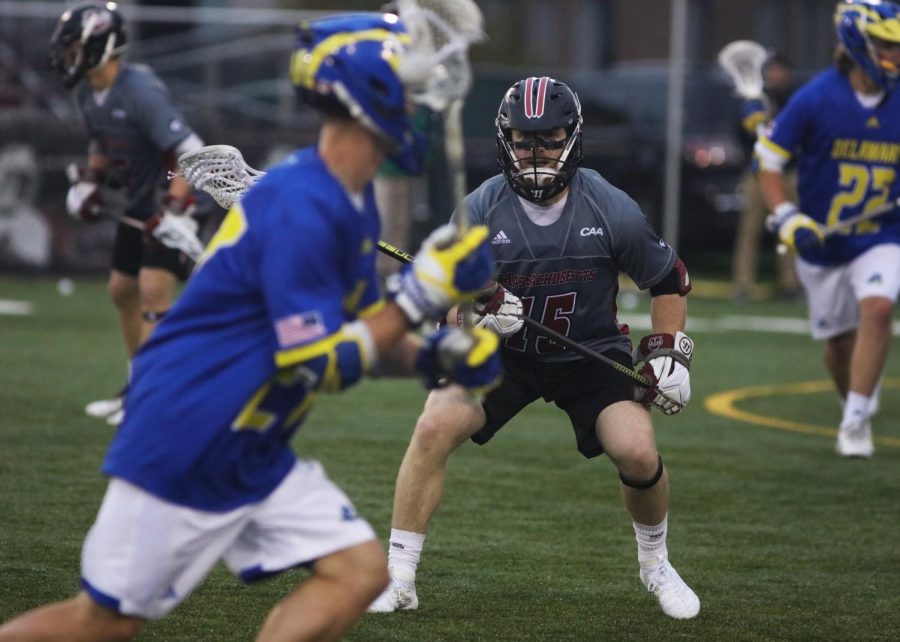 Former Massachusetts men’s lacrosse long-pole Isaac Paparo signed a contract with the Whipsnakes LC of the upstart Premier Lacrosse League on Sunday, May 12th, Paparo told the Collegian. The 2019 Inside Lacrosse All-American and All-CAA First Team selection was selected by the Whipsnakes with the no. 16 overall pick in the PLL’s inaugural draft in April.

“Honestly, I thought it was a great opportunity to play against the best talent in the world,” Paparo said of signing with the PLL, “and that was really a pretty simple decision.”

Paparo said that it’s a one-year contract with the league, not the team. He said the deal includes health insurance and equity for the players, confirming reporting by Bloomberg back in October during the early publicity stage of the league. His understanding is that the players can “buy shares in the PLL,” though he is uncertain of the details of the equity opportunity for the players.

Paparo declined to comment on his compensation from the deal, but said, “my decision was not salary-based. It was the opportunity to play up and to play against great talent.”

Founded by former Major League Lacrosse player Paul Rabil, the PLL will follow a barnstorm model. From June 1st to September 21st, the league’s six teams will play weekend games against each other at the same venues, which vary from weekend to weekend but are all set in major American and Canadian cities. The upstart league will compete with Major League Lacrosse, whose 2019 regular season runs during a similar period, from May 31st to September 21st.

Now that he’s signed, Paparo said he will travel to IMG Academy tomorrow to report for training camp, which takes place for five days from May 17 to May 22. All PLL teams will conduct their training camps at IMG to make for a “massive” convergence of talent, said Paparo.

In the offseason, Paparo, who finished with 95 caused turnovers, 183 ground balls, and 15 goals over his career at UMass, will return to take graduate courses in business and data analytics while volunteer assistant coaching for Greg Cannella and the lacrosse team. Paparo said he would like to follow in the footsteps of assistants Jake Lisauskas, Jeremy Phelps and Kurt Hunziker, whom he called “just awesome mentors for the players.”

Paparo is excited to assistant coach at his alma mater, but said, “anybody who plays lacrosse would probably want to do this as a full-time profession.”

“So, hopefully the league sees success this year and the sport continues to grow nationwide so that guys do have the opportunity,” Paparo said. “And hopefully that kids can be more motivated and say, ‘You know what, there is an opportunity to play professionally. This is a sport that I love and I’m gonna continue to play.’ That’s the goal.”