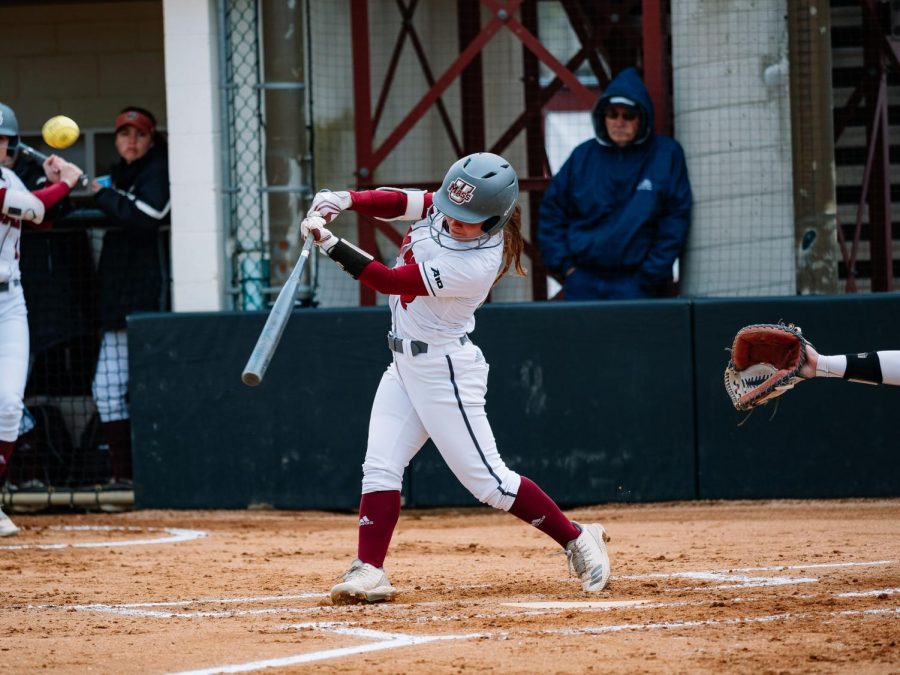 After their series last weekend against Dayton was lost due to rain, the Massachusetts softball team’s season finale against George Mason could not be played for the same reason. The Minutewomen and Patriots split the double header on Saturday with George Mason taking the first contest 6-5 and UMass securing a 4-1 win in game two before Sunday’s contest was washed away.

UMass (25-20, 12-5 Atlantic-10) has been dealing with cancelled games, delayed flights, and long trips home all season long. They were unable to play eight games this year due to weather, with seven of those coming during conference play. The rainouts proved critical to the A-10 standings as UMass ended the regular season in second behind Fordham despite having one fewer losses than the Lions but having played five fewer games.

“I have been telling these kids all year that you are in control of your own destiny,” coach Kristi Stefanoni said. “When you do get to play games, you can control the outcome that you have. We have hit some tough breaks, and could it be a little different in the standings? It is a little unfair, but we were, and still are, in control of our own destiny.”

In their last Saturday doubleheader of the season, UMass earned a split.

The victory in the second game could be attributed to heads-up baserunning and a dominating pitching performance from Kiara Oliver. UMass only had six hits during the contest, all of which were singles. But the Minutewomen still managed to push four runs across. None of the runs were driven in by a base hit.

Melissa Garcia started the scoring in the fourth when she reached on a fielder’s choice which brought home Erin Stacevicz. Kaitlyn Stavinoha would scamper to the plate on a passed ball to bring in the second run during the next at-bat. Finally, Caroline Videtto scored the third run of the inning on a Danielle Ellis grounder to short.

UMass plated their final run of the game in the next inning when Kaycee Carbone lifted a fly ball right field allowing Riley Gregoire to tag up from third and score.

The Minutewomen stole three bases in the contest, with Videtto stealing second before scoring in the fourth. Being aggressive on the base paths was an adjustment the Minutewomen made in between games.

“Before the second game started, we talked about having better baserunning,” Stefanoni said. “In the first game we were only really going base-to-base. We talked about taking some extra bases and getting a better jump if we were stealing and that’s what we did. We capitalized on that big time.”

The four runs were more than enough for Kiara Oliver, who only surrendered three hits and one run to earn a complete game victory and push her record to 9-11 on the season.

It was the second appearance of the day for Oliver, who entered the first game in the fourth inning for Quinn Breidenbach. Breidenbach allowed eight hits and four runs in just over three innings of work before giving way to Oliver. Oliver was not as good in her first outing, giving up seven hits and two runs in relief.

The game started off positively for the Minutewomen as Kaitlyn Stavinoha hit a solo home run in the first inning. With the homer, Stavinoha has launched three big flies in her last five games. Kaycee Carbone added a three-run shot in the fifth, her first since March 13 against Stetson, although she narrowly missed one in UMass’ last home game against Providence.

With the three and four spots in the lineup typically reserved for the power hitters, Stavinoha and Carbone are providing exactly what UMass is looking for.

“They have always been like that,” Stefanoni said. “It is their senior year, so it means a little bit more as it starts to wind down.”

The two will look to continue to hit for power as they head into their final Atlantic 10 tournament, which takes place on Sortino Field. The tournament begins on Wednesday, but UMass begins action on Thursday at 1:30 against the winner of George Washington and Saint Louis.