With its back to the wall, UMass delivers against Saint Louis 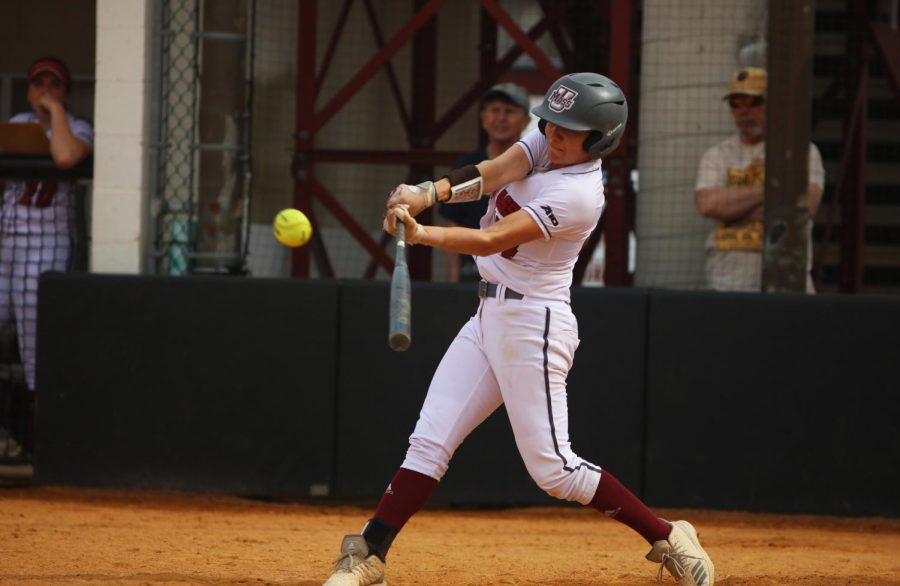 With its season on the line in an elimination game in the Atlantic 10 Tournament, the Massachusetts softball team fell behind Saint Louis 3-0 in the third. In the bottom of the inning, UMass loaded the bases and had its two most powerful hitters about to step into the batter’s box with a chance to shift the momentum in the game.

Instead of shifting in the Minutewomen’s favor, momentum went back in Saint Louis’ favor as Kaitlyn Stavinoha, batting third, grounded a pitch to the first baseman who threw the lead runner out at the plate. Kaycee Carbone grounded to second to record the third out.

UMass (26-21, 13-6 A-10) had the bases loaded with only one out and two of their most veteran hitters and team leaders coming to the plate and failed to score. To make matters worse for UMass, Sadie Wise led off the next inning with a home run. They went from having a golden opportunity to get runs on the scoreboard, to trailing by a greater deficit in a number of pitches.

The Minutewomen, who came in as one of the favorites to win the tournament, saw their season flash before their eyes. They needed a big inning to change momentum, and they got just that in the bottom of the fourth.

In the bottom of the fourth, UMass scored six times, with nearly the entire rally coming with two outs. Danielle Ellis walked to start the inning, but the Minutewomen recorded two outs as Kendra Allen flew to right and Kristina Day hit into a fielder’s choice. The next batter, Melissa Garcia, sent a pitch into left field to push Day into scoring position.

Garcia bounced back in a big way after struggling mightily against George Washington starter Sierra Lange earlier in the day. She saw herself demoted from fifth in the UMass lineup down to eighth after she struck out three times.  In the second game, she went 2-for-3 and added an RBI in the fifth.

“She is one of our biggest competitors and she wears her heart on her sleeve,” coach Kristi Stefanoni said. “Moving her down wasn’t because she isn’t a great hitter. It was good for her. I thought she did a really great job.”

After Garcia singled, Riley Gregoire got on for the second consecutive inning with a single. With the bases loaded, Hannah Bunker delivered like she has most of the season. Her single to center field plated Day for UMass’ first run.

If there is ever a big inning for the UMass offense, chances are high that Bunker is right in the middle of it, and Thursday was no different.

“I was just going up there knowing that we needed to get a hit and start a rally,” Bunker. “I don’t know, I just trusted in myself and knew that I could get the job done.”

Bunker’s base hit brought Erin Stacevicz to the plate. Still down by three, Stacevicz singled and the throw to first got away, allowing Garcia and Gregoire to scamper on home.

The next batter was Stavinoha, who was getting a chance to redeem herself after not pushing any runs across in the previous inning. This time was different. Stavinoha hit a pitch which landed harmlessly into shallow center field right in front of the SLU outfielder. The hit brought in two more runs and gave UMass its first lead of the day. Stavinoha would go on to score when Carbone doubled.

The inning was the turning point of the game, and UMass never relinquished the lead.

“We just knew we had to get it done,” Garcia said. “We knew we had to score runs. And especially scoring that many runs with two outs, it is just awesome. It is great hitting.”

Garcia continued the great hitting in the next inning when she hit a double and added an RBI. Amy Smith, who entered the game as a pinch hitter, came around to score for the seventh run. The extra run was more than enough for Quinn Breidenbach, who came on in relief and earned the 7-5 victory.

UMass will hope to carry forward the momentum it got in that fourth inning when it takes on Fordham on Friday. First pitch is set for 1:30 p.m. and once again, it is an elimination game for both teams.