Touri: Matt McCall has his energy back

Pace, passion, and finding a voice 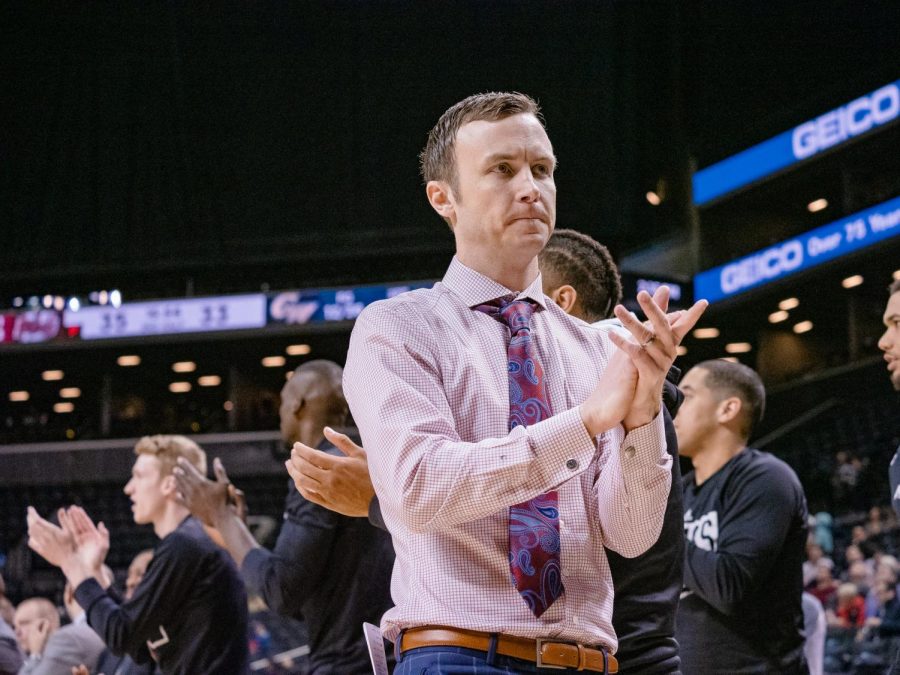 Matt McCall is not that hard to read.

I guess “read” isn’t the right word, it’s more an auditory thing than a visual one; McCall is a very loud guy by nature, and when he’s not, there’s a reason.

He was quiet a lot last season. He was quiet in the Barclays Center hallway after UMass was bounced in the first round of the A-10 Tournament after blowing a 14-point lead to George Washington, he was quiet after a blowout loss to Dayton that turned into an Obi Toppin dunk showcase at Mullins and he was especially quiet the day after the Minutemen were smoked on their home floor by conference bottom-dwellers Fordham, a loss so embarrassing McCall banned the team from their sparkling practice facility and held sessions at the old Curry Hicks Cage instead. 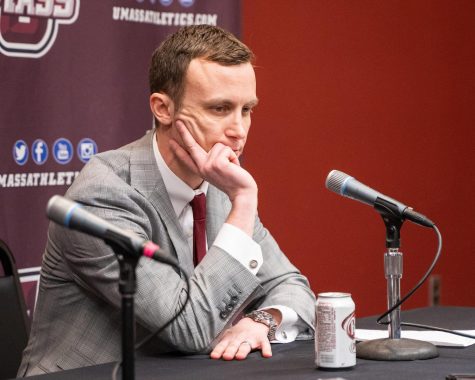 Matt McCall after the Minutemen were blown out by Dayton in February.

From the first day of 2019, when the calendar turned and Atlantic 10 play started, he wasn’t loud, he wasn’t energetic, he wasn’t the same guy he was during his first season in Amherst. Even big wins like the upset over Davidson brought something closer to relief than joy, and he was down and soft-spoken more often than not.

It’s been about four months since that hushed conversation in Brooklyn in March, and a lot has changed. So maybe it wasn’t all that surprising when McCall burst into the executive suite of the Champions Center last week shouting my name, halfway yelling at my girlfriend — along for the trip — as he introduced himself (he was very, very polite, just very, very loud) and flashing a bounce in his step that I hadn’t seen in almost a year.

Once we settled into his office and I asked how he was, he said “I’m good, man. I’m really good.”

He hasn’t spoken that way in a long time.

With the full roster finally on campus, McCall called the first couple weeks “great. I think from an energy and effort standpoint, I think there’s a different level of excitement right now. I give our older guys a lot of credit, you know, bringing those guys in, molding and starting to become a team. Out on the court, in the weight room, everything. It’s been very, very positive. It’s a young group, but they’re eager to learn. There’s a tremendous amount of character and substance, which is what you want. We’ll tweak our fundamentals, we’ll do all that, but we’re just trying to get them used to playing a fast pace. We haven’t been able to do that the last two years based on our roster. And now, how hard it is to play at that pace. We’re just trying to set that tone right now.”

Energy, effort, pace, excitement, character, substance — if you spend enough time talking to McCall about the game of basketball and made a word cloud, those would be the words taking up the most space. Throughout last season, he talked quietly about wanting those things. Last week, he spoke loudly and proudly about having them.

I know, I know: it’s all just talk. But I’m personally of the opinion that McCall can be very successful with the right kind of guys, but they have to fit specific personality type. McCall, and I like to think he would agree with this assessment, is a high-energy, overcompetitive lunatic; I think he needs high-energy, overcompetitive lunatics to succeed, and the ceiling for that success is really high.

The fact that he has his voice back and he’s loud again and energetic again could very well mean nothing — but I don’t remember this attitude at the start of last fall. I remember thinking in early October that he seemed a bit more reserved than he’d been a few months prior, that he wasn’t as excited about year two as he was about year one. Three months out from year three, and the excitement is back. 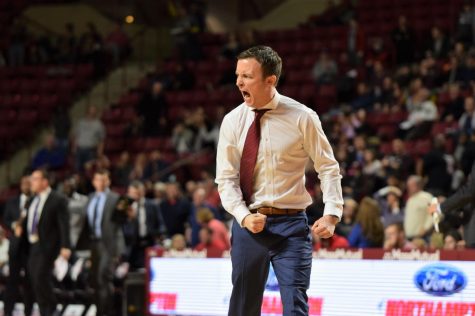 During our conversation, McCall talked a lot about effort; specifically maximum effort day in and day out, running from drill to drill and keeping the intensity sky-high throughout practice, and he seems to be pleased with the early results. With seven freshmen, there’s of course been a learning curve for many.

“You know, I think some of our guys played for terrific high school programs,” McCall said. “Especially when you get into the prep school ranks, you know, those guys are used to a ‘college-like’ practice, because there’s so many good players on the floor with you at your school, and (they’re) used to working that hard. There’s other guys that are younger, that haven’t, that are getting pushed and stretched. And it’s uncomfortable at first, because you’ve never had to work this hard. You’ve always been the best player on your team, and at times you could coast and that’s the learning curve for young guys — everything is ramped up. Everything’s harder than where you were previously.

“It’s just constantly getting and holding them to the standard of bringing tremendous attitude and effort every single day. So I think it’s been good. But obviously, we’ve got to continue to teach them on what exactly that looks like.”

For the last two years McCall has talked about wanting to press, and for the first time that seems like an inevitably rather than wishful thinking, with the proper depth and a team that’s getting used to that sort of pace from the jump.

“Obviously games and different things dictate (that), injuries too,” McCall said. “But right now, you know, we play 10-11, guys, and we need to try to create as many turnovers as we can to get some easy baskets. We’ve been implementing it all summer already. It’s been kind of a focal point. And again, getting them used to playing a frantic pace has been our main focus. But if you want to press you got to be committed to it. And we’re committed to it.

“Still some unknowns with the young guys to see how deep we will be really, but what I’ve said to them is this: who plays the most even going into August and later on in November, a lot of it will be determined on how hard you play. Are you giving maximum effort. I can deal with mistakes, but are you going 1,000 percent, as hard as you can possibly go? I just think it’s still early to tell what we’re getting out of every freshman right now. But I think we’ve got a lot of time here, and we’re excited about it.”

There’s plenty of reason to still be cautious after last season’s train-wreck. I’m the guy who picked UMass to finish fifth or sixth in the A-10 and wondered if there was a chance for them to snag a double-bye for the tournament, so I know damn well the perils of getting too excited about things too early.

But for the time being, the excitement and the energy is there, and I can’t help but wonder if that means something. I can’t start leaping into predictions because so much of this team represents, as McCall said, unknowns. I assume Tre Mitchell’s going to be very good next season, but is he Obi Toppin good (I don’t think he’ll be throwing down any between-the-legs dunks this season but you get what I mean) or Malik Hines good? Is TJ Weeks going to be as productive as Carl Pierre was as a freshman? Will C.J. Jackson and Preston Santos earn real minutes on the wings? Can John Buggs or Sean East or Kolton Mitchell run the offense? My answer is “I have no clue” on all counts, and none of us will know for several months.

For now, Matt McCall has his voice back, he’s got his energy back, and I’ve got reason to believe he might know something we don’t.