A look back at Tame Impala’s debut album ‘Innerspeaker’

The first installment of a three-part series 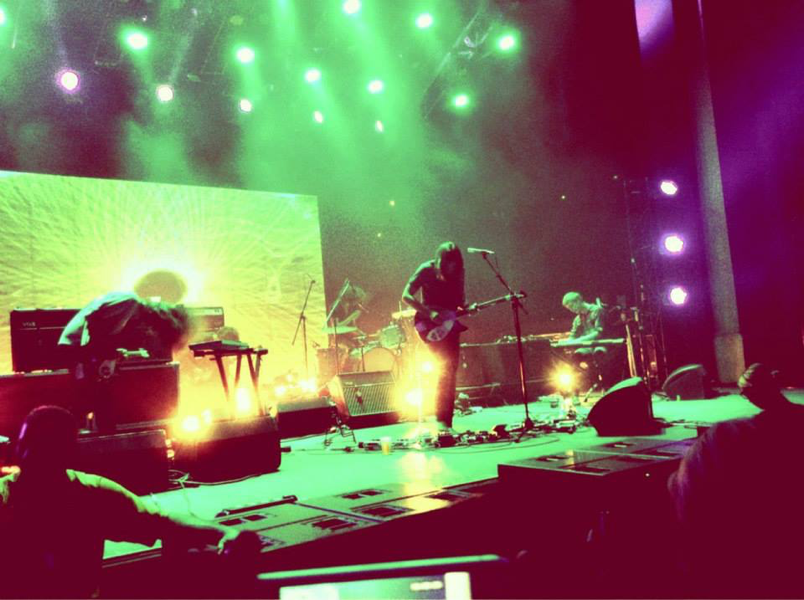 With a recent stint of summer tour dates coming to an end for musical talent Tame Impala and a possible fourth album on the horizon, I feel it fitting to write a three-part series breaking down the three-album discography of the Australian genius behind the music, Kevin Parker.

Once asked by an interviewer for B-Side, “Do you consider yourself a rock and roll band?” Kevin Parker replied, “No, because we’re not rock and roll and we’re not a band.” The idea of Tame Impala being a band is a common misconception held by listeners and viewers of their stimulating live performances. The concept and music of Tame Impala comes together through Kevin Parker writing, composing, recording, producing and mixing the music himself. This, along with the occasional guidance of producer Dave Fridmann and friend Jay Watson, makes up Tame Impala’s debut album, “Innerspeaker.”

After signing with Modular Records in 2008, Tame Impala released “Innerspeaker” in May 2010. After receiving an 8.5 on “Pitchfork,” a music review website, “Innerspeaker” was met with critical and widespread acclaim. The record takes notes and influences from the sixties and seventies era psychedelia, while incorporating an earful of effects and modulations that send the listener in to a psychedelic trance.

Kevin Parker’s heavy use of guitar effects gives the album quite a unique sound that instantly captivates listeners. Once you get past the wave of sound that persists in almost every song on this album, you can hear Parker’s introspective lyricism relating to isolation, unreciprocated love, anxiety and hopelessness. On the opening track “It’s Not Meant to Be,” Parker details a love for a girl who doesn’t reciprocate his feelings. As “And I boast that it is meant to be, but in all honesty, I don’t have a hope in hell,” echoes into space, it is backed by a hypnotic, phasing guitar rift and chord progression that flow in between the lyrics.

Another stand-out track on this album is “Why Won’t You Make Up Your Mind?” – a song which still lives on the Tame Impala live performance set list today. As it is the only song from “Innerspeaker” to still be in the main rotation of songs played live, it says something about its longevity and significance to Kevin himself. The four main lines of this song act as a mantra for the singer, a style that finds itself on the first track of Parker’s second album. With these four simple lines, Kevin Parker conveys a message many listeners may find themselves familiar with when thinking of their past life.

A relationship is painted for the listener, but it is a relationship with one side not fully sure if they want commit to things going further or not. The last two lines see the singer not wanting to wait any longer. Living in their head too much slowly pushes them to make up their own mind about the situation and not wait for someone else. I think of “It’s Not Meant to Be” as a companion to this song. These few lyrics are almost background to the hypnotic, ethereal chord progression that incorporates heavy use of reverb, modulation and delay, all giving the song a certain atmosphere that keeps the listener hooked. This occurs simultaneously while being bounced between your head with a stereo pan. “Why Won’t You Make Up Your Mind?” was also sampled on A$AP Rocky’s 2018 single, “Sundress.” A$AP Rocky performed this song live with Tame Impala at Coachella this past year.

One of the more pop driven singles on this album is “Solitude is Bliss.” This song finds itself at the halfway point of the album and acts as a refresher with a dancing, driving drum pattern and infectious, phasing guitar riff that hooks the listener instantly. With lyrics like “Nothing else matters, I don’t care what I miss. Company’s okay, solitude is bliss,” this loner’s anthem combines introspective lyrics with an exciting, catchy rhythm.

“Jeremy’s Storm” features two guitars, a bass and a brewing storm effect that hooks you with an infectious melody and builds to an energetic frenzy of sound. Every instrument advancing this storm of mayhem further and further; eventually building to an earful of blowing wind, chaos, and excitement, “Jeremy’s Storm” is best listened to on a drive through downpour of rain.

With “Innerspeaker,” Kevin Parker carefully orchestrates a lo-fi wall of sound with a pallet of effects. Due to the success of “Innerspeaker,” Parker began recording his second album in the following months after the release. “Lonerism” takes “Innerspeaker” and amplifies it in every way. Parker creates different sounds and melodies through an array of effects and recording techniques to formulate a vastly unique atmosphere. “Lonerism” sets itself apart from other popular artists in 2012 and even today in 2019 it’s still as refreshing as ever.