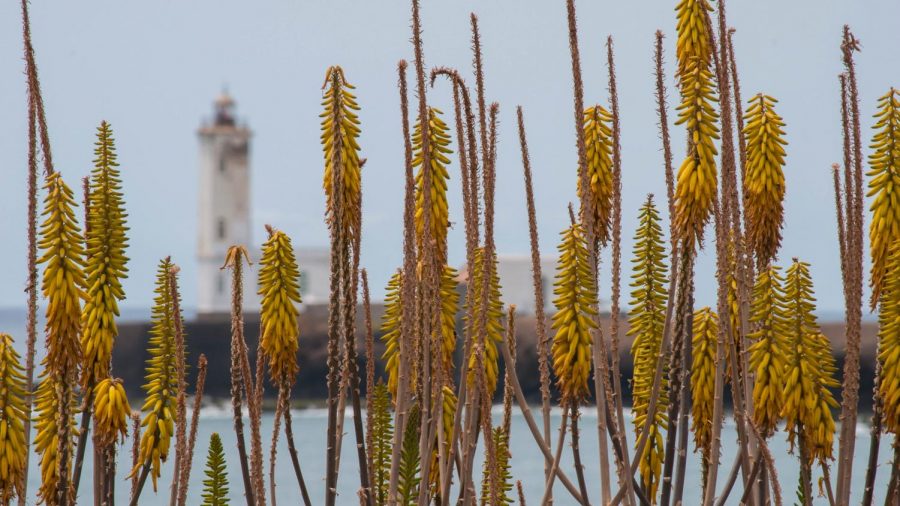 Having moved from Cape Verde to the United States when he was three, senior biochemistry major Cristiano Mendes learned about the African Party for Independence of Cape Verde, also known as PAICV, mostly from Wikipedia.

When he heard the party’s current and first female leader, Dr. Janira Hopffer Almada, would be visiting the University of Massachusetts, Mendes jumped at the opportunity to attend.

On the invitation of the Cape Verdean Student Alliance, Hopffer Almada came to the University’s Malcolm X Center on Monday night to inform and have a conversation with Cape Verdean students and Cape Verdean Amherst residents about some of the islands’ hot-topic issues.

A country made up of 10 islands, Cape Verde was previously a Portuguese colony. Through a resistance led by Amílcar Cabral and the African Party for Independence of Guinea Bissau and Cape Verde (PAIGC), Cape Verde, together with Guinea Bissau, gained independence in 1975, Hopffer Almada said, paraphrased by Chantal Lima Barbosa.

It was an independence won in a large part thanks to women.

Although women still play a part in the government, Hopffer Almada made it a point to say that gender equity is still an issue; only three out of 12 ministers are women.

Women should have not only “a seat at the table,” but also the resources to succeed, Hopffer Almada said.

Hopffer Almada herself has been facing gender discrimination ever since she entered Cape Verdean politics in 2011. Nevertheless, she has been fighting the discrimination by “being persistent and consistent” in her leadership.

As a political leader, one of the things Hopffer Almada has been fighting to improve is education.

Although education is something that is central to Cape Verdean independence, Hopffer Almada said that in recent years, the government has cut back on providing educational resources, such as transportation to get to school, meals at school and school supplies.

Hopffer Almada blamed the decrease of educational resources on the current ruling party, the Movement for Democracy (MPD) and “challenges” them to provide those resources again.

At first, PAICV was the only political party in the country, but a second party, the MPD was founded in 1990, according to Lonely Planet.

Since then, the MPD and PAICV have governed Cape Verde on and off, with the MPD having won the most recent elections in 2016.

On top of education, another issue in Cape Verde is transportation. According to Hopffer Almada, planes are used to not only fly out of Cape Verde, but also between the islands.

And then when a diasporic Cape Verdean or Portuguese native lands on the islands, they have to pay a 30-euro security fee in order to enter the country, a fee that Hopffer Almada said could have been avoided if the MPD did not abolish visa fees for tourists from other countries.

Because of the cost, she now recommends Cape Verdeans to use the Portuguese airlines.

Hopffer Almada was also asked about human trafficking on the islands.

According to Barbosa’s interpretation, Hopffer Almada did not provide a straightforward response to either issue, instead stating that, generally, Cape Verde’s criminal justice system needs to be restructured.

Being able to meet and listen to Hopffer Almada provided a special opportunity for Cape Verdean students, said Sid Ferreira, director of Enrollment Services for the Residential Academic Programs and CVSA advisor.

Typically, Diasporic Cape Verdeans are only given “tidbits” of the political climate on the islands, Ferreira said, so being able to have a “firsthand account [through Hopffer Almada] is important” to being politically informed.

But being able to hear about the politics of another country also is insightful for students who aren’t Cape Verdean, Ferreira said.

He added that students “need to know that connecting with folks is important” for self-development and awareness.

Editor’s note: When introducing herself, Dr. Janira Hopffer Almada, the speaker of the event, said that while she can speak English, she feels more comfortable sharing her ideas in Kriolu, her native language and the common language of Cape Verde. In turn, Lima Barbosa, who is the manager of SORC and former member of CVSA, acted as both the moderator for the event and the Kriolu-English interpreter. The reporter, Rebecca Duke Wiesenberg, is not proficient enough in either Kirolu or Portuguese (which is a related language); anytime Hopffer Almada is quoted, it is in full attributed as “…as paraphrased by Lima Barbosa.”