Shelter’s opening was uncertain due to staff resignations in July 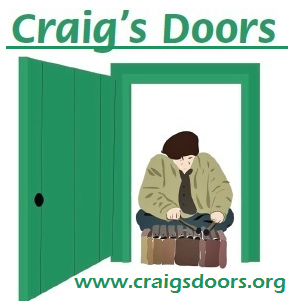 Craig’s Doors, a non-profit that works to support the homeless in Amherst, is scheduled to open its homeless shelter on Nov. 1 in time for Massachusetts’ frigid winters. While the schedule was intended from Nov. 1 to April 30, the timeline was unknown after the organization closed in July and operated only sporadically in August.

On July 15, Craig’s Doors suffered a significant loss after the non-profit’s only full-time staff resigned after their board of directors failed to meet demands that the staff felt were necessary, according to reporting from the Daily Hampshire Gazette in July. These resignations led to the organization closing, resulting in a lack of resources for Amherst’s homeless population.

In a June 4 letter to the board, previous executive director Jade Lovett presented a list of demands necessary for Craig’s Doors “to become a functional, ethical, stable working environment.” The letter called for the board to draft a strategic fundraising plan, develop a clear set of bylaws for the organization and remove Jerald Gates from the board of directors.

Before closing, the non-profit offered the homeless services, including an emergency shelter, a resource center, community breakfasts and a rapid rehousing program. Craig’s Doors is also a “behavior based” or “low threshold shelter” meaning the shelter will take in individuals who are “struggling with active substance use and/or unrelated mental illness” as long as “their behavior does not endanger the safety of staff and other guests,” Craig’s Doors website reads. This is not the case with other local shelters that follow a strict sober policy.

In August, Craig’s Doors opened intermittently to offer limited services. The organization made this choice so that individuals were still able to fill out applications for work and housing, receive their mail and store belongings.

“While Craig’s Doors is undergoing a transition in staffing, funding for the coming year is secure, and it is my understanding that the [board] is confident the shelter will be staffed and operational with many of the same parameters it had last shelter season,” said Town Manager Paul Bockelman.

In a report to the Town Council, Bockelman shared local concerns about homeless people camping on private property and stated that theState Division of Housing and Community Development is working with the Board at Craig’s Doors to create an improvement plan.

“The Town is actively assisting the State and the Board as they explore multiple options for ensuring that the Shelter is able to reopen on time Nov. 1 under the same model as in prior years, Bockelman wrote. “This is a very large challenge and Town staff are fully engaged in the process.”

Currently, Craig’s Doors’ board is looking into meeting some of the previous demands while working to hire new employees.

“We’re working hard to reorganize and there’s a lot to do,” Gerry Weiss, president of the Craig’s Doors Board, told the Daily Hampshire Gazette.

“We have confidence that if the Board steps up to the plate by completing these requests and addressing the issues that have troubled the organization for years, new staff could be hired to run the shelter by the fall,” Lovett told the Daily Hampshire Gazette.

Bockleman is also confident that the town has the resources to pick up the slack until Craig’s Doors reopens.

“The Town provides significant resources to support those who are experiencing homelessness. Police, fire, emergency medical services and other town departments devote ample resources to working with individuals in need,” said Bockelman. “Police, in particular, have shelter liaisons who are available to guests of the shelter on a regular basis.”

As the nights get colder, Amherst’s homeless population is scrambling to find places in local homeless shelters while hoping that Craig’s Doors opens as expected.

Bockelman noted most of the local services are provided through non-profit organizations such as Craig’s Doors. He also listed other organizations including The Amherst Survival Center which offers hot-cooked meals, clothing and camping equipment and the Musante Center, located in the Bangs Community Center, that provides free health care.

In addition, Amherst’s Health Department Website lists resources in the area to impoverished members of the community. These resources include Amherst Community Connections and Family Outreach of Amherst.