Learning from Lara Spencer and the dance community 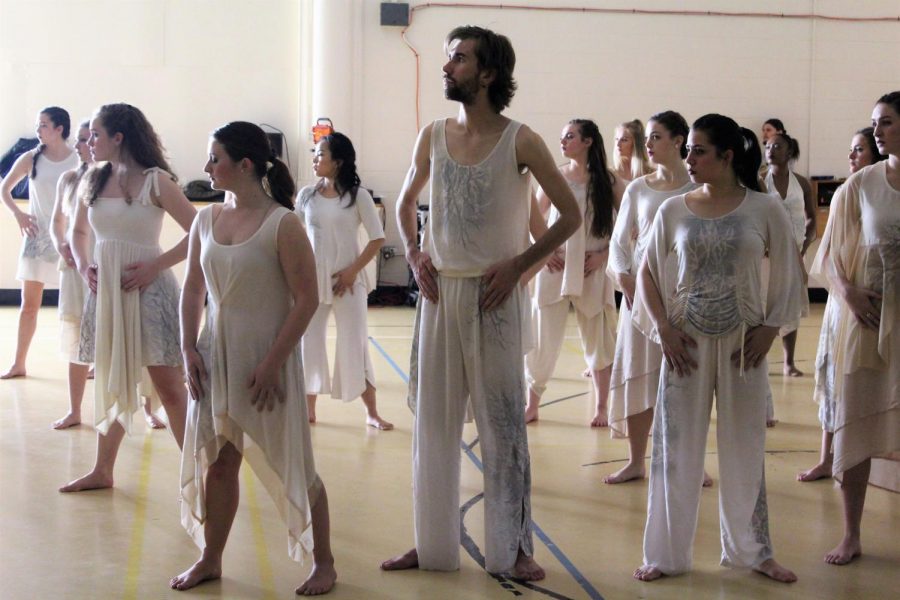 The world felt the power of the dance community after Lara Spencer, co-host of Good Morning America, made fun of Prince George for taking ballet lessons. In a segment covering the future king’s new school curriculum, Spencer mocked the 6-year-old, jeering, “Prince William said Prince George absolutely loves ballet. I have news for you Prince William, we’ll see how long that lasts.”

The audience behind Spencer laughed as the host implied that the young boy would grow tired of his dance classes, perhaps for a perceived lack of masculinity or athleticism. The dance community was quick to respond with torches and pitchforks aflame in the form of social media condemnation. In the span of a week, dancers experienced humiliation, confrontation and ultimately triumph, literally taking to the streets dancing, to celebrate Spencer’s eventual apology. Spencer’s failed punchline was ripe with societal misconceptions and biases. The assumption that boys should not dance is outdated and offensive on several levels. I could write a whole book on just how wrong Spencer was, but I will spare you all and summarize quickly: simply put, she really messed up. As unfortunate as the situation was, it did shed light on several lessons to be learned.

The response to Spencer’s comments was surprisingly refreshing. On Monday morning, Spencer sat down with three of the dance world’s biggest stars, Robert Fairchild, Travis Wall and Fabrice Calmels, to discuss the impact her comments left on them. The men delved into the humiliation and shame they often faced as young boys growing up in a world that did not understand their passion. They explained the profound effect their art had had on them and their desires to inspire future generations of male dancers. In the end, Spencer apologized, explaining how their conversation had left her with a better understanding of her mistake and a newfound respect towards ballet. Following their interview, the men led a ballet class in the heart of Times Square, a victory lap in the face of ignorance.

Trading feelings of bitterness and fury for patience and forgiveness, Fairchild, Wall and Calmels were the perfect figureheads for the dance community. Spencer was willing to listen and face the situation with grace and humility. The mutual respect made for a productive and valuable learning experience, a rarity in today’s new internet age of “cancelled culture.” Cancelling is the digital era’s version of vigilantism, with Twitter acting as the grounds to parade the fallen through, shaming them with hashtags and GIFs instead of stones or rotten fruit. Though users advocating for political correctness and justice have the best intentions, I worry that the new trend of ending a person’s career the second they make a mistake is a hasty, and quite frankly dangerous, solution.

In the days following Spencer’s blunder, some called for her to be removed from GMA. What would anyone have to gain from this outcome? Spencer would have walked away with a new resentment towards the ballet dancers that had called for her firing, most likely with little desire to learn more about the art form. Dancers would not have had the platform to explain themselves. No one would have won.

I should be clear that bigotry and ignorance should never be given a free pass. When people make comments that hurt others, there needs to be an immediate response and they should be held accountable for their actions. However, simply labeling someone as “cancelled” and moving on with our lives, is a lazy response. Moments of ignorance are opportunities to educate and to build a bridge, rather than meet ignorance with rage and push others away.

Those on both sides can learn from this scenario. Like Spencer, those who find themselves on the receiving end of Twitter’s fury should realize that a half-hearted social media apology does not cut it. Actions speak louder than words. Taking the time to sit down with those who you have offended, to listen to them, to let them explain why they were hurt by your words is the best possible response. On the other hand, we all must remember that everyone at some point in their lives will say something that they regret. It is alright to forgive. Let us use social media to start larger narratives, share what we are passionate about, and advocate for what is right. And at the end of the day, dancing in the streets is always a perfect response.

Emma Garber can be reached at [email protected]