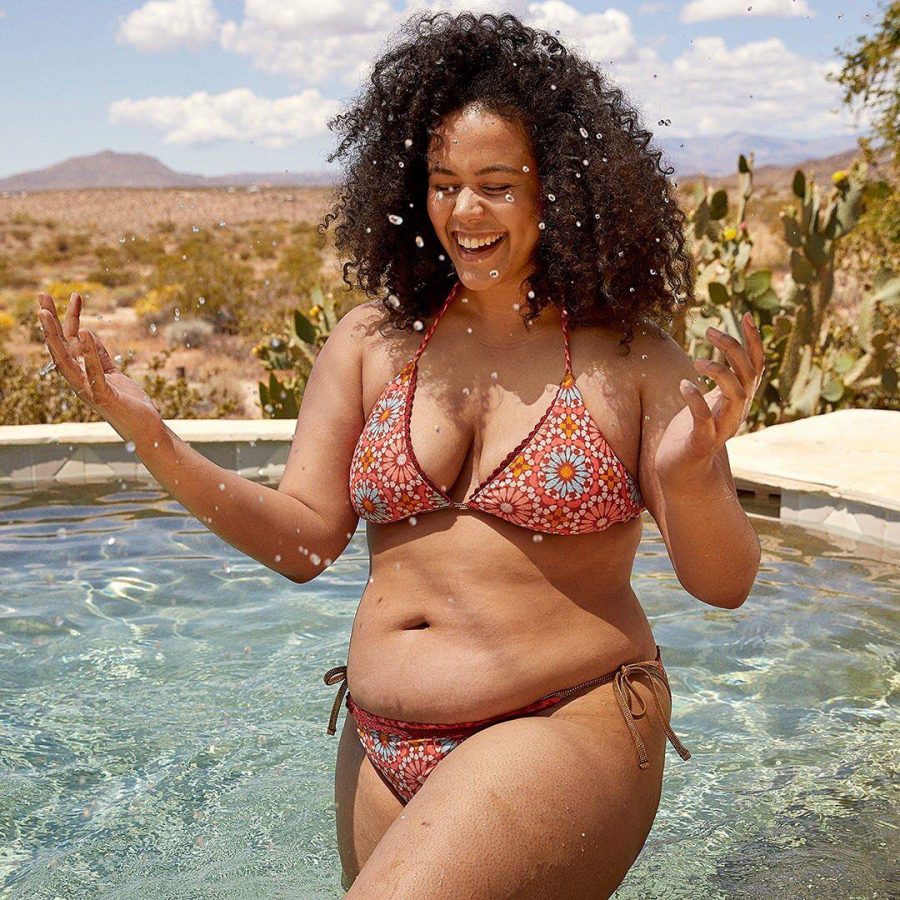 As a child, I would flip through magazines and see advertisements of girls and women who were fair-skinned, tall and slim. Their arms and legs would be airbrushed smooth with an even tan, and I’d be sitting on the floor wondering why their bodies looked like that and mine looked like this. Only a few years later would I become aware of the deceiving nature of the modeling and fashion industry.

Growing up as a plus-size woman of color, the lack of representation in the fashion industry made it difficult for me to validate myself as a worthy and beautiful person. Since then, many companies within the industry have made strides to include a diverse selection of models, and although these efforts have created a great deal of positivity, they also show how much work there is still left to do.

Target, Aerie, Old Navy, ASOS and ModCloth are companies that encourage body positivity and have taken the steps to involve the body positivity movement into their marketing strategies. By using models of different sizes, races and abilities, these clothing companies have increased their reach and reputability for customers.

Aerie is a company that stands out more than the others in terms of body positivity. In January 2014, Aerie released a campaign titled  “#AerieReal.” The purpose of this campaign was to introduce models that were of varying races, ages, abilities and sizes. What distinguishes this campaign from other body positivity campaigns is that Aerie does not digitally retouch or edit the bodies of the models they use. In addition, they stopped using supermodels for their clothing promotions. This means that the models photographed have stretch marks, noticeable cellulite and natural, unaltered bodies. Not only are these changes good for publicity and for society in general, but they are also more economically beneficial for the companies. By eliminating the expense of digitally editing photos,  these companies do not have to invest money and time into constructing an ideal image to sell their products. By making these marketing changes, the company promotes a positive and healthy body image to their consumers.

While this progress toward image inclusivity has been significant, there are still problems that this industry has ignored. Hopefully, with added time and effort, more changes can be made to resolve them. An issue that has been brought to light is the convenience of the “plus size” concept — the plus-size models are bigger and hold weight, but only in the more favorable areas such as the breasts, thighs and butt. Their stomachs and faces are made to look unrealistically slim given their body type. While the plus-size modeling initiative began as a positive movement, it has shifted to only representing women with hourglass figures who fit the standards of being perfectly curvy. Women who do not fit this standard are not being represented, and this leaves us in the same place as before, a place where media representation does not reflect the societal representation.

As we open up this conversation about body inclusivity, it is clear that the conversation currently excludes men and gender non-conforming individuals. Still, plus-size men are rarely seen in the modeling or fashion promotion industry. A majority of male models are also white and able-bodied. Because women have been more vocal about this issue, there has been more progress. There is still a taboo nature to the topic of male body positivity because our society does not create a comfortable or space for men to express their thoughts and views about male representation in media. While these issues are pressing, and it may seem as though companies are not making strides to address them, there is one company that has dedicated a lot of time and effort into combating a lack of representation — ASOS. Currently in the fashion industry, ASOS has made its mark by including plus-size men to model clothing. In addition, ASOS collaborated with the organization GLAAD to create a capsule collection of clothing focused on gender neutrality. These shifts are significant as they continue the conversation of body positivity past women and make it applicable to men and gender-neutral individuals.

The purpose of shifting brands toward body positivity is to accurately represent society, which fosters confidence and dignity in youth. This is not only something that can be seen through social media and positive feedback, but through personal experience. Body positivity activists in the fashion industry jumped through several hurdles and worked hard to achieve the diverse representation we see today. While these accomplishments are worthy and significant, it is important to always remember there is always more work to be done — the conversation is just beginning.