Letter: Planning for a zero carbon and climate resilient future

What UMass is doing to address the global climate crisis 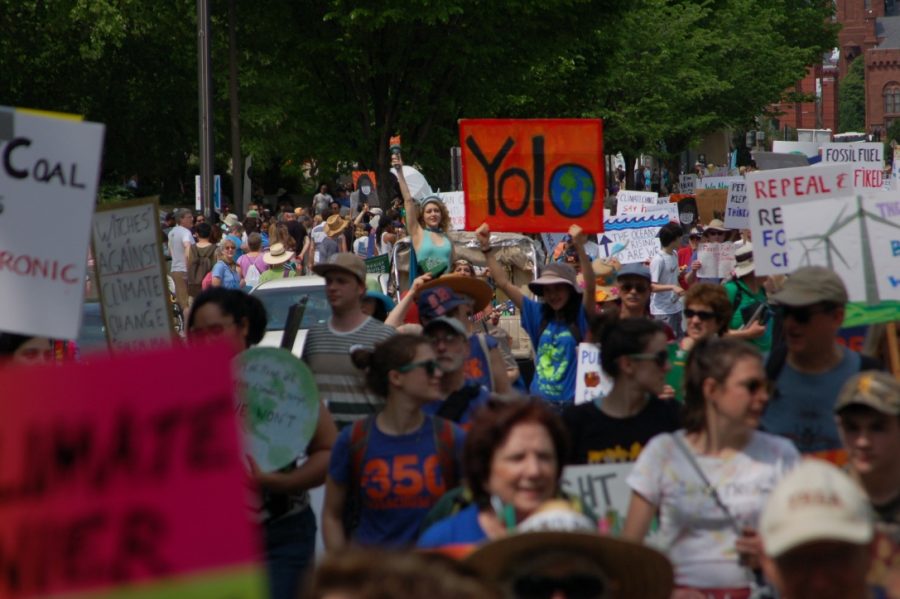 There is a global climate strike happening right now. A social movement of this sort, focused on immediate action, is what we need to transition from fossil fuels to ensure a livable planet and create a just and sustainable future for all.  Since some students, faculty and staff may be walking out of classrooms or offices on campus this Friday to go outside and be a part of this movement, I thought this would be a good opportunity to share with the campus community what the institution is doing to address this global climate crisis.

Our chancellor, his leadership team and many people across campus are serious about doing something not 20 years from now, but now.  You, the student body, are voicing concerns about your future, and we are listening. Toward the tail end of last semester, the chancellor – after discussing this with the Student Government Association president and other students, including those from the 100 percent Renewable Energy Campaign of MASSPIRG – charged the newly developed Carbon Mitigation Taskforce with developing a plan to achieve 100 percent renewable energy for the electricity, heating and cooling systems of the campus by 2025, or alternatively by 2030.

This is an incredibly ambitious goal to set, but it is on par with what the global scientific community has said we all need to do to avoid the worst impacts of climate change. To put this in perspective, there is a statewide effort right now to make the Global Warming Solutions Act more aggressive from 80 percent reductions of statewide fossil fuel pollution to 100 percent by 2050.  So, the University of Massachusetts is essentially saying, “Let’s try to beat that by 20 to 25 years!” The Carbon Mitigation Taskforce, made up of 20 students, faculty and staff from many different areas of expertise, is actually meeting on Friday to move this initiative forward.

One of the demands that the Climate Strike is making is for lawmakers to help protect and prepare our communities from the impacts of climate change that are already underway. The campus is also concerned about this and has convened a Campus Resiliency Taskforce, which has launched an initiative to develop a Campus Resiliency Plan. This effort has already begun developing the plan with Massachusetts-based consultant Linnean Solutions, the same group working with the Town of Amherst on its resiliency plan.

Our campus is a very complex system that in many ways operates as a substantial city. UMass has an energy grid that produces reliable power nonstop to over 13,000 student residents, thousands of offices and classrooms, the campus dining program, innovative research and state-of-the-art laboratories that support that research.  So much of this research is focused on addressing the climate problem from policy to technology development to social behaviors and acceptance of renewable systems. Some of our faculty have lead roles in the upcoming Intergovernmental Panel on Climate Change report, and there is a community of researchers on campus working to formalize into a new Energy Transition Institute.

An energy transition is not going to be easy or inexpensive. We are opening up the conversation this academic year far and wide on campus and with our surrounding community. If you are interested in being a part of either the Carbon Mitigation or Campus Resiliency planning efforts, we invite you to attend our meetings, which happen regularly.