‘Midsommar’ offers chills in the most unlikely way 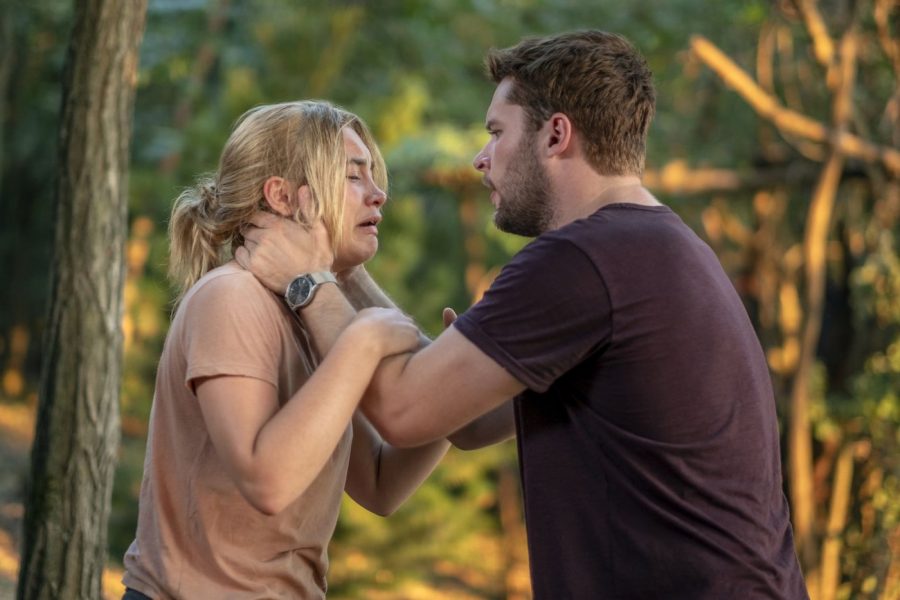 Walking out of the theater, I could not decide if I liked this movie or not. “Midsommar,” by Ari Aster was released this summer and Aster’s second feature film takes elements from cult horror classics such as “The Wicker Man” (1973) and Aster’s previous work ‘”Hereditary” (2018). The movie has horror elements but doesn’t quite feel like the typical horror that you might think of. There are no jump scares or scary monsters. The movie is intelligent and complex with its use of shot angles, perspectives and wacky colors to throw off the viewer. Aster constantly disorients the audience, which results in a uncomfortable experience. but after some thought I believe this is a great film that has many great aspects to appreciate.

The film starts off with a jarring experience which emotionally breaks the main character, Dani (Florence Pugh), for the duration of the film. Stuck in this rut, her longtime boyfriend Christian (Jack Reynor) has been contemplating ending their relationship. But with the inconvenient timing of the horrific event that occurred to Dani’s family, Christian feels obligated to stay with her. This doesn’t seem to be the smartest decision for either of them, as Christian is not invested in the relationship at all and Dani is slowly losing her mind. But then they get invited to a getaway in Sweden that Christian and his friends want to write about for school. So they decide to take the trip and visit a cult that has been around for decades. Invited by a friend they all don’t know very well (in typical horror fashion), she agrees, as she wants to keep her mind off the trauma she’s dealing with.

Up to this point, the movie follows a predictable horror structure. Story-wise it was unsurprising. But, like Aster’s previous film “Hereditary,” it had an unsettling feeling throughout the entire film. The story goes at a slow enough pace to let every emotion on Dani’s face resonate with the audience. The shots took their time, holding on close-ups for extended periods of time to make it a more visceral and personal experience for the viewer. Aster knows how to craft suspense and lets the tension build from the first shot of the movie.

The actors definitely do their part as well, especially Pugh in the lead. Each scene she is in is captivating. She steals your eyes as her light palette blends perfectly with the atmosphere Aster was building for the cult. She makes it surreal and provides the heartbeat of the film. The other actors and actresses all take a back seat to Pugh, as this is her show. But a standout from the others includes Reynor, who made me hate Christian from the first instants of meeting him. He does a phenomenal job of making Christian a loathsome yet pitiful character.

It was hard for me to pinpoint exactly what this movie was trying to tell the audience. I think “Midsummar” is a complicated mix of many different messages; some relationships aren’t worth it, finding who you are through loss and knowing who your real friends are. There are no physical threats thrown at our protagonist during the movie, the only things that happen are mental or social problems. Immediately, Dani is thrown into emotional turmoil, and from then on the movie has her fight against different psychological and mental challenges such as confronting her boyfriend, moving on from the traumatic experience and being surrounded by completely new, crazy people.

“Midsommar” was advertised as a horror film, but had much more heart and personality that the typical horror cash-grab you would find in theaters. When the credits began to roll, I didn’t feel as scared as I did so much disturbed. The movie made me feel fear, but not the fear of being haunted by a ghost under my bed, but fear that people can be so caught up in their beliefs that right and wrong are not fathomable for them any longer. The story goes in many different directions, but all coalescing into one final mind-blowing visual that sets a new standard for this type of psychological horror film. If you are looking for a horror movie, try “Insidious,” and if you want a psychological character piece with phenomenal acting and visuals, then “Midsommar” is the movie for you.

Aiden Savoy can be reached at [email protected]