“Rock is still alive and well” 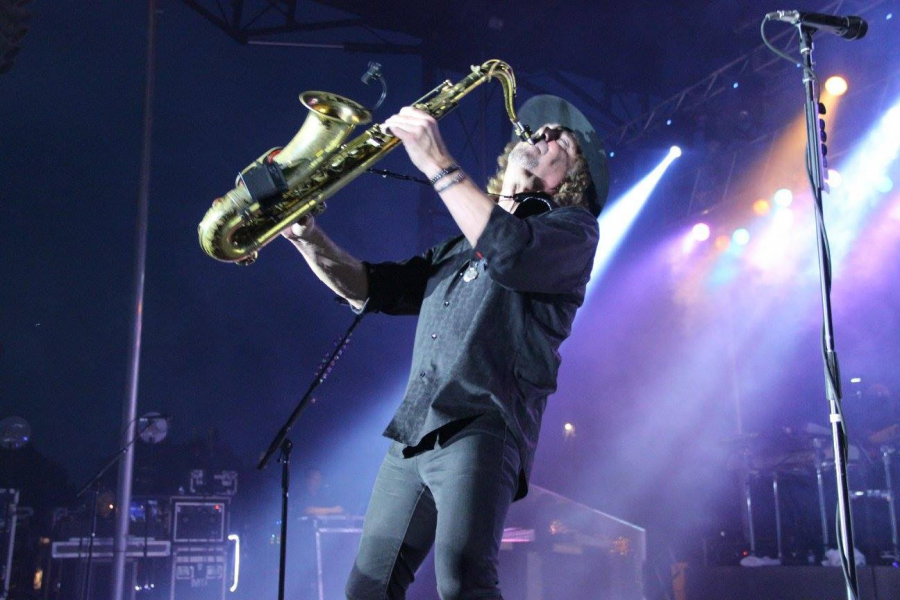 In an everchanging musical landscape, rock music has seemingly been left behind in the recent decade. Few modern rock bands have broken into the mainstream as frequently or with as big a splash as their pop, trap or country counterparts — a stark contrast to the 1980s, when rock dominated the top charts.

Foreigner, one of the major bands to influence the ‘80s with hits such as “Jukebox Hero,” “Cold as Ice” and “Urgent,” will perform at the Big E in Springfield on Sunday. Longtime member Tom Gimbel discussed his own career with both Aerosmith and Foreigner ahead of the show, giving his own commentary on his most memorable performances and what it’s like to be a rock star.

This interview has been lightly edited for clarity.

Matt Berg: Before joining Foreigner, you played keyboards, saxophone, percussion and sang backing vocals for Aerosmith. How did you become involved with them?

Tom Gimbel: I originally went to school in Boston at Berklee. After getting out of college, I started playing in bands because I was starving. I got a chance to build my way up through the club scene, and I worked with this great talent John Butcher. By mutual acquaintances between the Butcher crew and the Aerosmith crew, I got recommended when they announced they were looking for a new keyboardist who could sing high vocals. So I sent them a tape, and that was it.

MB: So, what was it like touring with them?

TG: It was high-level professionalism in those days. They had just done the whole clean and sober thing, and they were all into fitness. We were all lifting weights backstage and drinking carrot juice — nothing you would expect to see in an Aerosmith situation. We were doing blue green algae; that was our drug of choice. It was really fun, it was so much fun. Steven and I would practice our singing exercises every day before the show, and he would never sing until he did the warmups. He really takes good care of himself, and that’s why he’s still singing today.

MB: He was actually recently in Springfield performing, too. How is touring with Foreigner different than with Aerosmith, if at all?

TG: Boy, that’s a tricky one. There’s a lot of similarities … in those days it was Mick Jones and Lou Gramm, and I had just come from Steven Tyler and Joe Perry — it was always a two-man band. I expected to be boxed in [musically], and that was to be expected. But it was the opposite. Steven would say, “You guys sing, I’ll go take a drink of water. Tear the roof off the place!”

MB: You play a bunch of instruments, obviously. When performing live, do you switch from instrument to instrument throughout the concert?

TG: I do switch a little bit, from guitar to keyboard to saxophone and lots of singing in between. I always talk about the importance of singing.

MB: In recent years, many people have claimed that rock music is dead. What do you think?

TG: We’ve been seeing a real steady increase in our audience, and maybe it’s because there aren’t as many rock bands around. But I know that from our perspective, people still enjoy this music and they want to rock out. Some people are reliving old memories and some people are creating new memories. I’m actually pleasantly surprised to see that rock is still alive and well.

MB: You see a lot of young people at your concerts too?

TG: Yeah, and they tell us, “We wish we could find music that was cool like this or make us move like this nowadays.” But its just changed a little bit, music is always changing. There’s a lot of rock music now, it’s just in the country stratosphere.

MB: Since you’ve been touring for a couple decades now, do you have one or two concert experiences that are particularly memorable?

TG: You go back to Woodstock ‘94 with Aerosmith — that one stands out in my memory. Woodstock 2 had either 500,000 or 600,000 people, that’s insane! When they would applaud politely, it sounded like a jet engine taking off. It was so cool, man. I was doing a New Year’s Eve show with Foreigner in ’92 or ’93. A guy said, “We’re going to put you on TV as the ball drops hitting the note in ‘Urgent,’ and 65 million people will be watching.”

MB: And did you hit the note?

MB: You’ve been touring with Foreigner for 30 years. How is touring in 2019 different than touring in 1989?

TG: I don’t even know if we had microwaves in 1989. It’s very futuristic. When you have internet on the bus, you have cable and any movies you want. In the old days, you had a VCR and a copy of ‘Die Hard.’ The only communication was by payphone. In those days, getting on the bus was like getting on a space shuttle. See ya! There was no communication. Nowadays, families can stay together on Facetime, that was unimaginable 30 years ago.

MB: You mentioned that you attended Berklee College of Music for flute. With college being so expensive, would you say a music education is still worth it?

TG: I think so. There are so many branches of music, and new ones keep being discovered. Especially, I love the world of musical therapy. That is phenomenal. It’s everything from helping people move physically to rekindling memories, which they say as we get older is really good.