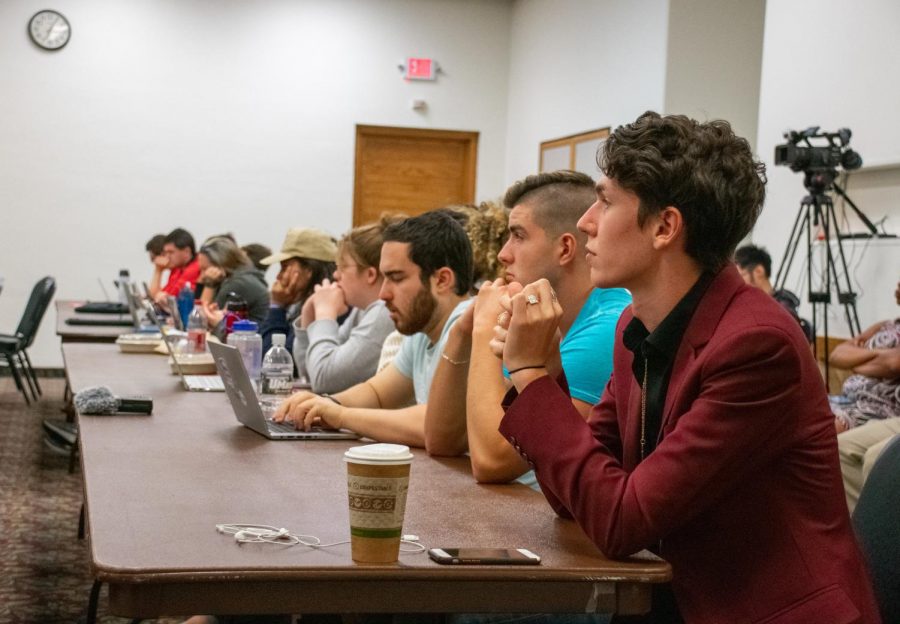 The Student Government Association had a full agenda for their first meeting of the year, including swearing in a new cabinet member and voting to not join a UN sustainability initiative.

Political science and theater student Uju Onochie was sworn in as secretary of the registry at the meeting, held Wednesday in the Campus Center basement.

“We have a really qualified candidate for this position,” said Vice President Hayden Latimer-Ireland said, “and it is really vital for us that this position is filled.”

Previously, Onochie was an assistant manager at the Student Engagement and Leadership Office and has previously worked at the student organization and leadership center.

Newly elected senators were also appointed to various committees, with the finance committee in particular looking for more members.

“They’re all great people, but we would like more,” said Moksha Padmaraju, chair of the Finance Committee and a senior economics and political science major.

Another major decision discussed was whether to join the United Nations Sustainable Development Solutions Network. The goal of the SDSN is to encourage people and organizations to work together to solve “interconnected economic, social, and environmental challenges confronting the world,” according to the United Nations’ academic impact page.

As a member of the initiative, the SGA would be responsible for working to achieve seventeen goals, created by the UN in 2015, related to sustainability. Some of these goals already align with the University of Massachusetts’ own sustainability goals, such as relying 100 percent on sustainable energy sources by 2025.

UMass would have the first collegian student government to join the SDSN youth.

After a debate of the issue and two ties, SGA voted against the movement, in part because of the proposal’s failure to follow the Student Consultation Policy. However, those opposed to the movement seemed willing to revisit the issue in the future.

Senators were also interested in implementing Gradescope, a software that allows teachers to grade handwritten homework and exams more quickly and precisely, while also getting grade score data easily, according to Gradescope’s website.

Gradescope is supposed to be integrated with Moodle by the beginning of next year.

SGA advisor associate director of student activities Lydia Washington reminded the students of the power and responsibility of their job.

“You all get the opportunity to really make some effective change on this campus,” said Washington. “You have the power, the voice, the advocacy, to do really great things not only for the university in general, but the students that either appointed you or elected you to your position.”