‘Lover’ is more than a contemporary ‘Love Story’ 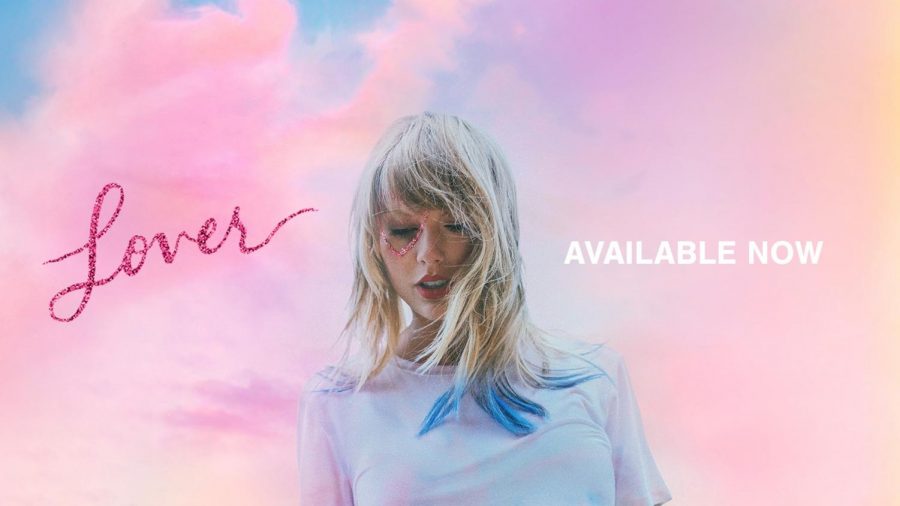 On August 23, Taylor Swift released her latest studio album, “Lover.” After its release, it skyrocketed in popularity to become the top-selling album of 2019. Comprised of 18 songs, “Lover” is her longest album to date and is the first album that she entirely owns herself.

For Swift, the album represents her coming into her own, both as an artist and as a woman. With songs like “ME!” and “You Need to Calm Down,” the pop-centered album focuses on encompassing the emotions that come from being in love, similar to her previous works. However, the “You Need to Calm Down” music video shows Swift linked arm in arm with Todrick Hall strutting down the street of a pastel-themed trailer park, belting out “You need to just stop/ But can you just not / Step on our gowns/ You need to calm down.” It became apparent that this album was going to venture beyond the scope of romance. The video features high profile members of the LBGTQ+ community: Ellen DeGeneres, Laverne Cox, Adam Lambert and RuPaul. This establishes that both the song and music video are testament to the LGBTQ+ community. It also serves as message to ignore the haters that try to bring you down and to promote acceptance.

The differences between “Lover” and Swift’s previous album, “Reputation,” are stark from the beginning. The lyrics and corresponding music videos for “Lover” are overwhelmingly lighter and happier. Swift, if anything, is a masterful storyteller. She is famous for her ability to capture small moments and transform them into heart-wrenching songs. The first song from the “Lover” album, “I Forgot That You Existed,” is sonically the perfect transition from “Reputation” tone and style into the new “Lover” era. Arguably, it is one of her weaker songs, along with “It’s Nice to Have a Friend.” Nonetheless, it has a very upbeat, catchy melody while lyrically being very strong but also intentionally subtle. The song addresses the demons that once plagued her in the opening line of the chorus, “I forgot that you existed/ And I thought that it would kill me but it didn’t.” Swift is dismissing and disregarding her haters. The lyrics “It isn’t love, it isn’t hate, it’s just indifference” illustrates her insouciant attitude in the best way possible.

Throughout this album, Swift takes control of her narrative in a way that she has never done before. In “The Man,” she discusses the gender inequality that she has faced throughout her career and it results in one of the most powerful tracks on “Lover.” The chorus describes the issues of gender disparity within the workforce perfectly. “I’m so sick of running as fast as I can /Wondering if I’d get there quicker if I was a man.” Once again, Taylor Swift has seemingly captured the sentiments of the female population who have come face-to-face with this issue with a creative precision that is extremely admirable.

It became evident early on that Swift’s intricate songwriting ability was taking the stage once again in this album. We first see this in “The Archer.” I first fell in love with Taylor Swift’s music when I was 11 years old after hearing “Love Story” and “You Belong With Me.” Along with all of her other fans, I grew up with her as her music simultaneously  evolved from country into pop. Her songwriting seemingly took a backseat during the “1989” and “Reputation” albums while she placed more emphasis on the theatrics and productions. While she has evolved so much, it’s comforting to see her return to her roots in this album. “The Archer”, details her overwhelming anxiety and trepidation of letting anyone get close to her for fear that they’ll leave: “I wake in the night/ I pace like a ghost / The room is on fire / Invisible smoke / And all of my heroes die all alone / Help me hold onto you.” This album can best be described as a journey in which each song plays off the other emotionally.

“The Archer” is just one of the many emotionally vulnerable songs that Swift includes on this album. “Lover,” “Cornelia Street,” “Afterglow,” “False God” and “Daylight all describe the different aspects and emotions that come from being in love. The twelfth track off the album is, “Soon You’ll Get Better (feat. Dixie Chicks),” which is an extremely heartbreaking and poignant tribute to her family’s worry and pain following her mother’s battle with cancer.  Ever since she began her career, Swift has alluded to the close bond that she shares with her mom. “And I hate to make this all about me/ But who am I supposed to talk to / What am I supposed to do / If there’s no you?” In a live YouTube session a couple of hours prior to the release of her album, she revealed that this song was the hardest one that she has ever had to write. It is also one that many of her fans have been able to relate to on an entirely new level; this being, having to cope with a parent’s mortality.

Swift has succeeded in making lyrical leaps and bounds within this record as she sheds light on numerous topics that aren’t often portrayed in pop music. Furthermore, she illustrates that pop music can have depth and the potential to address serious issues that plague society today.

Joanna Buonicotti can be reached at [email protected]