Penslar described the book as ‘a masterful piece of scholarship’ 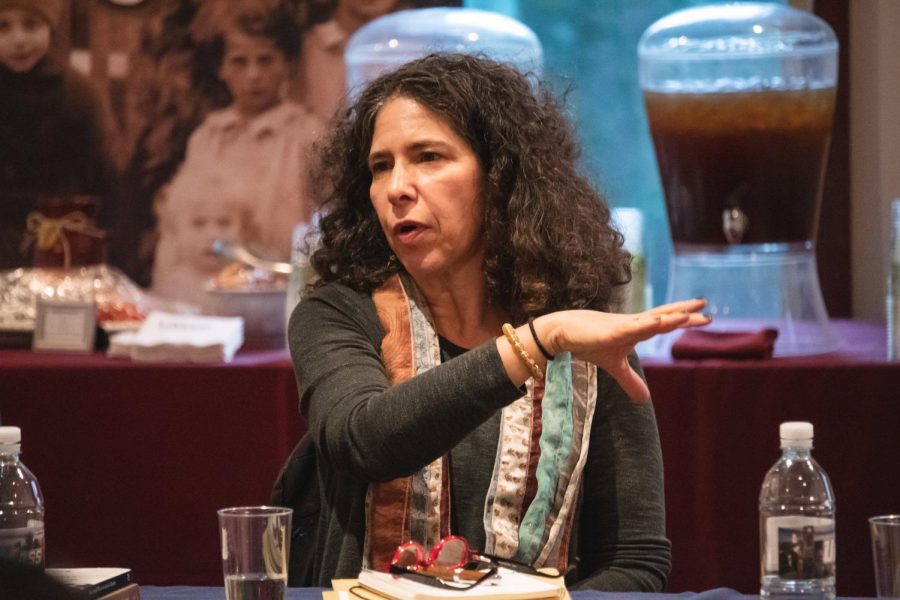 The University of Massachusetts Institute for Holocaust, Genocide and Memory Studies hosted a panel Tuesday to present Yael Zerubavel’s new book “Desert in the Promised Land.”

In front of an audience of UMass students and faculty as well as Amherst community members, the panel discussed the complex and often contradictory image of the desert in the Israeli collective memory, as well as the implications of this history in regards to current ecological, social and political conflicts in the region.

Penslar noted the foundational importance of the desert as the crucible of the “Jewish Nation,” while simultaneously entrenched in the collective consciousness as the site of great suffering for the Jewish people.

“In just over two hundred pages, the book covers an enormous amount of ground. It presents the desert as both a geographic space and a symbolic universe in Zionist and, later, in Israeli culture,” he added.

Penslar also noted the book’s central argument is “the relationship between the desert as an ecological phenomenon and as a cultural construction.”

He later spoke at length regarding the malleable nature of the image of the desert in Jewish history and how this image evolved in reference to cultural and political developments.

“Before 1948, Zionist implications of the desert were almost entirely limited to non-desert ecologies,” Pensar said. “After 1948 is when the negative changed from something external to an internal frontier within the new state of Israel.”

The speakers also placed particular importance on the emergence of the concept of a “demographic desert”, where the term desert began to describe areas of the Middle East where no Jews were present, and the settlement of such areas by Jews during Israel’s early history was equated with what Zerubavel called the “taming of the wilderness.”

Zerubavel noted strong parallels between the Israeli concept of the desert and that of the American frontier, the settlement of the West in the United States and the settlement of the Negev in Israel, both preserved in the popular consciousness as marking the introduction of civilization into a previously undeveloped environment.

Furthermore, she cited this narrative as the origin of the widely held image in both the United States and Israel of the Israeli state as an “island” or “oasis” in an otherwise inhospitable Middle East.

“Zionist historiography is based on the idea of settlement…what they have achieved, everything is measured through settlement,”  Zerubavel explained. “If I work on the desert, it would provide an entree into understanding Israeli society and its broader historical and political development in a different way because I will foreground what is usually marginalized.”

Confino stated that the panel was a “very important event for the Institute that [presented] Israeli history and cutting edge new research about the idea of the desert in the Israeli collective memory and also … of the desert in American and Israeli remembrance, the Wild West and the idea of the frontier and how we deal with it ecologically, in terms of tourism, [and] in terms of history.”