The case remains unsolved to this day 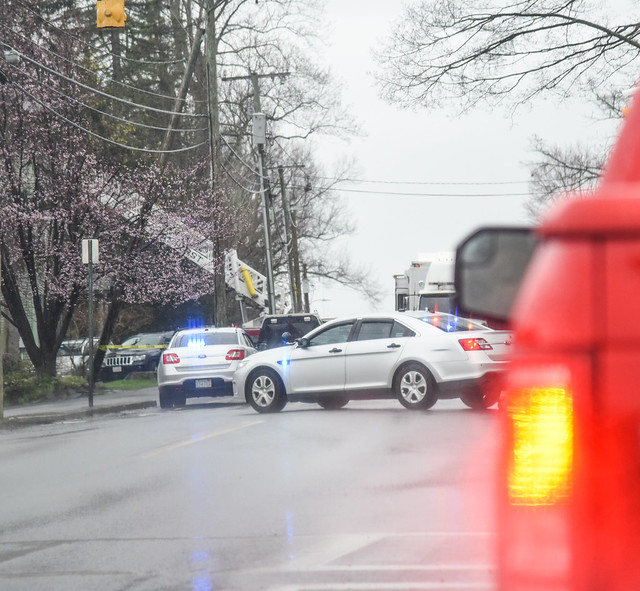 Despite disappearing over 15 years ago, little progress has been made on the case involving University of Massachusetts student Maura Murray, who vanished without a trace.

On Monday, Feb. 9, 2004, the 21-year-old nursing student born in Hanson, Massachusetts packed up her dorm room, withdrew money from her bank account, contacted her professors to let them know she would be missing that week’s classes due to a death in the family (there was no death in the family) and headed north for the White Mountains in her black 1996 Saturn.

That day’s accident report from the Haverhill, New Hampshire police states that at 7:27 p.m., Murray crashed her car into a tree on Wild Ammonoosuc Road in Woodsville, N.H.

Police were notified of the accident at 7:35 p.m. and arrived on the scene at 7:45 p.m. The officer who filled out the report explains “evidence at the scene indicated the vehicle had been eastbound and had gone off the roadway, struck some trees, spun around and come to rest facing the wrong way in the eastbound lane.”

When investigating, police found the car locked and with the driver nowhere in sight.

One witness who spoke to the police said there was a young female behind the wheel with no one else in the vehicle. Despite being told by the driver not to notify the authorities, he called anyways.

“In plain sight behind the driver’s seat of the vehicle I could see a box of Franzia Wine. I could also see red liquid on the driver’s side door and ceiling of the car,” the officer writes in the report.

Before the car was towed by Lavoie’s AutoCare Center, the officer recovered a Coke bottle “that contained a red liquid with a strong alcoholic odor.”

An ambulance arrived at 7:56 p.m. and the EMS and fire personnel, along with a resident of the area, searched the roadway and surrounding area, but had no luck finding the driver. In a later search of the vehicle, it was confirmed the driver was Murray.

The Boston Globe published an article six days after she disappeared and stated, “tracking dogs, helicopters and trained searchers, local and state police, as well as state fish and game officials, covered nearly 20 miles along Route 112, but found no trace of Murray’s footprints in the snow. The tracking dogs lost her scent within 100 feet of the accident, leading investigators and her loved ones to believe she either hitched a ride and continued on her way, or was abducted.”

The blue-eyed, brown-haired woman standing 5-foot-7 was last seen in jeans and a dark colored coat. Since that night, the complicated case has yet to be solved. Murray’s background and events leading up to the night only muddy the waters.

Murray was born on May 4, 1982 to Fredrick and Laurie Murray. She grew up to become a track star at Whitman-Hanson Regional High School. She then studied chemical engineering at the U.S. Military Academy at West Point before transferring to UMass three semesters later and switching her field of study to nursing.

She first ran into trouble in Amherst in November 2003 when she was arrested for improper use of a credit card under $250. In the Amherst Police logs from that time, a woman called and reported an unknown subject had used her credit card to make purchases at various restaurants and stores in town, adding she didn’t know if she had lost that card or if it was stolen.

In the case’s narrative, the officer explained he had been able to track down the purchases on the card to Murray. When confronted and asked how she received the card number, she admitted she had noted the number at the bottom of a receipt and copied it down on a notecard.

WCVB states Murray’s charge was dismissed soon after due to good behavior.

Two days before her disappearance, on Saturday, Feb. 7, Fred visited Maura, his daughter, to buy her a new car. Fred details the events of the day in a statement to the UMPD, explaining how he arrived on campus around 12 p.m., drove to Hadley and Northampton in search of a new vehicle with Maura, came back to the Quality Inn where he was staying and went to dinner at Amherst Brewing Company, which has since been taken over by the Hangar Bar & Grill.

At around 9 p.m., Maura and Fred went to pick up Kate, a friend of Maura’s from a parking lot on campus. The three of them went back to ABC and had drinks upstairs. They then stopped at Liquors 44 before the girls dropped Fred off at the Quality Inn.

According to Maura, she had gone out to a party and on her way home, she crashed her father’s car. She claimed she went around the corner, hit some sand and skid, and stated that she hadn’t drank in a while. She never received a ticket or a breathalyzer test.

The car was towed and she made it back to the Quality Inn, where she spent the night. Fred then rented a car and dropped her back off on campus, Sunday afternoon at around 1:30 p.m.

The next evening, the crash in New Hampshire happened and Maura wasn’t seen again.

The case of Maura Murray has spread across the Internet and has been investigated by many. The more internet sleuths becoming invested, the more theories are created and more facts are brought into consideration.

Murray made headlines once again in April 2019 when New Hampshire Associate Attorney General Jeffrey Strelzin announced a home in Woodsville, New Hampshire would be searched for her remains. The home near the scene of Murray’s car crash had the concrete from the basement area removed, and the search turned up empty.

“We did contact the homeowners and they graciously allowed us, gave us consent, to search the home … (They found) absolutely nothing other than a small piece of what looks to be pottery and maybe old piping,” Strelzin said, according to a MassLive article.

“This one hurts, because I thought we finally had it,” Fred said in the article. “This one is worse than the other false alarms and dead ends. I was pretty sure.”

Other efforts have been made in recent years, including a GoFundMe. The “Find Maura Murray” page was created May 7, 2018 and has raised over $10,000. The proceeds raised will go toward technology, like the ground-penetrating radar, on areas of interest.

The money raised also goes toward a reward for people who can provide information about the disappearance.

“With confirmation by the police that this person has indeed provided information leading to Maura, we will give them the money, as is standard protocol. If it is not claimed in two years we will donate it to the National Center for Missing and Exploited Children,” the fundraiser’s organizer Maggie Freleng said on the page.

If anyone has information regarding Maura Murray’s disappearance or whereabouts, the New Hampshire Division of State Police can be reached at (800) 852-3411 or (603) 846-3333 or by e-mail at [email protected]

As Freleng states on the GoFundMe, “Someone knows something.”

Editor’s notes: A previous version of this story stated Murray hit someone and skid on her crash on Feb. 8.

Abigail Charpentier can be reached at [email protected]