Trump will win if Sanders, Warren or Biden are elected

Democrats need a reasonable candidate to defeat Donald Trump in 2020 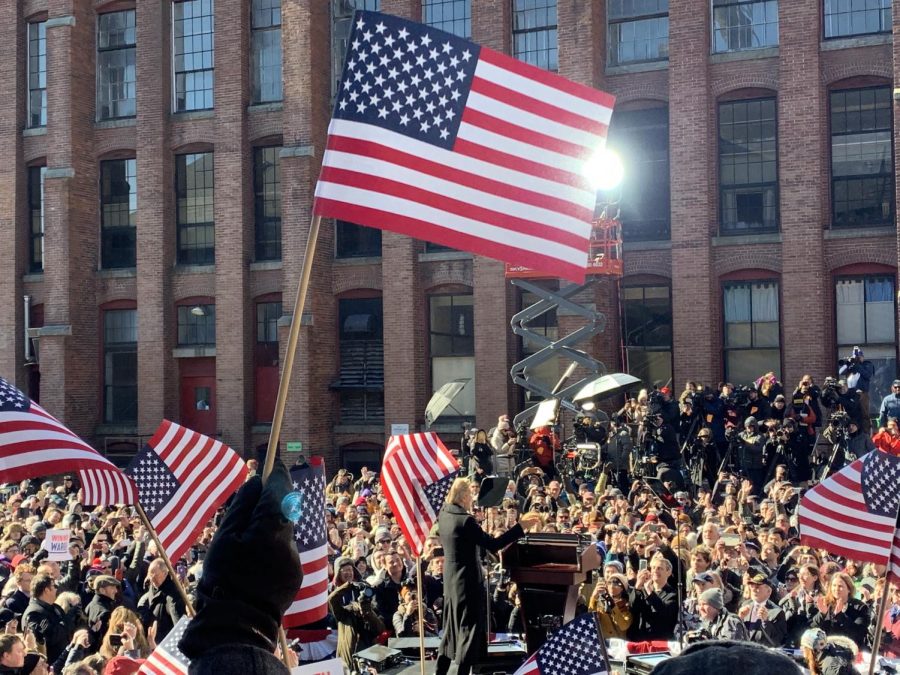 Over the course of the next year, “how to defeat Donald Trump” will continue to dominate the conversation for Democrats. While discussion about this matter is important, it seems unlikely at the moment that it will lead to any action or compromise.

What the Republicans have going for them is a sense of unity. Although Trump’s divisive rhetoric dominates his speeches and proposals, he has mastered the art of bringing together his constituents, creating a hivemind mentality where any political outsiders who question his authority, valid or not, is shunned. Just look at people like Justin Amash, John McCain or even former Secretary of State Rex Tillerson. Each were intelligent men with valid concerns. Each were cast aside by the Republican mainstream.

This very tactic is what will get Trump reelected. Democrats could benefit from some of the unity that Trump’s Republican party basks in.

At the moment, there are three types of Democrats: traditional, moderate and leftist. The problem isn’t the candidates — it’s the voters. The traditional Democrats, composed of an older demographic, is likely to support a familiar, charismatic, institutional candidate like Joe Biden. They provide a stark contrast in ideology to those likely to support more progressive candidates like Bernie Sanders or Elizabeth Warren.

This same lack of unity is what led to Trump’s election in 2016. Although Sanders and Hillary Clinton had similar values and ideas on some issues, Sanders supporters were appalled by the idea of voting for anyone other than their beloved candidate. The outrage at the DNC for possibly curating the outcome between her and Sanders is understandable. However, in the end, part of the reason that Trump won is because Sanders supporters would have rather stuck by their candidate than kept Trump out of office.

There is still a saving grace for the Democrats, and it lies in its moderate candidates. These “moderates” are more left leaning than ever, embracing ideas that were previously deemed radical, but they are more willing to have a discussion with the other side than Sanders and Warren. In prior years, these moderates would have been considered radical. But today, in comparison to Sanders and Warren, they’re fairly centrist.

Moderate candidates like Tulsi Gabbard, Pete Buttigieg and Julián Castro support Medicare for All, but aren’t willing to force people off of their existing plans immediately. They all support a voluntary buyback program or ban on assault weapons. They all support canceling some student debt or expanding debt relief programs. And most importantly, they are more likely than Sanders and Warren to attempt collaborating with a Republican-controlled Senate. Although the ideas that Sanders and Warren preach on the debate stage are essential to progressing the country, an unwillingness to work with the Senate will likely hurt the Democrats. Gabbard, Buttigieg and Castro are a good compromise for voters, traditional or leftist.

A willingness to hold a discussion isn’t a sign of weakness. Rather, it shows that these candidates understand the implications of frequent policy shifts fueled by radical changes in the legislative process.

For instance, the only way for Sanders and Warren to follow through on all of their radical promises, while the Senate is majority Republican, is to ignore the legislative process with tactics such as the nuclear option. Introduced in 2013 by Democratic Sen. Harry Reid, the nuclear option eliminated the 60-vote rule and replaced it with a simple 51-vote majority for executive branch nominations and federal judicial appointments. The Senate Republicans, led by Sen. Mitch McConnell, expanded this option to include Supreme Court nominations in 2017, resulting in conservative Neil Gorsuch being inducted with a 54-45 vote.

Changing the rules for Supreme Court nominations obviously shows a blatant disregard for the legislative process. Without structure and respect for the process, tension and division between the parties escalates. If future presidents and Congress continue on this path, the United States will be overhauling its legislative process every time new officials are elected.

What worries me about Warren in particular is her lack of consideration for attempting to work with McConnell, as was evident by her response when asked how she would do it. McConnell is at the core of what is wrong with Congress at the moment, but there is a reality that we can’t overlook — he is one of the most powerful people in the country. If Democrats play dirty in 2020, McConnell will play dirtier. A moderate candidate may have a chance at restoring a sense of respect, or at least compromising on some issues until Democrats win the Senate again.

Voters must recognize that even though the moderate candidates aren’t willing to fully embrace traditional or leftist values, they have the greatest likelihood of any candidates to get something done while satisfying many progressive values. Democratic voters need to set aside stubbornness and come together next election, or there will be another four years of Trump’s America.

Matt Berg is a Collegian columnist and can be reached at [email protected] and followed on Twitter @mattberg33.