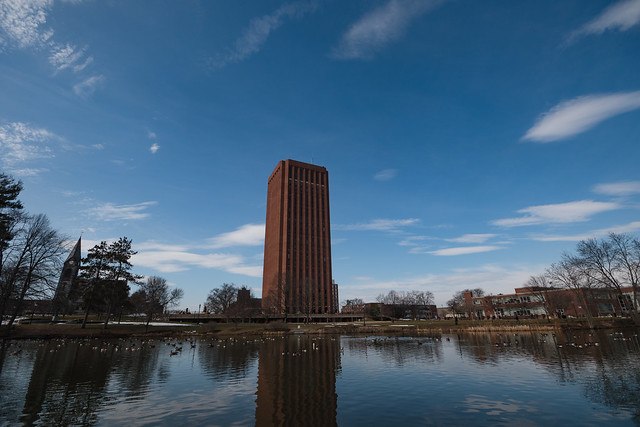 One of the most attractive aspects of state schools is that they are significantly cheaper than private schools. Any time the Board of Trustees at a school like the University of Massachusetts approves an additional tuition increase, this advantage which state schools have over private ones shrinks. In fact, that is exactly what happened over the summer: tuition at all UMass campuses increased up to 2.5 percent at the direction of the Board for the 2020 fiscal year. This tuition increase puts the cost of a year at UMass Amherst close to $30,000, including room and board.  While most debt-concerned parents and students are likely lamenting this increase, my guess is that Chancellor Kumble Subbaswamy is relieved.

This tuition increase was never supposed to happen. In May, initial budget plans in the state Senate stipulated that tuition costs would remain the same. In response to this proposal, Subbaswamy issued a letter to students and faculty to “convey [his] grave concerns” about the budget. In his letter, Subbaswamy treats college affordability as a draconian measure.

Obviously, this is not how he framed his concerns.  Instead, Subbaswamy mentioned how the budget “would produce an $8.2 million shortfall” in UMass’ accounting books, forcing the school to cut costs in the nonsensically-termed “deferred maintenance” and already-bloated “administrative overhead.”  In framing it this way, the chancellor tried to instill a crisis mentality into students and faculty because of the forced spending cuts, rather than making it seem like he was disappointed that students wouldn’t have to pay more for tuition.

While I’m sure that Subbaswamy’s motives were sincere, I wholeheartedly disagree with the sentiment that budget cuts are inherently negative for the school. Anyone who pays attention to current events knows about the out-of-control student debt crisis. While there are many possible solutions to this, one thing is clear: making college more expensive would only contribute to the problem.

There are many areas in which UMass tuition money is overspent.  I am starting my junior year here at UMass, and in the previous two years, I have seen no less than six significant construction projects that have either been started, completed or worked on in some capacity.  While I enjoy the Business Innovation Hub and agree that Worcester Dining Hall could use an upgrade, these are not projects that are absolutely critical to the functionality of the school. Far too much time and money are spent on these construction projects, not to mention the inconvenience that they cause when walking between classes.

To allay accusations and suspicions of cherry-picking data to make a point, an article from the Huffington Post outlines similar increases nationwide.  According to the article, “there are now two nonacademic employees at public and two and a half at private universities and colleges for every one full-time, tenure-track member of the faculty.”  This is ridiculous.  Colleges are places to learn and grow as a human being, not for overpaid administrators in an ever-growing bureaucracy to take power away from the professors by dictating curricula determined by backroom meetings and people who have never taught in a classroom.

Are budget cuts unfortunate, especially for the people who have to decide where to cut costs?  Absolutely. However, if you want to make college more affordable, there is one surefire way to do it: roll back the administrative bureaucracy.  College is a learning experience and should be treated as such, not as a series of departments whose heads make arbitrary decisions about what the professors can teach, or as a never-ending construction site to achieve some sort of far-fetched dream of what the campus will look like in 25 years.  I regret the decision that the state legislature made regarding tuition increases.  Chancellor Subbaswamy should, too.