Ellsberg released the Pentagon Papers in 1971 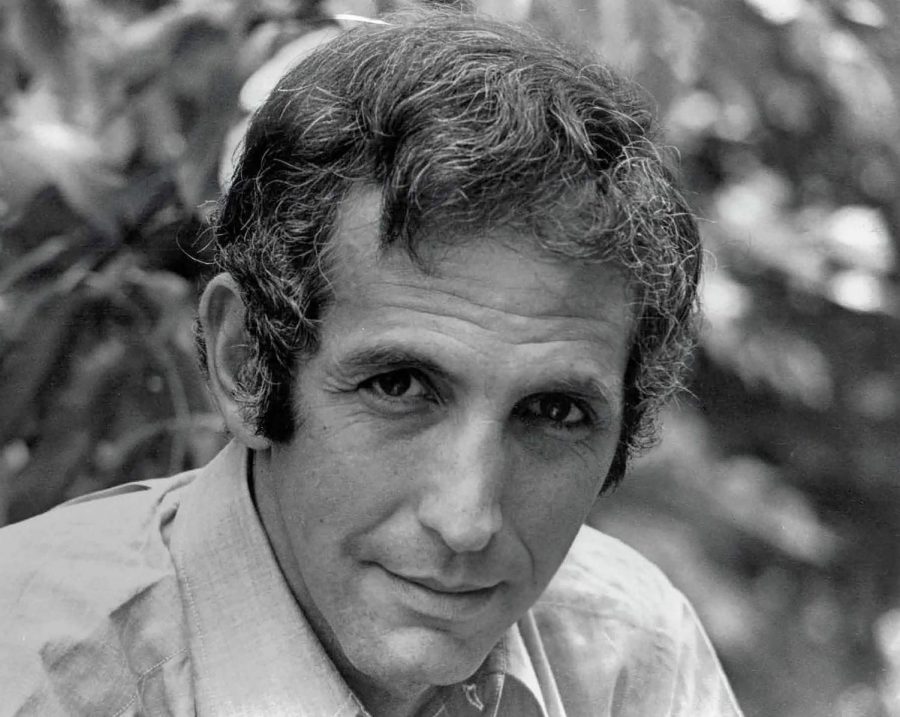 The University of Massachusetts announced Tuesday that Daniel Ellsberg, a prominent political activist and government whistleblower, donated his papers to the University.

Ellsberg, who is 88-years-old, is best known for his 1971 distribution of the Pentagon Papers, a top-secret Department of Defense study on U.S. political and military involvement in Vietnam, which exposed deception and mistakes over five presidential administrations. Then a military analyst, Ellsberg felt the information should be available to the public, photocopied the report and sent it to The New York Times, among other newspapers.

The collections of papers, annotated books and photographs will be managed and made available to scholars and the public by Special Collections and University Archives at the W.E.B. Du Bois Library, according to a press release by UMass News & Media Relations.

“I am grateful that my papers will be going to the University of Massachusetts Amherst, an institution that is dedicated to the values of openness, equity and social justice,” Ellsberg said in the press release. “This collection, which represents my life’s work, will now be available to scholars seeking understanding of some of the most consequential events of the past half century.”

Ellsberg added he has “always firmly believed that truth-telling to the American public is an expression of the loyalty owed to the Constitution, the rule of law and the sovereign public.”

“It is a patriotic and effective way to serve our country,” he said. “Sharing these papers with future generations through the archives at UMass Amherst is reflective of that deeply held philosophy.”

Transported from California to Amherst, the collection will cover nearly every period of Ellsberg’s life, including his education, time as a Marine Corps officer, his work as an analyst at RAND Corporation and the Defense Department, the Pentagon Papers and Watergate and his activism on nuclear weapons, wrongful U.S. interventions and the need for patriotic whistleblowing. In total, it is nearly 600 linear feet, or more than 500 boxes.

Documents include his evolving assessments of the Vietnam War and documentation of his unauthorized copying of the Pentagon Papers to 19 newspapers.  The University estimates it will take two years of a full-time archivist’s work to process and catalogue the collection.

“Ellsberg thought very deeply about the ethics of working within an organization and the nature of social change,” Robert Cox, the head of special collections at the W.E.B. Du Bois Library, said in the UMass press release. “Those ethical struggles are as relevant today as ever. Social activists can also study what worked and what didn’t as Ellsberg navigated his way as an outspoken whistleblower and advocate for change.”

Robert Pollin, PERI co-director and distinguished professor of economics, said he was “very excited” that Ellsberg, a “first rate economist” would be joining the institute. Pollin initiated the acquisition of the papers after he found out about the collection from a journalist he knew, Paul Jay, who had conducted an interview with Ellsberg at his home.

“He [Jay] said ‘Did you know that the Pentagon Papers and all his stuff is stashed in his basement?’” Pollin recalled.

On behalf of Pollin, Jay asked Ellsberg if he would speak with UMass officials while Pollin reached out to UMass Chancellor Subbaswamy. In January 2019, Pollin, Senior Advisor to the Chancellor Robert Feldman and Cox visited Ellsberg in Berkeley, California.

During the visit, Ellsberg pulled out a piece of paper from the collection and showed it to Pollin, who said, “It was a memo from the White House ‘plumbers’ [a group of officials under President Richard Nixon tasked with getting information on who was leaking information].” The document “basically organized the plan to eliminate Ellsberg.”

“That’s a very important historical document and the record needs to be remembered over time. It’s great that it’s public anywhere,” Ellsberg said.

Kathy Roberts Forde, an associate professor of journalism at UMass, teaches a course on the history of American journalism and begins with a unit on the Pentagon Papers.

“I’m thrilled that my students will now have the opportunity to work [with] the Ellsberg Papers in our own library at UMass as they dig into this important episode in press and U.S. history,” she said, adding that she hopes to use the collection in research assignments and capstone deep-dive digital public history projects.

“I hope Mr. Ellsberg will give public talks and visit with students—and I hope courses across many disciplines will use the Ellsberg Papers to help students explore the role of whistleblowers (and the press) in democratic life,” Forde said in an email.

Ellsberg pointed out the documents could have ended up with University of California Berkeley, near Ellsberg’s home, or his alma mater, Harvard University.

“The fact that it is here also speaks to the quality of this university,” Pollin said. “We are committed to an open understanding of history, we are willing to support people who act with great courage at great personal risk but also changed history in a very important way.”

According to the Boston Globe, the University acquired the papers for $2.2 million, most of which — $1.35 million — was provided by an anonymous donor. The remainder of the money will come from the University’s special collections fund.

“He could have stayed in his lane,” Cox told the Boston Globe. “He could have been a guy sitting up in the highest echelons of war planning, and if he had been one of those guys who had been willing to live with that, we wouldn’t know him today.”

The Boston Globe reported that Ellsberg previously considered placing his papers with the University of California Santa Cruz, but decided on UMass after meeting with school officials.

“They really wanted it,” Ellsberg said. “And they got it.”

Christian Appy, a professor of history at UMass and author of three books about the American War in Vietnam, said he was “thrilled” at the acquisition of the papers.

“I can’t think of anyone whose life’s work has more relevance to the most significant life-and-death issues of our own time. The endless wars and interventions that continue to characterize U.S. relations with the world and the persistence and ‘modernization’ of nuclear arsenals that threaten the globe with immediate mass destruction were both at the heart of Ellsberg’s life and career,” Appy said.

Appy added the papers would “undoubtedly” attract students and scholars from around the world.

According to Pollin, there is possible controversy in the acquisition, as Ellsberg is “a very controversial figure” and  “not everybody is going to think this is a good idea.” However, Pollin believed the decision spoke to the chancellor’s and the University’s integrity.

“To be able to document and to show for all historical understanding that period and what was going on is of critical importance,” he said. “I personally think anybody can benefit just from [Ellsberg’s] life story and what he was willing to put on the line… He was facing a lifetime in prison and he knew it.”

“Daniel Ellsberg stands among the most influential and courageous political activists of the past century. He is an exceptional scholar who has been a champion of democracy, truth and free speech,” Chancellor Kumble Subbaswamy said in the press release.

Ellsberg, a senior fellow of the Nuclear Age Peace Foundation, is the author of four books related to his study and life experience, and his activism has been featured in several films, including “The Most Dangerous Man in America: Daniel Ellsberg and the Pentagon Papers” released in 2009 and “The Post” released in 2017.

“One of the things that makes Ellsberg so fascinating is that he has deep experience both as strategist and official at the center or power and as a radical critic of U.S. policies from the outside as a whistleblower and activist who was willing to be arrested in dozens of acts of civil disobedience,” Appy said.

Forde connected Ellsberg’s story to ongoing whistleblower complaints concerning Donald Trump and Ukraine, saying, “government whistleblowers rely on the press to share their claims of wrongdoing with the American public—and to put pressure on various branches of government to investigate.”

“Journalism students—really, all students—should understand the danger of criminal prosecution Ellsberg faced and the high ethical responsibility of journalists to protect the identity of their good-faith whistleblowing sources,” she said.

Ellsberg will speak at UMass during the Friends of the Libraries’ 21st Annual Fall Reception on Oct. 30 in celebration of the University’ of his papers, according to the event’s website. Those who wish to attend must RSVP by Oct. 14.

A sampling of the collection can be viewed at http://www.umass.edu/ellsberg.