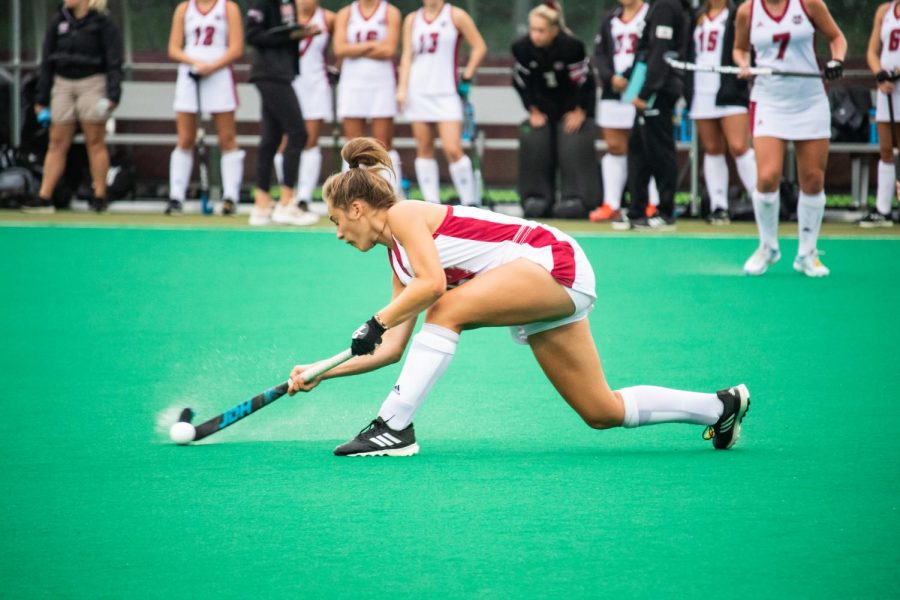 The Massachusetts field hockey team struggled all day to create chances in the circle versus Saint Joseph’s, and penalty corners that converted to goals for the Hawks hurt the Minutewomen in the end.

“We’ve played a tough out of conference schedule in the beginning of the season, a lot of ranked opponents,” coach Barb Weinberg said. “We just gave up too many penalty corners and they were able to convert.”

Saint Joseph’s took advantage of the six penalty corners and converted on three out of the six. Midfielder Kathrin Bentz lead the Hawks offensively, finishing with a goal and two assists. The Minutewomen couldn’t adjust defensively to the tactics of Saint Joe’s on penalty corners and struggled to get the ball in their possession.

The Minutewomen managed to put six shots on goal and scored in the last five minutes with a deflection from the stick of freshman forward Emily Crawford. She was assisted by junior Georgie McTear, her third assist of the season.

“I feel like the team this year has so much potential, it’s just that finishing piece in the attacking third,” McTear said. “Getting the ball in [the defense], getting something on goal. We knew this game was going to be tough, we knew we had to fight, and I think we really showed that fight in the last fifteen [minutes].”

Saint Joseph’s managed to score a goal in each of the first two quarters and capitalized by scoring two final goals in the third quarter. The Minutewomen held the Hawks scoreless in the fourth quarter, but it was too late to create any chances.

The Minutewomen continue play on Sunday where they square off versus Richmond at home. The game starts at 3p.m. at Gladchuk Field Hockey Complex.