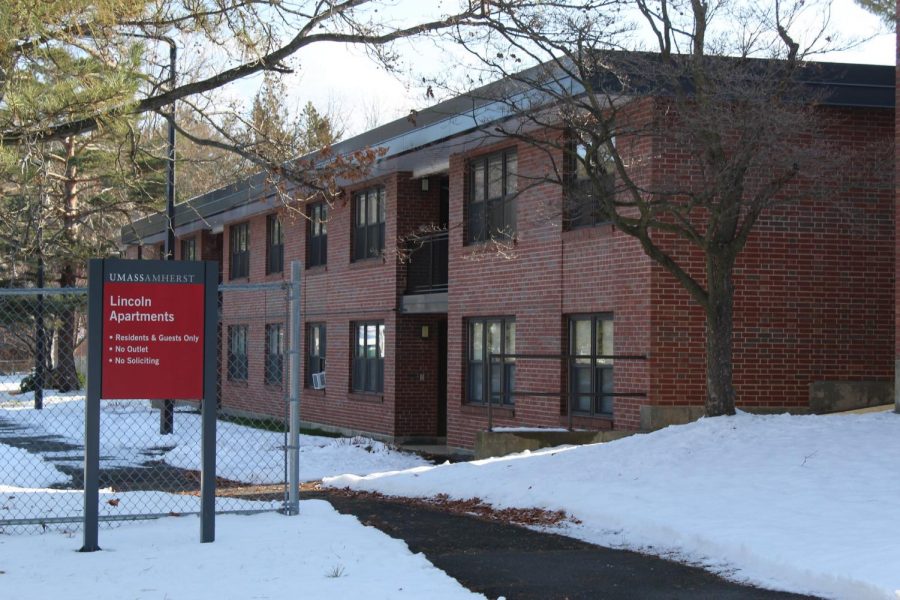 Both Lincoln and North Village Apartment complexes near the University of Massachusetts will be demolished for a new “modern, apartment-style” housing project for undergraduate and graduate students, projected to begin in 2022.

In the coming weeks, UMass will take proposals from private contractors through a public-private partnership (P3) to construct the new housing project on Massachusetts Avenue. The completed project will make room for approximately 730 undergraduate students and 165 graduate students. Lincoln and North Village Apartments, “because of their age and condition,” are not able to be renovated, according to the University.

The project’s announcement also follows the University raising tuition for the fifth year in a row. However, leveling the apartment complexes won’t affect tuition or fees.

The construction will result in the temporary loss of parking in Lots 32 and 34. UMass indicates it will adopt a number of measures to make up for the loss including converting Visitors Center spaces, pay-by-cell spaces and metered spaces to permit parking in addition to constructing new spaces.

UMass says that upon completion of construction, there is projected to be a “net gain in parking spaces.”

The announcement came just weeks after UMass accepted its largest class in its history with 5,800 freshmen, nearly 800 more than last year’s recording-breaking class size. This prompted the conversion of common rooms across campus into quads, and many doubles to become forced triples, similar to the year prior. Despite the sudden growth, the housing project has been in the works for years, Blaguszewski said.

The contract between UMass and the developer will include the university leasing the land for an extended period of time, saving the [U]niversity the cost of leveling and building new apartments.

Lincoln Apartments, which will close on May 31, 2020, currently has 115 apartments for graduates and undergraduates. North Village Apartments is composed of 170 graduate family housing units and will close shortly after on June 30, 2020. Students living in those complexes have been given “extended notice,” according to the university, so that they can figure out their future housing plans before the project begins.

Although UMass has a rapidly growing student population, the apartments are predicted to be sufficient for housing future students.

“We think that the development of this project along with other private developments in the Amherst area should meet the need based on our assessment at this point,” Blaguszewski said.

If the university continues to grow, new projects may be put in place down the road such as renovating older dorm buildings around campus to “freshen our housing stock,” Blaguszewski added.