The second installment in a three-part series 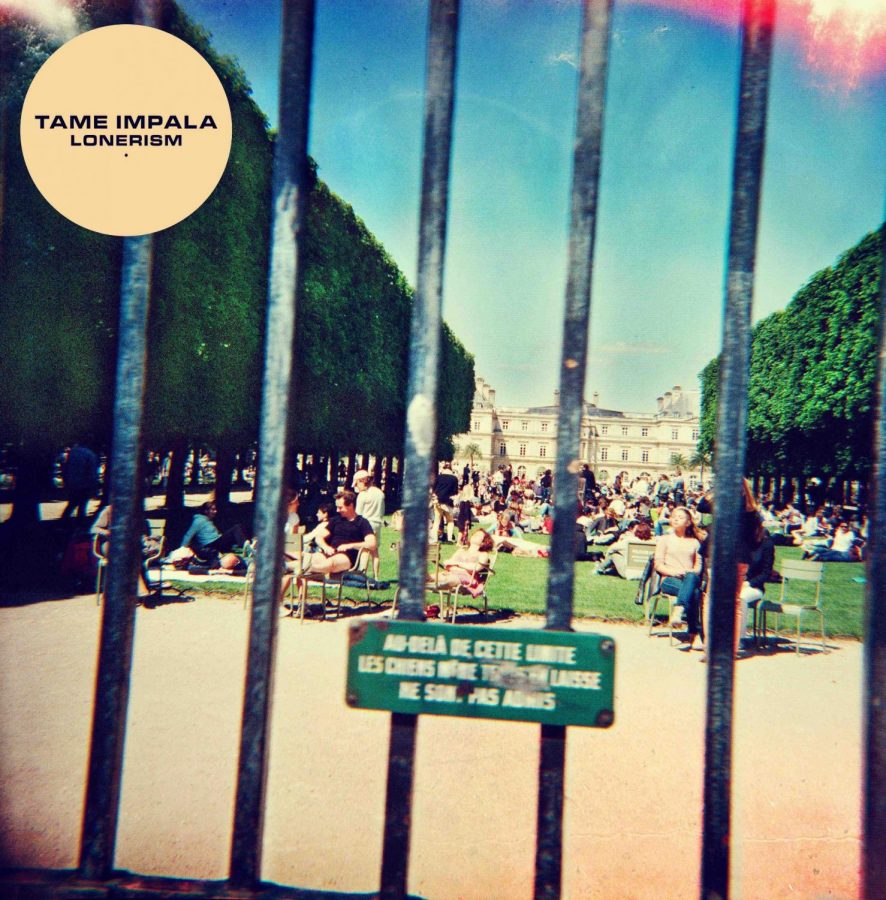 Describing the creative process for his second album, “Lonerism,” Kevin Parker said, “I started buying, uh, old synthesizers and stuff just for a bit of fun. It’s like sugar pop that’s been sent to outer space and back.”

Two years after the success of “Innerspeaker” and a heavy touring schedule, Parker released “Lonerism” in Oct. 2012. “Lonerism,” a masterpiece, was the album that took Tame Impala out of the indie scene and thrust them into mainstream music. The album rode off singles such as “Elephant” and “Feels Like We Only Go Backwards” to reach number one on the Australian Artist Album charts, along with a multitude of other accolades. Both the Rolling Stone Australia Awards and Triple J deemed “Lonerism” album of the year in 2012.

Parker began recording the album almost immediately after the release of his first. In his home studios in Perth and Paris, Parker spent his days experimenting with synthesizers and various recording techniques and used Paris as his personal playground. The result was an album comprised of various synthesizers and audio effects. Producer Dave Fridmann was called upon once again to help Parker mix the final version of the album. Jay Watson, friend and live performer, also helped write “Apocalypse Dreams” and “Elephant.”

The cover art of “Lonerism,” taken at the Luxembourg Gardens by Parker himself, represents the introverted part of his personality. Thus, becoming a snapshot of the overarching theme of the album; the people on the other side of the fence, the audience, are enjoying themselves while Kevin, the artist, is isolated on the other side.

Many of the songs on this album come to life with the experimental use of synthesizers and samples taken by Parker. In 2012, with an interview with MTV News, he said, “Most of the track is my Dictaphone actually. I kind of obsessively record sounds wherever I am. Like, if I’m at a train station, I’ll record the trains or a megaphone talking.”

He continued, “For me it’s like taking photos. I love the idea of recording a collection or a library of weird sounds of stuff.”

More examples of samples can be heard in songs, “Nothing That Has Happened So Far Has Been Anything We Could Control,” “Keep on Lying,” “Sun’s Coming Up” and “Be Above It.”

The dream-like guitar tones and melodies derive from mixed guitar pedal order and his, now primary guitar, Rickenbacker 335. In a Spin Magazine interview, Parker stated that “”most guitarists use distortion pedal and then use a reverb pedal after that it. They sound like they’re playing distorted guitar in a church. I do things the other way around. I’m trying to sound more like I’m playing in a church inside a distortion pedal. Inside a dirty shoebox.”

A whispering “Gotta be above, gotta be above it, gotta be above it…” opens up “Lonerism.” The shuffling drum beat inflicts a sense of urgency while lyrics talk of biding time, being above it and not letting himself be brought down. “Endors Toi,” which means to “fall asleep” in French, meshes a hazy, hypnotizing chord progression with a synth heavy dreamy background. A distorted guitar solo breaks through and closes the track. One of the longer songs off “Lonerism,” “Apocalypse Dreams” describes a transitional period in life. The chorus sings “Everything is changing. And there’s nothing I can do. My world is turning pages, while I am just sitting here,” while a synthesizer and guitar match the melody of the vocals.

The fourth song off “Lonerism,” “Mind Mischief,” details a hopeful protagonist at the start of a new relationship, but who soon realizes his idea of it does not match reality. Parker starts the first verse with “How optimism led me astray. Two hundred things I took the wrong way;” the over-infatuation with this girl led him to not see things for how they really were.

The protagonist mistakenly believes a girl felt the same love he felt; reality quickly soon sets in. The song transitions around 2:40 in to an entrancing bridge. A wave washes over the whole song, bursting into a cosmic wall of noise. The emotional instrumentation flows through a pair of headphones to the accompaniment of the introspective outro. After, “Oh, I was just so sure of everything. That’s what you get for dreamin’ aloud (Then it all just came out. Guess I’ll hold in, now on) …”, the song slowly sails back down.

With lyrics relating to isolation, self-doubt and introspection, “Music to Walk Home By” begins with chaotic synthesizer modulation and blasts right in. Most of “Lonerism” is from the perspective of a narrator who is not necessarily a trustworthy one. The narrator is clouded by infatuation and the vision he created of a particular girl. The chorus goes, “I just don’t know how to feel right. A beautiful girl is wasting my life. I’m playing the part of somebody else while trying so hard to be myself…” while waves of effects splash over. “Music to Walk Home By” contains the lyrics primarily relating to vulnerability and uncertainty which cements it as one of the most emotional tracks on the album. The song closes to a blissful guitar riff repeating until an eventual fade out.

According to Parker, the chatting ambience is “meant to sound like there’s this dinner party going on and music in the background. I think I would have liked to make the people talking louder but I wanted that to be the vibe. People ambience.”

“For me it makes the listener feel even more alienated,” Parker said in an MTV interview.

The song, “Nothing That Has Happened So Far Has Been Anything We Could Control,” in addition to being a mouthful, is an earful of sound, modulating synths and emotion. A flowing drum pattern acts as the strong backbone for the entire song as Parker’s lyrics touch on vulnerability and self doubt, feelings many listeners can relate to. Parker lets creativity run wild and free during the intense, sonic explosion of an instrumental bridge. As the drum pattern intensity is increased, a mess of modulated synths blows through any pair of headphones, instantly launching the listener through the stratosphere of synthesizer modulation combined with emotion and musical bliss. A highlight of the entire album, the wave of sound that presents itself around three minutes into the song is intricate, stunning and euphoric.

Melody Prochet, a French pop artist, was Parker’s girlfriend around the time of the album’s conception and recording. In, “Nothing That Has Happened So Far Has Been Anything We Could Control,” a name is shrieked at the start of the verse that closely resembles hers. “Elodie, look at me, unless you’re trying to hurt me,” is one of the more obvious clues. During their relationship, Kevin Parker produced her own debut album, “Melody’s Echo Chamber,” which I consider to be “Lonerism” part two for fans of Tame Impala.

If “Nothing That Has Happened So Far Has Been Anything We Could Control” is the climax of this album, then “Sun’s Coming Up” is the dreamy resolution. Prior to writing the song, Parker’s father died of skin cancer. The song’s bare bones piano progression is a come down from the gorgeous final minutes of the previous track. Kevin Parker drearily sings, “Sun’s coming up now, I guess it’s over. Playing his guitar, while he’s dying of cancer. Oh my father, why won’t you answer?” over the grand piano. The final minutes of the album feature a beautiful, shimmering guitar solo that flows from left to right in headphones; a sample of a windy walk towards a dock make up the background. Playing guitar for Parker and showing him albums that would later influence him, Kevin’s father played a major role in starting his journey into music.

The album is best listened to in one sitting. Every song elevates the next to form a singular cohesive piece of music. Every song deserves to be on this album; no track acts as a filler to make the album length longer. All the colorful effects and modulated synthesizers transform every song. They create a lively atmosphere that juxtaposes the deeply personal and introspective lyricism. Every song has its purpose and reflects Parker’s growth in song writing and instrumentation. It would be another three years until his third album was released.