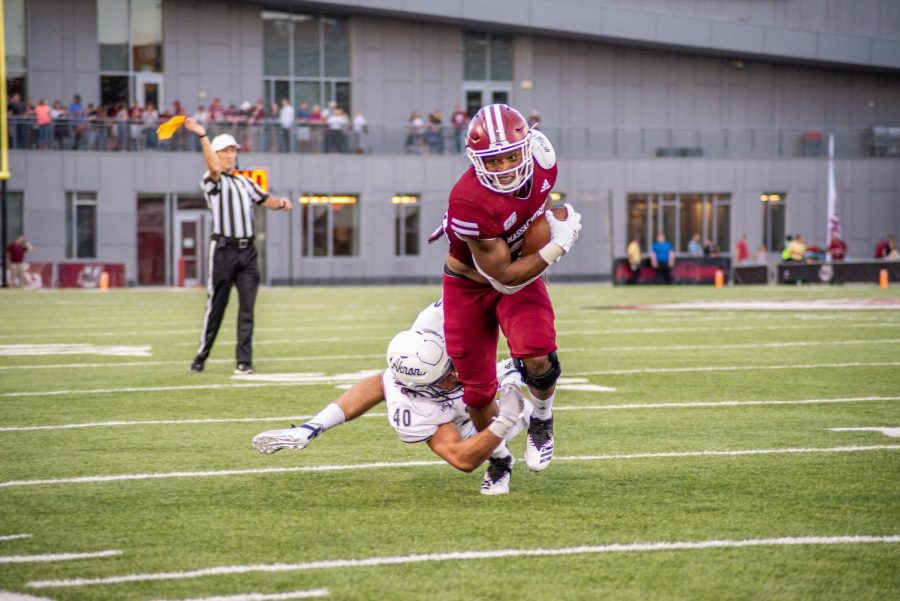 A week removed from its first win and best offensive performance of the season, the Massachusetts football team got blown out 44-0 by Florida International on Saturday.

Mustering only 115 total yards, UMass (1-5) was dominated by the FIU defense, compiling only five first downs the entire game.

Heading into this weekend’s matchup at Louisiana Tech, the Minutemen are looking to execute and play smarter on the offensive side of the ball.

“Playing intelligent,” coach Walt Bell said. “It all goes back to that for us. We’ve got people moving in the right general direction, we’ve got to do it with greater detail.”

That lack of attention to detail was prevalent for UMass against FIU. While the first few drives looked promising for the Minutemen, missed opportunities hurt any chance UMass had to move the ball successfully. They’ll look to clean that up versus LA Tech (4-1, 2-0 Conference USA).

“I think this past week we did a bad job of not honing in on our details,” quarterback Michael Curtis said. “It showed and we got outplayed. This week that’s been the main focus. We’ve been doing a great job of building up and playing really, really hard…But it’s more about every person out there just doing their job on every single play so all 11 of us move as a unit.”

Curtis referenced the first two drives against FIU as situations where the Minutemen need to clean up their play. Despite seeing favorable matchups on defense, a couple of missed throws stalled the UMass drive and a bad read on a run-pass option resulted in a Curtis fumble recovered by the Panthers.

Cleaning up the details can really make a difference for the Minutemen in the running game. UMass carried the ball 24 times versus FIU, but only gained a measly 38 yards, averaging 1.6 yards per rushing attempt. Better attention to detail in the blocking game could open up space on the ground, resulting in a more effective offensive performance.

“It all goes back to the same thing,” Bell said. “Having our ass in the right place, our hands in the right place. Alignment, assignment, first down. I don’t want to sound like a broken record but that’s the truth, that’s where we have to do better.”

The Bulldogs are allowing 162 yards on the ground per game, but only 23.4 points per game to opponents. If the Minutemen can open the running game versus LA Tech, they may be able to find success through the entirety of the offense.

The success of the passing game has largely hinged on the use of run-pass options. When the Minutemen are having success running the ball with the RPO, increased defenders in the box have opened the outside for one-on-one passing matchups with defenders, allowing for easy passing lanes. If the Minutemen can have success with the RPO against the Bulldogs, they may be able to put up some points. But like Bell has reiterated, it all comes down to executing the details.

Kickoff is set for 7 p.m. in Ruston, Louisiana on Saturday.