Southwest is irrefutably the best 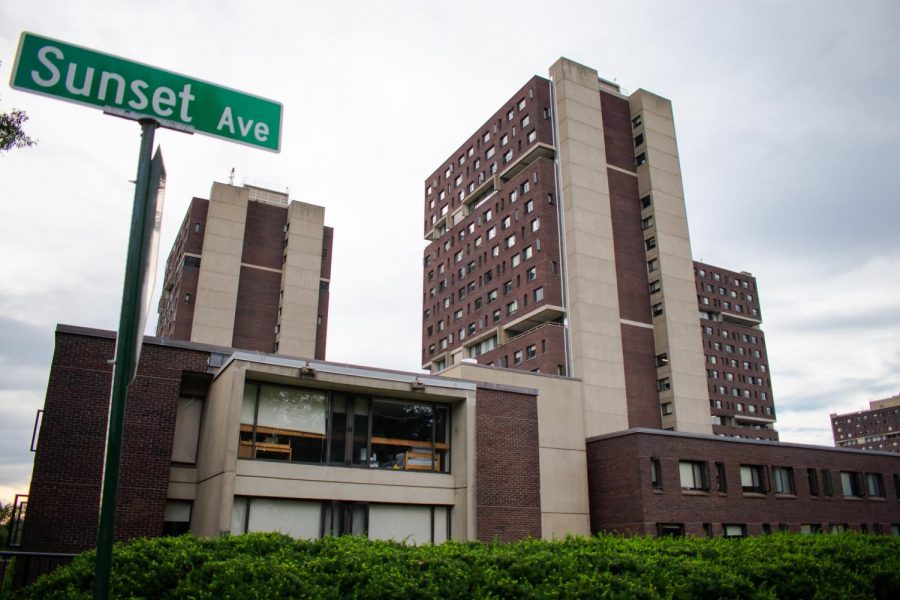 Ah, Southwest Residential Area. The much touted and somewhat controversial residential area. Simply saying the name can trigger a response from University of Massachusetts’ students. People either love Southwest or hate it. But there’s a reason it’s the most populated residential area– Southwest is the best.

The first thing that comes to many students’ minds when they think of Southwest is the crazy party scene populated by Patagonia-clad Brads and Chads. The annual riots when Boston sports teams win– or lose– championship games certainly helps perpetuate that reputation. It is true that Southwest tends to be a bit rowdier than the other residential areas, but beyond the Natty Light-drinking, JUUL pod-smoking veneer lies a diverse community and a great place to live.

Let us start with the most obvious advantage to living in Southwest: The unlimited access to the best dining halls at UMass. I don’t care how good the chicken tenders are, you can’t tell me that Worcester Dining Commons even begins to challenge the colossus of campus cuisine that is Berkshire Dining Commons. And there is simply nothing better than walking into Hampshire Dining Commons on a dreary morning and seeing Joanne Keller, the Omelet Lady’s, smiling face. I’ll give Franklin Dining Commons points for their consistently decent Grab n’ Go – and for always having grilled cheese – but for a sit-down meal, nothing can beat Berk.

Beyond the best of what number one dining has to offer, Southwest has some hidden gems. There’s a little something for everyone. For students with extra dining dollars and a craving for chicken, the aptly named Chicken & Co. serves Southwest residents out of the Hampden Building’s lower level until 2 a.m. Argo Tea, also located in the lower level of Hampden, offers a quaint study space and different variations on coffee and tea. The Southwest horseshoe and the hill behind Pierpont Hall provide students with outdoor areas to relax, as well as a scenic view of Lot 22 and the passing B43 buses.

The one Southwest drawback that is often mentioned by residents is the long walk from dorm buildings to classes. There’s a simple solution to this problem: taking the 34 bus around campus. For those who don’t want to ride the bus like a commoner, the walk from Southwest to anywhere is fairly easy, and at the end of a long day of studying it’s nice to walk home and not have to walk up, you know, a giant hill. The distance from classes also makes it harder to go home during breaks in the day. Some may count this as a disadvantage, but it encourages students to stay out, discover new places on campus and not accidentally fall asleep before their next class.

Okay, so maybe the reason Southwest is the most heavily populated area is just because it’s the largest. The 16 residential halls – five towers and 11 low-rise buildings – are home to over 5,500 students. This can be intimidating for some, but the massive number of students just means there are more opportunities to meet new people. You know what to expect when you walk into any part of Southwest: people interacting, making friends and just generally being loud and having fun. Residents are friendly, and you can always count on someone to be blasting music or conversing in the common rooms. Admittedly, this can be annoying at 3 a.m. on a Tuesday, but Southwest residents learn how to sleep through quite literally anything.

Arguably the best thing about Southwest is this feeling of community. Living in your own miniature city means that there’s a constant buzz of noise. The huge student population means that wherever you go, you’re sure to see another Southwest dweller. Sure, this also means that it can take 20 minutes to find a table at dinner, but residents of Southwest never have to worry about feeling alone. Whether you’re walking home from a late night at the library or simply running to Hamp for a bite to eat, you can count on someone to be walking around or yelling loudly about something-or-other. You’re always surrounded by the people you live with.

Living in Southwest indoctrinates you into generations of UMass alumni who share the same residential experience. Telling a fellow Southwest alumnus where you live often prompts the telling of wild stories and discussions of time spent living at UMass. Southwest isn’t just a place to live, it’s a place to call home. Despite all the craziness, Southwest is the best residential area, and your Southwest memories will stick with you for a lifetime.

Ana Pietrewicz is an assistant Op/Ed editor and can be reached at [email protected] and followed on Twitter at @anapietrewicz.