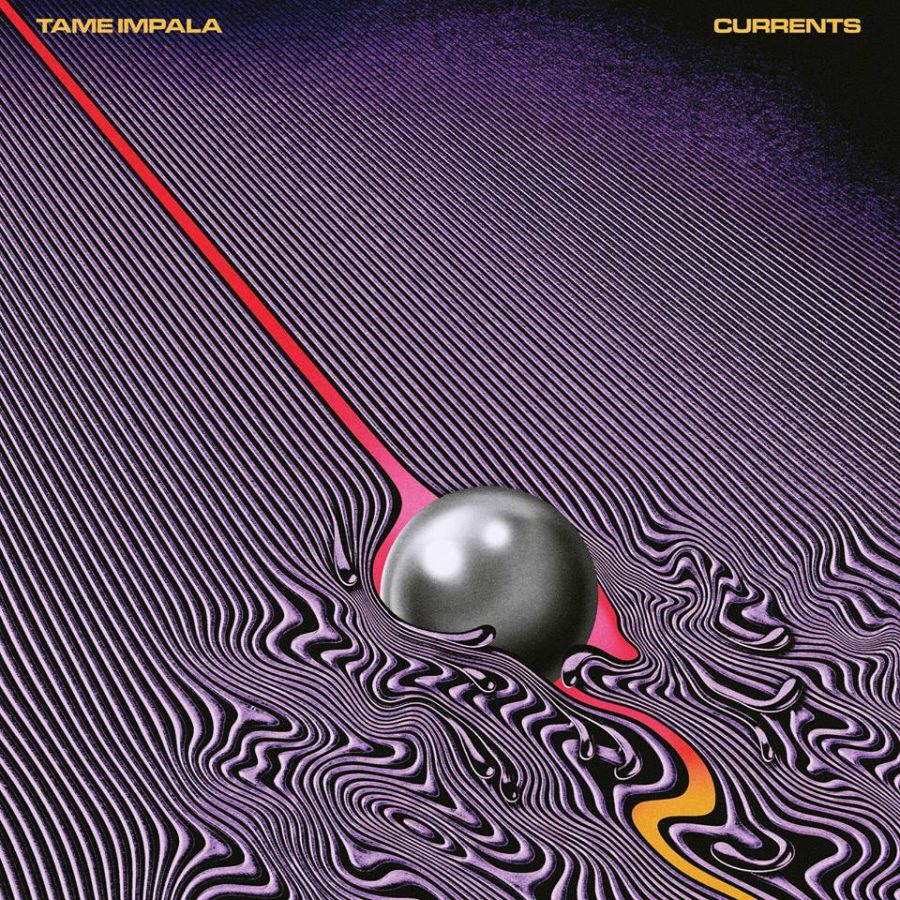 From 2012 to 2015, Kevin Parker wrote, recorded, mixed, produced, engineered and mastered Tame Impala’s third studio album, “Currents”. The recording mostly took place in Parker’s home studio in Perth and a beach house in Fremantle, Australia, the same house “Innerspeaker” was recorded in. During the “Lonerism” tour, demos for “Currents” were recorded all over the world. With a desire to hear Tame Impala’s music played in bars and clubs, Kevin Parker shifted from psychedelic mayhem to a disco and R&B style of music. “Currents” marked a change in his career and style.

Between “Lonerism” and “Currents”, Parker worked on various projects with other musical acts. From producing two songs off Mark Ronson’s album, “Summer Breaking” and “Daffodils”, to performing in a disco funk band, AAA Aardvark Getdown Services, Parker took on many projects during the three years prior to “Currents”.

The conception of “Currents” originated from a psychedelic mushroom trip in Los Angeles. Parker stated that he “was in L. A. a few years ago and for some reason we’d taken mushrooms, it must have been the end of our tour.” Parker reminisces, “…a friend was driving us around L. A. in this old sedan. He was playing the Bee Gees and it had the most profound emotional effect. I’m getting butterflies just thinking about it. I was listening to “Staying Alive”, a song I’ve heard all my life. At that moment, it had this really emotive, melancholy feel to it. The beat felt overwhelmingly strong and, at that moment, it sounded pretty psychedelic. It moved me, and that’s what I always want out of psych music. I want it to transport me.” After that eye-opening trip, the trajectory of “Currents” was set and in 2015, “Currents” was released.

Synthesizers replaced guitars on the majority of this album as well as slow, emotional ballads in the place of intense psychedelic pop songs. Punchy, disco drum grooves replaced intricate, elaborate drum patterns. From disco psychedelia in “Let It Happen” to the self-reflective “Yes I’m Changing”, Parker’s lyricism on “Currents” details love, lust, heartbreak, regret and self-doubt. With the previous two albums, Parker’s vocals were caked with delay and reverb to mask the revealing, introspective lyrics. The effects are shed on this album by letting every syllable ring out and leaving Parker to reach for crystal clear falsettos. His perfectionist nature meant hours spent on vocal takes and synth recipes, slaving away to get all the minute details nailed.

Kevin Parker described his recording process in a New York Times article published last May and an article for The Guardian. Starting with whatever instrument or melody he came up with, whether it be a snippet of a bass line or drums, he would slowly build it from the ground up. Listen for a bit, add some more.

“‘At this point,’ he said, silencing the playback, ‘I’d probably go out and smoke a spliff, listen to it for two hours on end and wait for something to hit me. Or not.’”

Parker described his home studio as “‘literally just me in a room,’ he says. ‘I love to have everything within reach, so that it starts resembling a cockpit. I love to be able to put my hands on a keyboard, to have a guitar and a bass within reach, as well as all the effects. Then I just piece it together.’” Images of Parker’s cosmic cockpit can be seen on Instagram, the cover of the single “Patience”, and Modular Recordings videos on the recording of both “Innerspeaker” and “Lonerism”. A video to promote a collector’s edition of “Currents” also provides a peak into Parker’s routine. Littered with empty wine glasses and instruments strewed about, it is a musician’s heaven.

“Currents” carries two dancehall-worthy singles and one slow ballad. “Let It Happen” and “The Less I Know the Better” are two songs that help sum up what the album sonically represents, but “Cause I’m a Man” shows the more revealing and self-critical side of the album.

“Let It Happen” fades in with a short synthesizer envelope opening for only a few seconds, then drops into the main, jumpy guitar riff and tight drumbeat. Until seeing this song performed live, I had always thought this riff was done on a synthesizer, but making certain instruments sound like another was one of Parker’s many tricks on this album. Tame Impala starts every live show with the psych-disco epic and rightfully so as it begins the night by infecting everyone with a contagious energy. The central theme of “Let It Happen” is about letting moments take you and going with it.

You have no control over the stresses of life, and events will happen that are totally out of your control. “I hear about a whirlwind that’s coming ‘round. It’s gonna carry off all that isn’t bound and when it happens, when it happens (I won’t be holding on). So let it happen, let it happen” makes up the second verse. The protagonist is ready to go with whatever comes because “I won’t be holding on.” The second half of the song is an upbeat, instrumental wonderland. Throughout the instrumental interlude, Parker uses a delay pedal to catch the mix in a loop before exploding back into the primary melody. At this point in the live show, enough confetti has flown into the air to make confetti angels after the show. Eventually, the song closes with, “oh I’m ready for the moment and the sound. Oh but maybe I was ready all along.”

“Nangs” is a transitional song between “Let It Happen” and “The Moment”. To add to your Australian slang, the term “nang” refers to a nitrous oxide canister that is inhaled to give the user a dissociating, euphoric high. The inhalant is also called a “whip-it” in America. With a nang, sound can be distorted while under the influence, thus making the song “Nangs” a well-suited title. Before the listener can even decide what kind of sound opens the track, a blunt wall of a pulsating synthesizer takes over the mix. “But is there something more than that?” is repeated over a layering of hypnotizing and disorienting synthesizers. Parker showcases his drumming talents once more by repeating a simple yet infectiously grooving pattern — a preview for what the rest of the album will have in store.

If you’ve heard “Everybody Wants to Rule the World” by Tears for Fears, Tame Impala’s “The Moment” is going to sound awfully familiar. While it’s not necessarily a bad thing, Parker clearly used this song for some influence. Both songs share a shuffling drum beat, shaker and a similar chord progression on a synthesizer. If “Let It Happen” was about letting the current take you, then “The Moment” puts those words to action. “In the end it’s coming. There’s nothing left to do, but I’m still not certain just how I’m gonna feel.” Letting the moment happen is one thing, but the uncertainty Parker exhibits when the moment arrives is a common theme in his lyrics.

The most emotional and heart wrenching songs off “Currents” are “Yes I’m Changing” and “Eventually”. Within “Yes I’m Changing”, a simple back beat, a melodic bassline and whirling synthesizer strings swell through the slow ballad. This song is the first indication of “Currents” exhibiting characteristics of a break up album with undertones of personal transformation. In “Life is moving, can’t you see? There’s no future left for you and me”, the speaker admits to his lover there is nothing left for their relationship. Parker implores her to change with him at the end of the second verse, “There is a world out there and its calling my name.” The next chorus begins with “And its calling yours, girl. It’s calling yours, too…”.

The dreamy conclusion of “Yes I’m Changing” is erased by the grandiose intro to “Eventually”. “If only there could be another way to do this” are the opening lyrics that set the stage for the theme of the song. Parker knows he’s going to hurt this person, but the only consolation he can find is knowing she will be okay, eventually. The gut punch of the song, “Wish I could turn you back into a stranger. ‘Cause if I was never in your life, you wouldn’t have to change it”, are utterly emotional and vulnerable lyrics.

Donald Glover’s FX show, “Atlanta”, features a familiar bass line for Tame Impala fans. During a teaser trailer for the season, the three main characters stroll down the street to the opening bass line of final song on “Currents”.

The chorus of “New Person, Same Old Mistakes” portrays a conversation between the protagonist and their consciousness. “But you’ll make the same old mistakes” echoes “Feel like a brand new person”. “Stop before it’s too late” attempts to convince “I don’t care, I’m in love” to not get hurt again. This same theme of self-doubt can be heard in Kevin Parker’s last two albums, but this time, that doesn’t matter. The final track on the album embodies the personal transformation aspect of the album. Parker may be a new person after everything he’s been through, but the same old mistakes will still follow him. This song concludes many of the live performances and perfectly wraps up the emotional and chaotic night. Again, with more confetti than one can imagine. “New Person, Same Old Mistakes” remains one of my favorite songs off this album.

Other important tracks on this album are “Reality in Motion”, “Disciples”, and “Love/Paranoia”. Like all three albums under Tame Impala, every song fits perfectly into the album. The B-sides, “Taxi’s Here”, “Powerlines”, and “List of People”, could all easily find themselves on the final cut of “Currents”. I could see “List of People” seating itself right after “Eventually”.

“Currents” truly showcased and solidified Kevin Parker as one of best music producers in the last decade. After learning from Dave Fridmann on the previous two albums, Parker was equipped with more than enough knowledge to engineer and produce the album himself. Every song is beautifully mixed; drums push through the woozy synthesizers and fat bass lines with crisp vocals are woven in between. Kevin Parker’s attention to detail on “Currents” paid off as I heard new instruments layered in the songs almost every time I listen.