Field hockey hitting its stride at most crucial point of season

UMass has won four A-10 games in a row 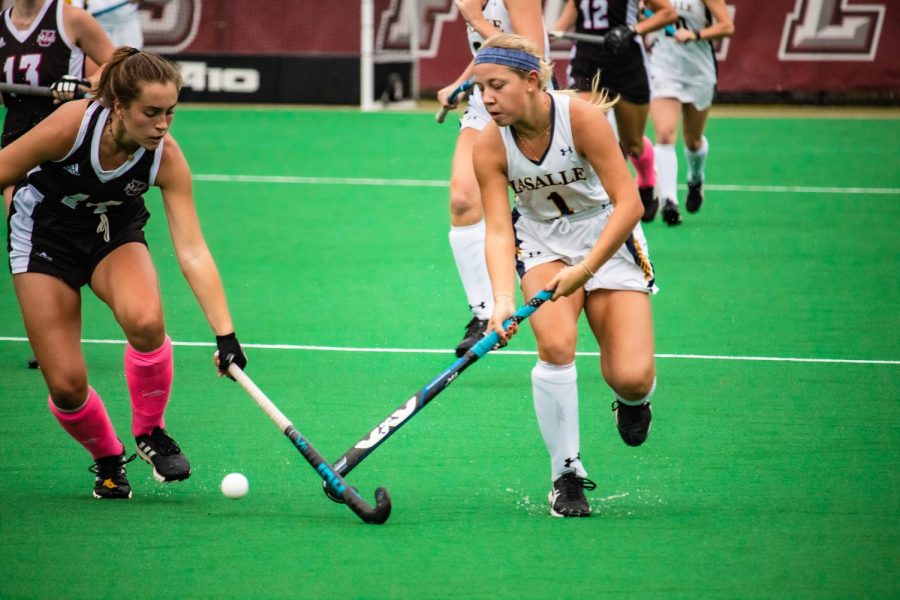 Before last Friday’s game, the Massachusetts field hockey team was at a crossroads. Sporting a 2-2 Atlantic 10 record, the Minutewomen were staring down the possibility of missing the conference tournament for the first time since 2006. A week later, that possibility seems far less likely.

“We have had a much stronger will to play hard because we have known that these last couple of games are what is going to get us into the A-10s,” freshman Bella Ianni said. “So, if we don’t win these games, we know that it’s going to basically kick us out. We have made sure to play hard.”

Over the four-game win streak, Ianni has played her best field hockey of her first collegiate season. She has six shots over that span; two of those found the back of the cage, including today’s game-winner, when she buried a lose ball in the circle following a Georgie McTear crosser.

The goal may have been the biggest one any Minutewomen has scored all season, as both La Salle and UMass entered the game with tournament aspirations and the winner would be on a fast track. Now, UMass is guaranteed to participate in the tournament if they win next week’s senior day tilt with VCU and can still get in with a loss if Lock Haven loses one of its remaining two A-10 games.

Despite the win and bettering their position for the tournament, the Minutewomen still want to get better in order to achieve their ultimate goal of an Atlantic 10 championship.

“I don’t think today was our best field hockey, for sure,” coach Barb Weinberg said. “I think last weekend against Lock Haven was some of the best hockey we’ve played all season, and also against Northeastern the previous weekend. So, we need to get back to that brand of hockey this coming week.”

Including the victory over Northeastern on Oct. 4, the Minutewomen have won five of their last six games. It is a welcome shift from the beginning of the season where UMass was dropping close games instead of winning them.

The job is much easier than it was a week ago, but it is certainly not finished. Weinberg will try to make sure her team does not look too far ahead.

“One day at a time,” the third-year coach said. “Tomorrow we are going to come out and have a recovery session and do some set pieces to prepare for Sunday, and then we’ll do the same thing on Monday. It’s just one day at a time.”

The Minutewomen leave the A-10 for the final two times of the season on Sunday when they take on Boston University and on Tuesday when they take on UMass-Lowell. They will try to keep their momentum going into Friday’s final home game against VCU, which still has so much on the line.

Tim Sorota can be reached at [email protected] or followed on Twitter @TimSorota.