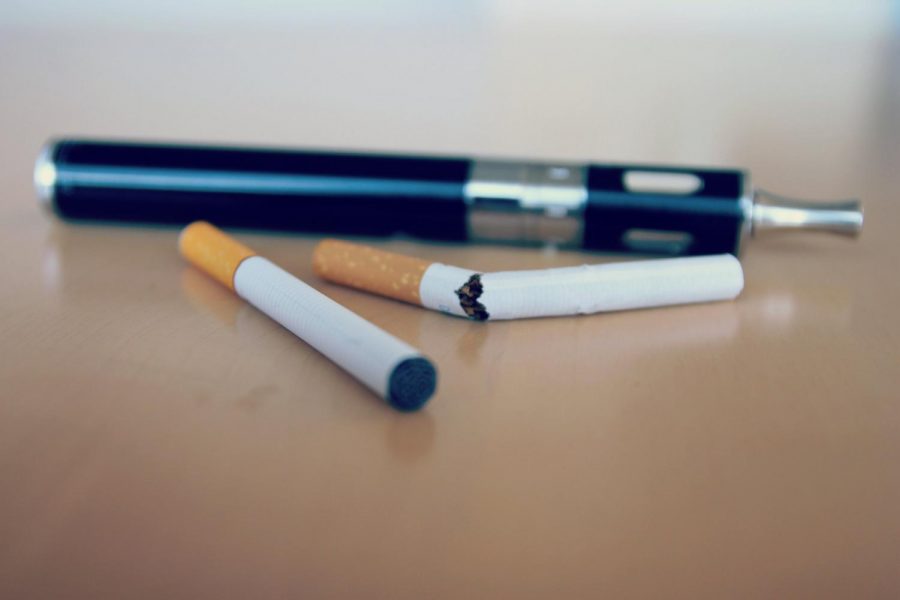 Following the declaration of a public health emergency and Governor Charlie Baker’s four-month ban of vaping products, there has been a death in Hampshire county linked to vaping.

On Oct. 7, health officials in Massachusetts reported that a woman from Hampshire county in her 60s had died from a vape-related illness, making it the first death in the Commonwealth out of 22 deaths at the time.

The death toll has risen to 26 in the country as of Oct. 14, and over 1000 Americans are suffering with lung-related diseases due to using vaping products.

“The sale or display of all e-cigarettes and vaping products to consumers in retail establishments, online and through any other means, including all non-flavored and flavored vaping products, including mint and menthol, including tetrahydrocannabinol and any other cannabinoid, is prohibited in the Commonwealth. The following guidance details initial actions for residents of the Commonwealth to proceed with this order. DPH will continue to update the guidance as necessary.”

While the regulation is targeting nicotine products, some specialists are more concerned about THC products, specifically those sold in the black market. WBUR’s Morning Edition spoke to Dr. Michael Siegel, a professor at Boston University’s School of Public Health. In the interview Siegel said, “And what the overall data tells us is in Massachusetts, of 10 confirmed cases [of vaping-related illnesses], nine [people] were reported to have admitted to using THC oils.”

When asked whether or not the government should have waited to ban the products, Siegel responded, “So, I think that this is a very important principle in public health: when there is reasonable evidence that something is causing a disease, we take action at that point. And I think that right now, we have not only reasonable, but very strong evidence that black market vaping products are responsible for this.”

“Baker just removed the regulated vaping products, which are not necessarily healthy but arguably better than black market vape products, the ones that definitely caused illnesses and some deaths,” Liu said, “so now more people are more likely to be purchasing those anyways.”

Liu also said it is “debatable whether nicotine vape products are worse or better than smoking cigarettes, and there are plenty of people who relied on the use of nicotine vapes as an alternative to cigarettes.

“In a perfect world, no one would be vaping or smoking cigarettes, but I already know people who have picked up [cigarettes] again which have hundreds of more known toxins in them than vapes.”

When asked about vape products, a group of senior nursing students agreed that vape products have allowed for a comeback of nicotine and tobacco use that had previously been decreasing in adolescents and young adults since the early 2000s. The ban is effective currently, but the students believe that there needs to be more research in the underlying issues of vape products.

Sarah Dupont, the graduate assistant of Tobacco Free UMass an organization though University Health Services argues against the use of any vape products.

“[Vaping] is the main focus this year as well because these products have not proven their safety. These companies like Juul market them now as a cessation method, but they’ve never done research that actually proves that it could help people quit smoking,” Dupont said. “The FDA is investigating them because you’re not allowed to say that without proof.

“They’ve also marketed it as if it’s safer than cigarettes and that it could have [a] public health impact in a positive way. But they have not done that research. So until you do that research, I’m not going to be telling students that this is something that is safe and okay.”

Dupont explained how individual Juul pods have high concentrations of nicotine and that each pod is the equivalent of a pack of cigarettes. “We know nicotine is not on its own, is also not good for the body. It impacts your brain, especially when it’s still developing as it does [at] two or twenty-five. It can impact memory and learning, but also has been linked with hardening your blood vessels.”

According to Dupont, these products have not been approved by the FDA but are being targeted to youth.

“Following a lot of Big Tobacco’s tactics, which Juul is now 35 percent owned by Altria, who owns Marlboro,” Dupont said.

When asked what Dupont would like students to know, she responded, “I’d love for them to be more aware of our resources on campus.

“Students can go to the pharmacy, and tell the person behind the counter that they’re a student and they get $10 off of a two-week supply nicotine replacement therapy, so the gum, patch and lozenge.”

Cassie McGrath can be reached at [email protected] and followed on Twitter @cassiemcgrath_.