How television consumption is evolving

From the ‘golden age of TV’ to streaming platforms 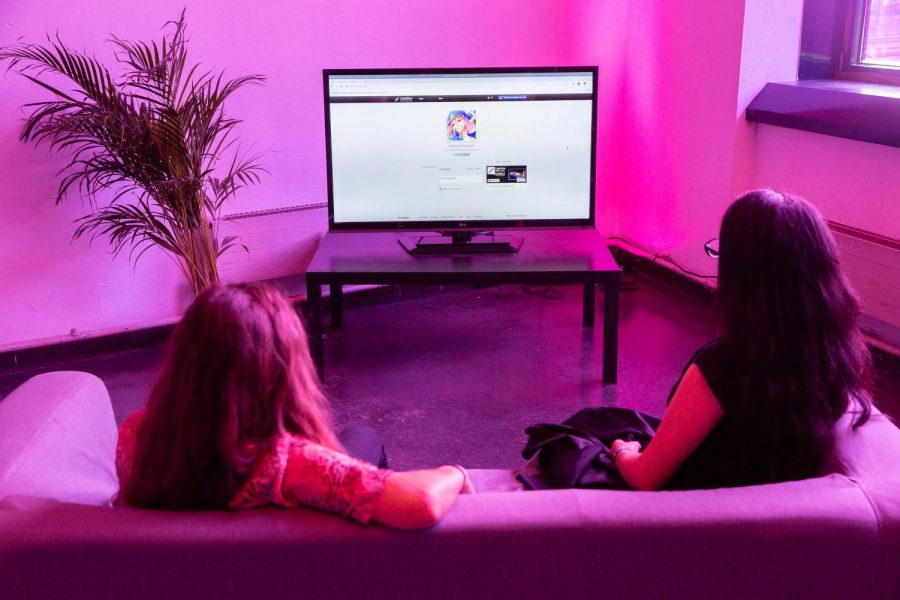 Every Wednesday night at 10 p.m., a new episode of “American Horror Story” airs on FX. When the first episode of the new season aired on Sept. 18th, my work for this semester hadn’t really picked up and I was able to find a group of friends and a TV to watch it on. However, the following weeks I found it increasingly difficult to find people willing to commit to watch the show every Wednesday night, because as our lives got busier, we couldn’t find the time to sit down and watch the show when it aired. Also, there was no concern we would miss it because there is always the promise that it will go on to a streaming platform later where we could watch it then.

TV has gone from a phenomenon that used to bring people together to watch a show at a specific time every week, to something that can be consumed anywhere, anytime, alone or with friends.

Television has been around for a long time; however, the way the modern audience uses television is completely different than when it was first invented in 1927. In the early days of television, it was quite primitive technology. Broadcasts were in black and white and often used one camera with limited camera movement. It wasn’t until 1954 that there was the first color broadcast. During the 1950s, television became extremely popular across America and most American homes began to include a television set. All across the country, people would come together to watch programming on the TV. From this point forward, television evolved quickly as new technologies emerged.

Following color TV, the next big step was the ability to record shows. This allows people to watch their favorite programs on their own time. So, if they were unable to watch it at the time it aired, they could always record it and then watch it at their own leisure. Then with widescreen and HD TVs, the picture quality increased and show quality increased as well. The production of TV shows began to rise to the level of Hollywood films, with regard to their storylines, acting and artistry.

Now, we have arrived at an age where we can not only watch TV on our own time with high quality pictures, but we can also watch TV from anywhere. With access to streaming services on laptops, phones and tablets, a person can watch a TV show in a car, on a plane or anywhere they like. One doesn’t need to be in front of a television screen at a specific time anymore.

However, contrary to the decreased popularity, Americans do still watch network TV. In 2009-10, television-watching peaked at 8 hours and 55 minutes a day. During this “peak” era of TV, the quality of programming was also at its peak, some may say. With an array of “smart, slick series like The Wire, Mad Men, Breaking Bad and Game of Thrones,” television was in its “golden age.”

With the series finale of “Breaking Bad” in 2013, many critics say this marked the end of the ‘golden age’ of television, when the content on the networks was at its best and people were still paying attention.This also coincided with the release of two major shows on Netflix: “Orange is the New Black”and “House of Cards”.

Now, rather than trying to reach large audiences on these platforms, programmers now try to create smaller but more loyal audiences. These creators produce shows specifically for niche audiences knowing that though they may not be reaching a large population, the people that do watch will keep watching.

With the success of many original series targeted at niche audiences, streaming platforms are now moving away from streaming shows from outside sources to original content. Financially, it is more viable to produce their own shows;”If a streaming service doesn’t own the TV show it airs, those shows have to be massive hits to justify the expense of licensing them.”

In a society that is growing more accustomed to immediate gratification, streaming platforms are prevailing as the primary way to consume television.  These platforms offer people the ability to watch a show at their own pace. If they want to binge-watch the whole series in one sitting, they can — or they can space it out as they chose. With most streaming series, viewers don’t have to wait for the next episode to come on. They can shape their own TV watching experience.

As time moves on, it is most likely for the general population to opt for the streaming service option rather than watching television on networks. With busy schedules, it is becoming harder to fit in a set time every week to watch a new episode. There may be some weeks when people want to just vegetate and binge watch every episode in a series and there may be other weeks where people are so busy they don’t have time to sit down and watch an episode. The convenience of being able to watch TV on streaming networks from any device is extremely helpful, especially for students and working adults. Not everyone has access to a television as a student, so logging onto Netflix or Hulu from one’s laptop or phone may sometimes be the only option.

Though this shift in the way the general population now consumes television may seem major, it is just another step on the evolution of television that has been happening since the 1930s. The way we consume content continues to change, and network TV finds itself on the wrong side of that progression.