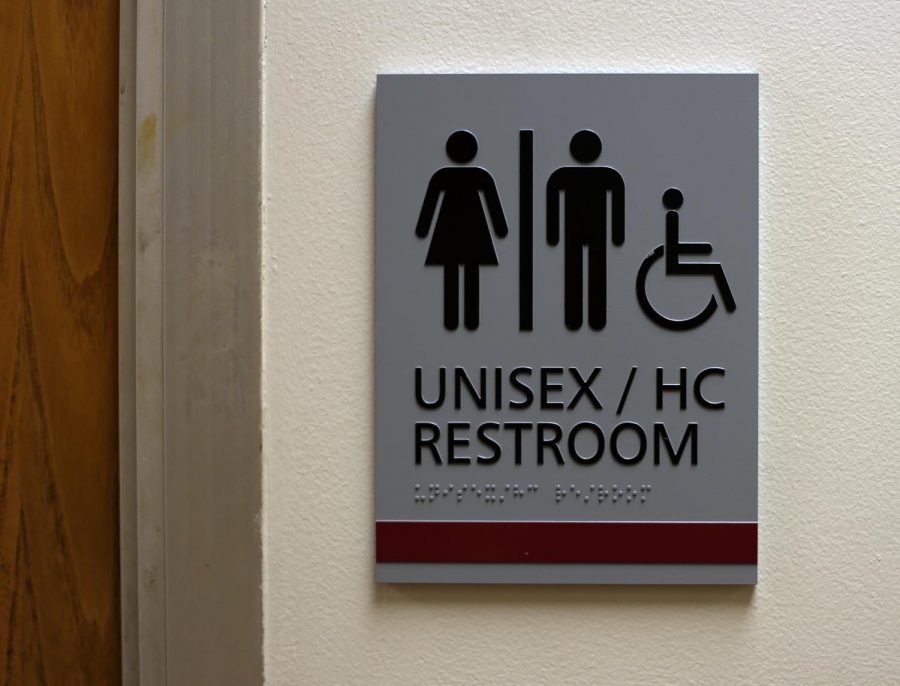 In the towers of the Southwest Residential Area, bathrooms alternate between men’s and women’s on every other floor. The system is set up such that if students who identify as women were living on a floor with a men’s bathroom, they are expected to go up or down a floor in order to use a women-labeled restroom, and vice versa.

As they return to school in the fall, however, students at Southwest are not climbing stairs to use the bathroom. It doesn’t matter if the label says “men” or “women” -in my experience, students use whatever bathroom is on the floor that they live on.

Though in appearance this behavior may seem lazy – students not wanting to take the few extra steps to use their “correct” bathroom – those who actually experience the challenge of living on a floor with a bathroom they do not identify with understand how tiresome it can be to hike a staircase just to wash your hands. Moreover, going up and down the stairwell or the elevator in your towel after showering is an added inconvenience. All this makes the existing bathroom set-up inconvenient and unnecessary.

This trend of ignoring the bathroom gender labels seems to be more apparent in the men’s bathrooms as those who identify as women are more likely to utilize the men’s bathrooms than the other way around. Moreover, this gender-neutral tendency hasn’t caused any apparent traffic-jams or over-crowding.

The issues regarding gendered bathrooms on each floor of the tower go a lot deeper than mere inconvenience. UMass advocates for both inclusiveness and diversity, so why do towers today only provide two gendered restrooms? This alienates individuals who do not identify as either male or female, and it puts pressure on students to put labels on their gender identity.

In November 2016, students protested the university’s lack of inclusion. They filled up the bathrooms of Whitmore Administration building in a protest known as the “Sh*t In,” which demanded that UMass bring gender-neutral bathrooms all across campus. In addition to bathroom neutrality, this protest advocated for better funding for the Stonewall Center, a resource for LGBTQIA community members located on the UMass campus. Greater funding for the center would ultimately allow for stronger advocacy and money for actual change within the center, as well as on the entire campus. These actions called attention to this significant issue, as well as demanded the university live up to its presentation of inclusivity of diversity. Despite this action, the school has not made much progress.

Southwest’s five towers still only cater to men and women for restroom options and house only one gender-neutral bathroom in each lobby. Moreover, these are just single stalls entitled “public restrooms,” which is not enough. Those who identify as nonbinary or non-gender-conforming either must enter a bathroom they do not identify with or make a trip to the lobby of their building just to use a neutral bathroom. Making the multi-stall bathrooms on each floor gender-neutral would allow for everyone’s access and leave out the personal contemplations that can go into deciding what bathroom to use for some individuals.

Gender neutral bathrooms would ultimately remove the inconvenience that students are already avoiding by using whatever bathroom is on their floor, and would contribute towards a more accepting and inclusive environment on campus. Students have already been making their own advancements in this area – it’s time for the University to catch up.

Makailey Cookis is a Collegian contributor and can be reached at [email protected].