Responding to swastikas on Smith College’s campus with unearned compassion 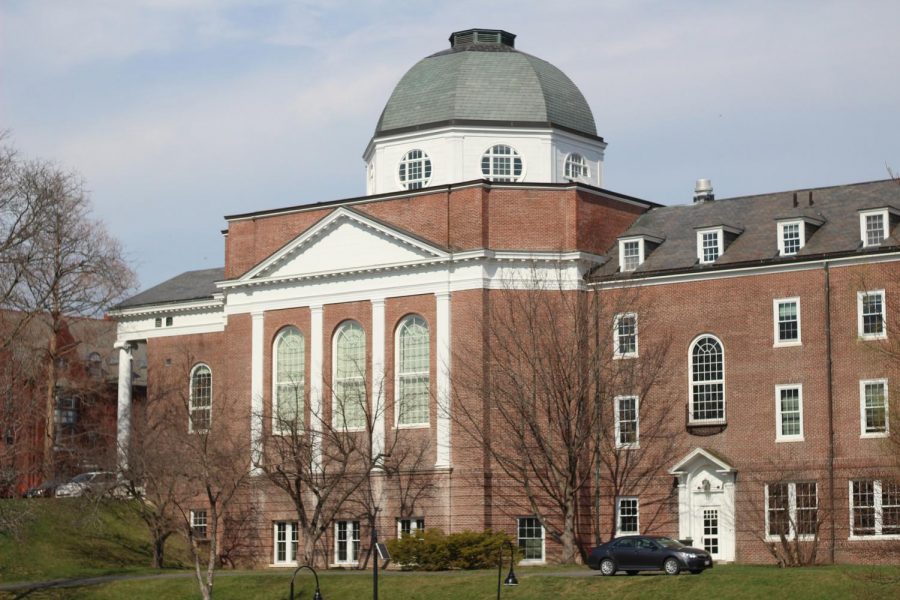 On the evening of Thursday, Oct. 24, swastikas were discovered in three academic buildings on the Smith College campus. Smith’s President Kathleen McCartney condemned the act promptly, but Smith students were quick to blame one another. Since there are no cameras in the affected buildings, we will likely never know who did this.

When I got this news, I thought about the story of the four children that we tell at Passover. In its original context, these kids represent the different ways that children learn. It’s our job as Jewish educators and elders to meet them where they are and teach them all about the story of the Exodus from Egypt. The four children, similarly, could be the four potential perpetrators of the vandalism of my campus. Just as we respond to the wise child, the wicked child, the simple child and the child who does not even know enough to ask differently at Passover, I wanted to address each of them individually. I can reach out to them and they need to know I’m not going anywhere.

To the wise child: maybe you’re a student here. Maybe you felt the campus was disconnected and wanted us to unite against a common enemy. I appreciate where your heart is coming from, wise child, but this is not the way to do it. There is already so much hate in our world. You have done more harm than good here. You should do some more research into the legacy of Jewish students at Smith. We’ve been organizing for years.

To the wicked child: maybe you’re a student here. Maybe you aren’t. You may wish we didn’t share a campus because you wish I weren’t here at all. Maybe you think the Nazis had some good ideas. Wicked child, I’m sorry you’re carrying so much hate in your heart. It’s got to be tiring to worry about a marginalized group replacing you. I encourage you to explore where your hate began. You’re not an inherently bad person for believing what you learned. You can always unlearn. Talk to a therapist. Talk to your friends. Educate yourself on the history of anti-Semitism in America. It was here long before the Nazis and has continued since. You have the power to stop perpetuating this hate.

To the simple child: maybe you’re a student here. Maybe not. You were upset and wanted to rile things up. Maybe you’re angry about politics or liberals. You’re caught up in Trump’s rhetoric of racism, xenophobia, sexism and anti-Semitism. Simple child, you don’t know enough about me to hate me. You’ve become a pawn in a game you can’t win. Learn the history of the divisive rhetoric you’ve bought into. Look at how many groups it’s been used to keep powerless. Unless you’re the male descendant of a British, white Anglo-Saxon Protestant who stole this land with pre-amassed wealth, these tactics have likely been used against you too.

To the child who doesn’t even know enough to ask: maybe you’re not student at Smith. I bet you’re a kid meandering around campus. You just wanted to draw something on the walls because you’re not supposed to draw on the walls. I worry about the lack of education you’re receiving. Your family and educators should be telling you answers to the basics: Who were the Nazis? Why did they dislike the Jews so much? You do not have hate in your heart; you simply have not been taught that hate comes in many forms and symbols, and this is one of them.

Regardless of where they are now, each of these four children need to know that the swastika began as a symbol of hate towards anyone who was not part of the “superior race,” not just Jews. It included people with disabilities, people from other religious minority groups, queer people and political insurgents. To this day, the swastika is more than just a symbol of anti-Semitism; instead, it represents the hate that comes from a global system of white supremacy. I’m not the only one harmed.

It’s up to all of us to look at the overarching systems of power that allow such hate to continue. We have to remember that people’s intersecting identities matter. The experiences of a trans Jew and a Jew of color and a low-income Jew with a chronic health condition will all be different. There is no one prescription for fixing anti-Semitism without dismantling all other forms of inequality.