All social media apps have pros and cons 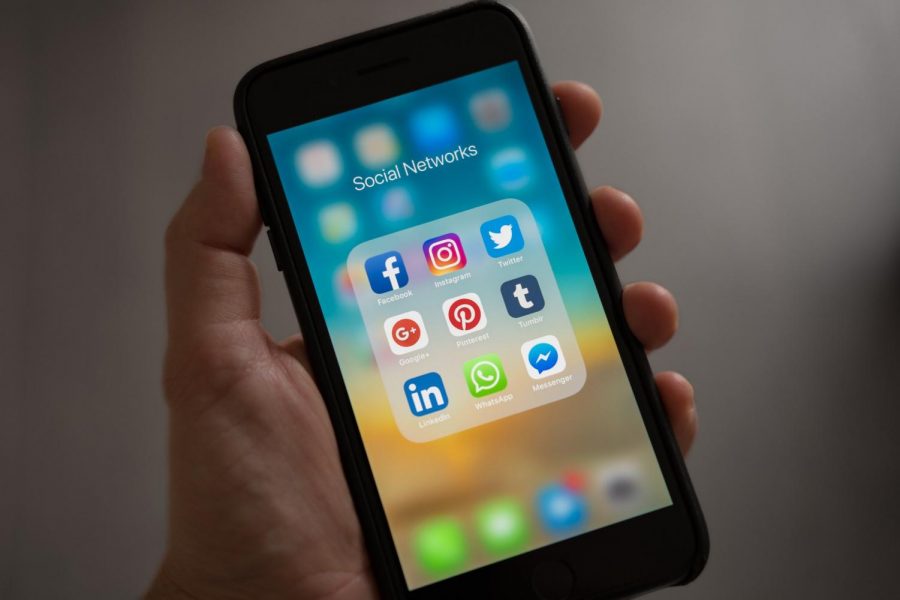 There’s a reason it’s called “the front page of the internet.”

I love Reddit. I love everything about it. From the posts that make you audibly awe in r/wholesomememes to the heartbreaking stories you read about in r/relationship_advice, there’s a certain beauty in the community aspect of Reddit that can’t be compared to other platforms like Twitter or Instagram.

With 1.2 million subreddits, which are essentially discussion boards, it’s impossible not to find the place you belong. And unlike other social media platforms, it makes users feel like they’re not alone. Say you’re a 17-year-old high school student, anxious to begin to college. Maybe you don’t feel like you have the support of those around you. On r/ApplyingToCollege, there are over 100,000 “reddittors” that understand that same anxiety and make up a community to support and uplift each other.

I could go on and on about how great Reddit is for its incomparable ability to bring people together over a common interest, but let me address the elephant in the room: it’s controversial reputation.

No, it’s not a breeding ground for incels and creeps.

Like everything else on the planet, it has some flaws. But can we really hate on a platform solely because of the small percentage of weirdos on it?

How are we going to dismiss a treasure to the online community solely because of some internet trolls who choose to use their free speech for evil? Even so, these internet trolls lurk in every corner of the internet, including Instagram and Twitter.

Reddit, for the most part, is a safe space for people to engage with others who aren’t in their day-to-day life. These people, coming from a place of vulnerability, reach out to strangers for advice on their lives. And the most amazing part of it all? They’ll be greeted with support, counseling and advice.

Not to mention, where else would you find users with a name like u/fitfreakjimmy get advice from u/SassyPikachuu?

No hate to Twitter or Instagram. I love these platforms. I use them several times a day. But I, for one, never comment. I need to uphold a certain look, knowing that my activity will be tracked by friends and family. The upside with Reddit is that you can do whatever you want. You can escape from your personal life for even just a few moments in the day to engage in discourse with people from all around the world.

The world is at your fingertips. Any question you may have, any concern that you can’t bring up with your friends and family, anything you could imagine. It’s right there waiting for you. It’s in a community that is waiting for you. How do you start?

As humans, it’s instinctual to be drawn to pictures instead of lengthy text posts. It’s almost like our brains are made to use Instagram, the most popular social media platform that promotes creative imagery and visual story-telling over recurrent breaking news alerts from Twitter and weird subreddits about birds with arms. Instagram has all the pros of Twitter and Reddit without any of the cons, something all social platforms aim to achieve but never do.

Instagram is by far the most gratifying social media platform out of the three. The system of likes, although dreaded by many as they prepare to post and even removed in Canada, allow users to track their engagement in real time. Generally, the more likes you get, the better or more captivating the post is. If the post doesn’t get as much attention as you’d like, opt to archive the post for later or delete it.

Users don’t seem to be too caught up on likes — Instagram still has a much larger userbase than Twitter and Reddit. Instagram has just around 1 billion monthly active users (MAU) while Twitter and Reddit combined only have 665 million MAUs. Having that many MAUs means that there are always more people posting, hashtagging and streaming as opposed to less-trafficked platforms where it can be more difficult to receive the engagement you truly deserve. There are some funny tweets and subreddits that don’t get the attention they deserve on their respective platform. Yet, they blow-up when reposted on Instagram accounts.

Posting on Twitter is different since there’s typically not as much planning — it’s just words. The Instagram layout encourages posting images of yourself or things to describe you. Besides your icon, other Twitter users have no way of knowing what you look like unless you post a picture of yourself. The same goes for Reddit, which gives users the ability to say what they want without a corresponding image to the text.

For those lacking the courage to speak up on an Instagram post or to subtweet their favorite celebrity, Reddit allows for you to say what you want to who you want without fear of judgement. This is a slippery slope, however, as you can also say whatever you want to whoever you want without getting in trouble whether it be about beating women or fat shaming. And if I’m not mistaken, a look back at many celebrities’ tweets might reveal their racist past or homophobic comments.

Maybe it’s just me, but I don’t see this happening as often with Instagram content, further supporting the notion that Instagram fosters a community built on inclusivity, not hate.

At the end of the day, Instagram captures all sorts of audiences. That’s why it’s so popular and continues to dominate the social media game. Twitter and Reddit both offer more specific aspects that Instagram fails to capture in its entirety like organized thread posts through subreddits and real-time news through Twitter with a chronological feed. Ultimately, while Twitter and Reddit offer unique environments built upon thoughtful discourse and community-building, Instagram has been and will continue to be the go-to platform for its diverse crowd of users and underwhelming lack of controversy in contrast to Twitter and Reddit.

While no social media app is perfect, to me Twitter is as close to one will ever get. Sure, Instagram is fun for showing off a new haircut and Reddit is a decent platform for story-telling and advice-giving. But all in all, Twitter is so much more.

I feel that the way in which people are so blatantly honest on Twitter can be quite refreshing. Apps like Instagram don’t exactly scream “raw” or “real” to me, and while I myself am guilty of making my life seem a bit cooler than it truly is on the ‘gram, I find the common obsession that comes with posting the perfect picture to be toxic. Not enough likes? I’m ugly. Somebody unfollowed me? They must hate me.

On Twitter, people simply don’t worry so much. They say what’s on their mind, whether it be a controversial political statement or their opinion on Harry Styles’ new single. You can learn so much about a person from going on their Twitter profile and seeing their thoughts, from their opinions on climate change to what makes them laugh. You don’t have to wonder if what they’re saying is genuine because the whole point of the app is to be candid.

One of the best parts about Twitter is the discourse — it’s what the platform was made for. Interactions can be completely meaningless, or they can create a stimulating discussion. It’s a user’s choice which conversations they want to participate in, but the opportunity to create a voice for oneself is there. Even if someone doesn’t want to be a part of every discussion, they can become educated by observing other people’s thoughts and opinions.

Some might argue that Reddit contains a similar quality of discourse. The difference, however, is that Reddit users have nothing to gain from their posts besides, at the very best, a bit more wisdom every now and then. Twitter users can gain recognition and be granted opportunities that Reddit users never could. I’ve seen many instances where Twitter users who started out promoting their small businesses grew a much larger consumer base.

Unlike other apps in which I often find myself mindlessly scrolling through and ultimately wasting my time, Twitter actually pushes me to think. It allows me to consider an initial thought I may have had from a different perspective and do more research on a subject that’s not talked about enough that someone on my timeline has brought awareness to.

It’s also fairly easy to engage and make friends on Twitter. If you’re a person who experiences social anxiety and has trouble finding places where you can fit in, Twitter could be an opportunity to include yourself in communities that both interest you and are a safe space. For example, if you want more people to talk to about the new Post Malone album, all you have to do is type his name and the word ‘mutual’ into the search bar. You’ll come across a number of tweets from Twitter users who are also fans of his work and are looking for other users with the same interests to follow and create a group with.

As well as making for good learning experiences and building communities, Twitter is well-known for being very amusing. All it took was a circulating meme of Kylie Jenner singing “rise and shine” to entertain my roommate for a week. Twitter jokes are unique and the humor provides a balance for the platform. On one hand, Twitter constantly acknowledges how much the world seems to be falling apart — on the other, it recognizes that we can at least all find a little bit of light and laugh together, even when things aren’t going so well.