Hipp and Bonavita contribute to comeback 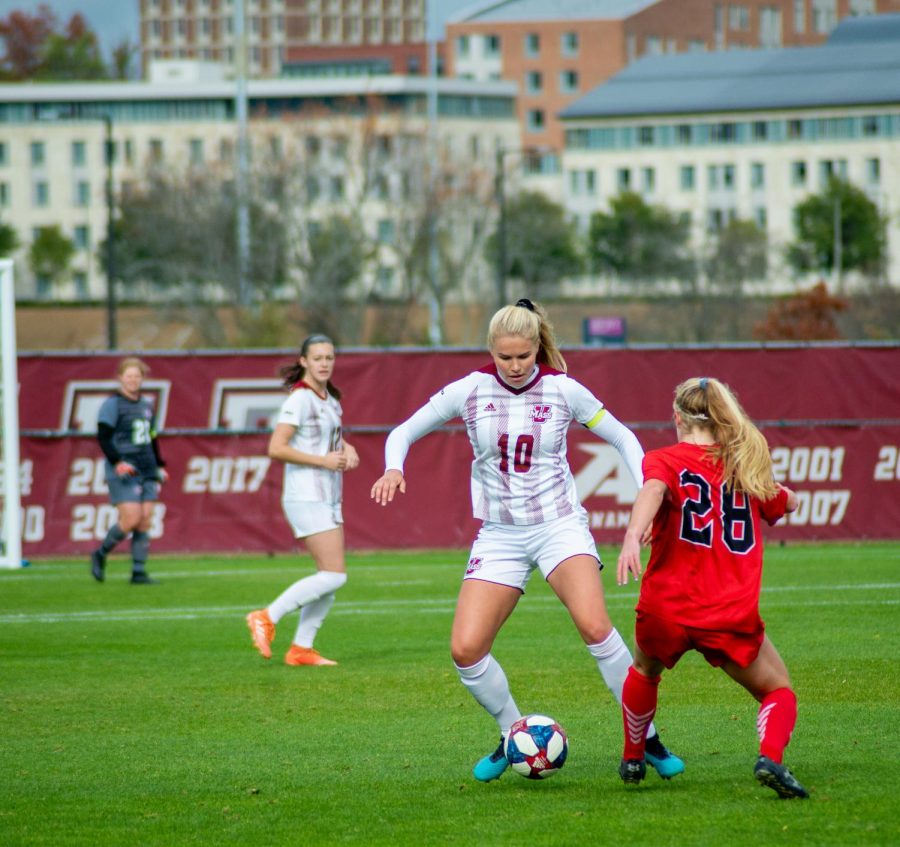 “Jenny has the ability to help calm things down and generate offensive opportunities,” coach Jason Dowiak said. “It was great to see her score. We didn’t expect to see her first goal to come off of such a dynamic header, but we’ll take it.”

Out of the 15 total games played this season, UMass has had all but one contest decided by one or fewer goals. The Minutewomen have a narrow goal differential of plus-five. However, their record this season proves they’ve gotten away with some close decisions. Beyond their four-game unbeaten streak, UMass is now 5-1-1 in its last seven matches.

“We have a lot of talented players and we’re young in certain areas,” Dowiak said. “And, we’re still a program that’s growing into its own image, so the ‘find a way’ mentality for us has been that we know we can create a chance at a moment’s notice … we feel like we’re always putting ourselves in position to stay in and win games.”

UMass came out swinging in the second half, taking 19 shots to Duquesne’s mere six. While only roughly half of those shots went on goal, it was still enough for the Minutewomen to net two second-half goals. The other goal came by way of Lauren Bonavita in the 65th minute.

“Lauren’s real instinctual,” Dowiak said. “She does what she can to go find the ball. We have a lot of different dynamic movements and players that sometimes things can get a little confusing—if everybody wants the ball and goes for the ball. But her instincts the past couple of games have been really good [in terms of] finding the dangerous areas in front of the net.”

Bonavita, who’s second on the team in points with 17, is coming off a Davidson match in which she netted the lone score.

The Dukes’ only goal of the game came off a snipe from Alex Saturni that went up and over UMass goalie Peyton Ryan. The graduate-student goalkeeper for the Minutewomen made four saves on the day, allowing just one goal. Ryan has not allowed more than one goal in the last four contests, lowering her GAA to 1.59 — her lowest rating since Sept. 10, when she sported an average of 1.45 goals-allowed per game.

“Honestly, [Duquesne] was probably one of the most organized teams that we’ve played this season,” Dowiak said. “We played a ton of shots in the second half … [the game] could’ve been a real different story if Peyton hadn’t made two unbelievable saves in the first half … I really can’t say enough about what she does for us.”

In addition to stellar goalkeeping, the UMass backline trio—Dani Sclafani, Fiona Kane and Ava Jouvenel—played the entire duration of the contest, with each player clocking in for all 90 minutes.

The Minutewomen will look to continue their most recent hot streak as they come back home Thursday for a match against La Salle. The game is set to start at 3 p.m. from Rudd Field.

Ryan Beaton can be reached at [email protected] or followed on Twitter @ry_beaton.