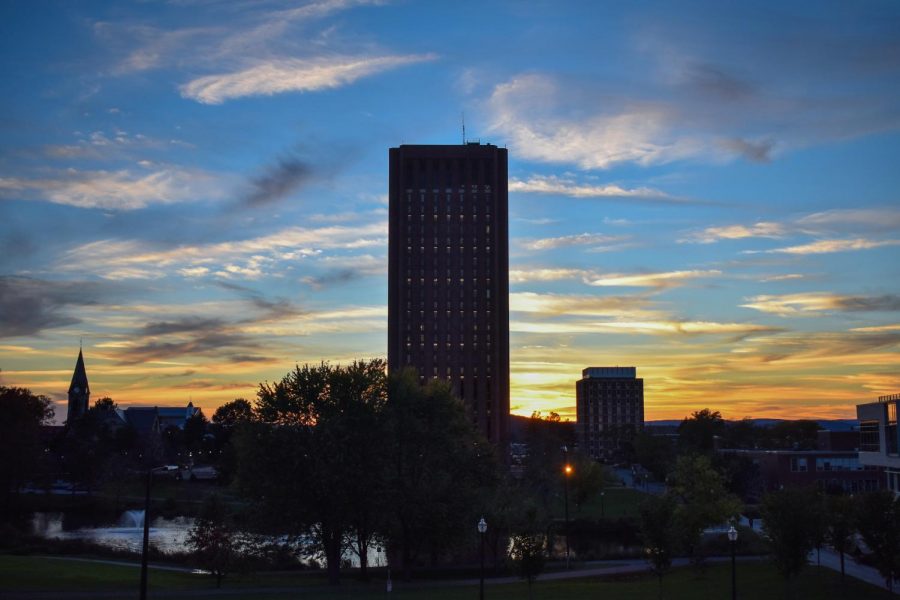 At approximately 11:15 p.m. on Wednesday, Oct. 16, several residential areas at the University of Massachusetts lost power during a powerful storm sweeping over Western Massachusetts and southern New England.

At 11:55 p.m., a representative from the UMass Physical Plant, which is responsible for the custodial, grounds, utilities and building maintenance, stated there was no update on the cause of the outage. As of 12:09 a.m. on Thursday, a cause remained unknown and the University tweeted that facilities crews were working to restore service.

ALERT: There is a power outage impacting parts of campus. Facilities crews are on the scene and working to restore service. Updates will be posted.

In a post on the Wildfire app, a student at the University shared a video of a large tree by a tunnel in the Southwest area, apparently brought down by strong winds during the storm.

According to Eversource, as reported by Western Mass News, over 1,220 residents in Amherst and thousands more in the Pioneer Valley experiencing power outages shortly after midnight. In the same report, Amherst Fire Chief Tim Nelson stated a section of East Pleasant Street was closed after trees came down onto the roadway.

At 12:44 a.m., the University confirmed power had been restored across campus.

UPDATE: Power has been restored on campus. Facilities crews will continue to monitor building systems throughout the night.