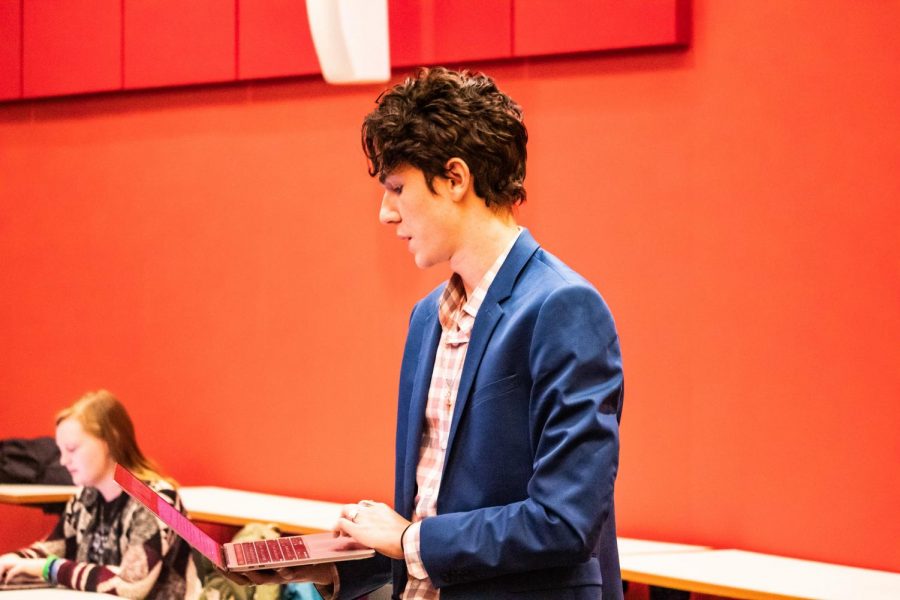 The University of Massachusetts Student Government Association met in the Commonwealth Honors College events hall Wednesday and passed motions to declare a climate emergency and endorse the Professor Pledge.

The Social Justice and Empowerment Committee put forth the motion to declare a climate emergency in part as a response to UMass students’ recent participation in the Sept. 27 climate strike.

“Our ideas behind this motion are to frame how we move forward about sustainability within the work we’re doing,” SGA President Timmy Sullivan said. “In a lot of ways, we already embody what it means to do some of this work, but this just reaffirms our commitment to an active framework.”

As part of the motion, the SGA also urged UMass to follow their lead in formally declaring a climate emergency, as well as to take further action within the university to combat climate change. The formal motion states that the university should “accelerate ambition and action to meet the urgency of climate change and to reduce their Greenhouse Gas emissions, invest in sources of clean energy and make the campus more sustainable.”

The SGA also hoped that the motion would set an example for other UMass campuses, as the Amherst campus is regarded as the flagship campus.

The motion was created based on outreach done by Sullivan, who based the motion on the consensus among global scientists that the world is in a state of emergency.

“[The motion] states something that is already known and accepted,” Sullivan said.

The SGA also passed a motion to endorse the Professor Pledge, which is a MassPIRG initiative that urges professors to turn away from using expensive grading software, online textbooks and homework programs that cost students large sums of money.

This pledge is in part a response to the monopoly that several textbook companies hold over online textbooks, and how their raising of prices is negatively affecting students, according to John Coviello, the MassPIRG coordinator of the affordability campaign.

“They’ve used their controlled markets to raise prices on students, and try to push things like access codes,” Coviello said. “This is forcing students to take fewer classes a semester, and to switch away from these programs.”

The SGA also expressed concerns about these expensive materials creating a lack of diversity in certain fields, such as STEM, which generally requires more textbooks and online programs.

The way the SGA plans to push for these changes is to meet with professors and discuss how they can shift away from these expensive programs.

“Our plan would be to work with MassPIRG, to go around, and go to professors and be like ‘have you heard about this?’,” said Casey Kelleher, chair of the Academic Oversight Committee. “It’s not any sort of binding thing for them, it’s just something to get them to talk about it.”