Minutewomen have a bye coming off win over Vermont 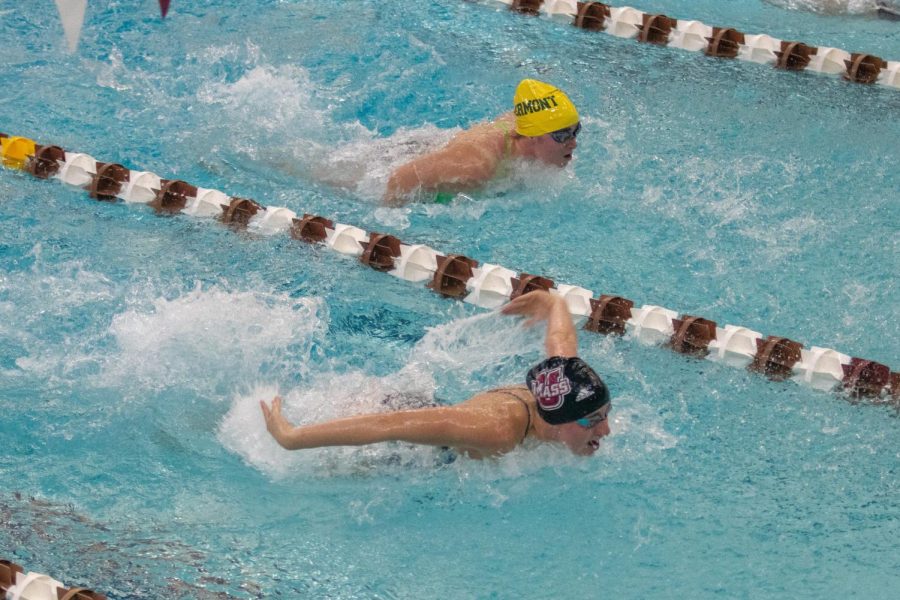 The Massachusetts men’s swim and dive team returns to the water this Saturday to face off against NJIT at 11 a.m., which will be their first home meet of the season.

The Minutemen (2-1) will have their hands full against NJIT (3-0), who are undefeated after beating St. Francis College Brooklyn, Manhattan College and Saint Peter’s. The Highlanders will be at Providence College for a meet the day before they travel up to Amherst.

“They’re a good, strong program,” coach Russ Yarworth said. “They’re a new Division I team, they got a good coach, they got some standout athletes that are going to give us everything they’ve got so we gotta be ready for them. NJIT is a good team, and they’re in the middle of our second hard training cycle and then we will be going in recovery week next week. We’re just trying to overload [the men’s team], progress and then do it again.”

The Minutemen have a long-term goal in mind to get themselves in the best shape that they can as well as they can when they head to Geneva, Ohio in February for the A-10 championships. Yarworth has a plan set for how to get them there, and it isn’t going to be something that happens overnight.

“In sports, you have to challenge your kids and push them to the edge, but you also have to give them time to recover so they can feel the benefit of our training that they’ve been doing,” Yarworth said. “If you keep banging and banging and banging on them, they’re going to be overtraining, and overtraining results in poor performance. You have to have a plan, then you have to read the temperature of each individual and the team as a whole, to see what they can keep on doing.”

Yarworth, who is in his 37th year of coaching the swim and dive team for Massachusetts, has quite the experience and knows what it takes to be successful, having 280 total wins and 14 total A-10 coach of the year awards. He uses this vast knowledge over these four decades to put his team in the best position at the end of the year.

“I think after having quite a lot of experience coaching, you do the eye test, as well as use a stopwatch,” Yarworth said. “What do they look like? Are they starting to struggle? The stopwatch tells you if they’re starting to struggle. So we can adjust what we’re asking them to do based on that, while staying within the cycle.”

The Minutewomen (3-1) are coming up on a bye week after a convincing 200-100 win over Vermont. They do not have another meet until Nov. 2, which means that there will be an uptick in the training regimen.

“They know what this week is about, they are getting in there and doing their jobs,” coach Bob Newcomb said. “They totally get it, of course they’re really excited to take some time off, but they’re getting in and doing what they have to do, we’ve had a couple of really good workouts.”

The future is also in mind for Newcomb and the Minutewomen, as they understand that swimming doesn’t mean as much until the end of the season, and that teams can get away with not winning as many meets in the regular season and still perform well when it comes to the conference championships.

“They’re going to be able to do things they couldn’t do in the beginning of the season,” Newcomb said. “We will continue to progress. We don’t take it down a notch, it’s part of our plan. You don’t back off endurance, so we are going to continue doing what we’re doing. We think we are on the right track to get them to do all of the various things that they need to do.”

The Minutemen will be at Joseph R. Rogers Jr. Pool this Saturday at 11 a.m. Both teams will host Boston University the following week.