Swim and Dive: Men’s and Women’s both finish 1-1 for the weekend

Both teams take win over Fairfield, loss against Army 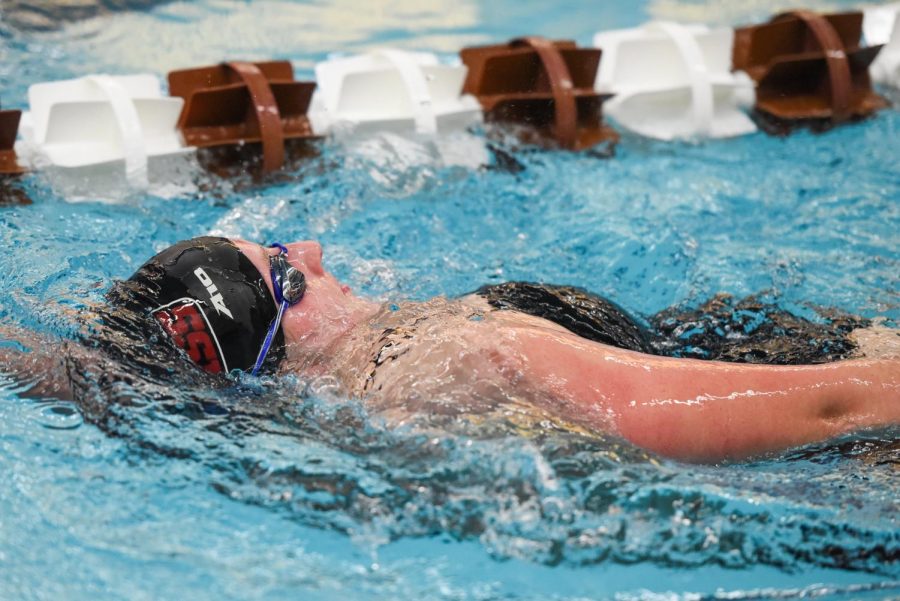 HThe Massachusetts swimming and diving teams each finished the weekend with a 1-1 record, falling to Army on Friday then traveling to Fairfield Saturday to take home the win.

On Friday, both teams fell to Army. the men by a score of 104-191, the women 105-190. Although it turns up as a loss, both coaches were very pleased with the results that they saw from their teams.

“We worked them really hard this week and it was a three-and-a-half hour bus ride, but I was totally blown away with how hard they swam and how well they swam,” men’s coach Russ Yarworth said. “From top to bottom, the kids turned in a really great performance.

A few of the men also made top 25 all-time UMass swimming times, with sophomore Will Munstermann earning a top-25 ranking in the 100-meter backstroke, which was also a lifetime personal best for the sophomore. Jamie MacDonald also cracked the top 25 all-time in the 200-meter butterfly.

Women’s coach Bob Newcomb was not too concerned with the loss, more excited with the progress being made and the fantastic culture that the girls bring to the team.

“We are right where we are supposed to be at this point of the season,” Newcomb said. “They swam hard in every single race, and they got back out after another day of travel and staying at a different hotel and swam hard again.”

The culture is another thing Newcomb prides the team on. “They’ll go outside and do stretches together then come back inside and cheer on their team.”

Yarworth and Newcomb each believe that the season meets are preparing them for the A-10 championships in February.

“You go for the end of the year performance, so we train through the competition so we can compete at the end for the championship” said Yarworth. “We’re able to challenge our guys to swim with less than 24 hours rest, and the reason we like to do that is because the championship at the end of the year is four consecutive days, so we got to make sure they are ready for it.”

Joseph Aliberti can be reached via email at [email protected] or on Twitter @JosephAliberti1.