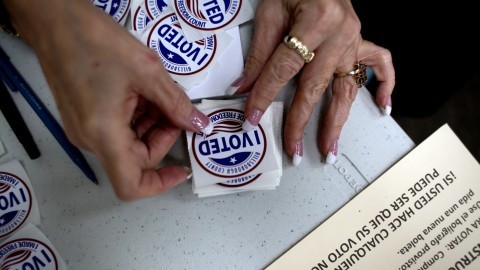 Presidential elections have the power to consume the United States and its media for years before any votes are actually cast. The 2020 election is no different, with candidate John Delaney announcing his plans to run in July 2017, over three years before the general election in November 2020. The first Democratic primary debate took place this year on June 26 and 27, over a year before the actual general election. That the debate ran over two nights is an indication of just how crowded this presidential race is. This, among other things, can make it frustrating to follow the primaries. Politics are not easy to watch, they’re not fun to follow, but the events and conversations that occur in the lead up to election day are important and ignoring them with an eyeroll and a scoff is not doing any good. If you choose not to engage in the political conversations happening around you, you are allowing others to remove you from these conversations thereby ensuring that your opinion and concerns do not matter.

This goes beyond just voting. Anyone registered to vote can show up to the polling station and cast a ballot, and they should. Any exercise of a person’s constitutional right to vote is a positive one. There is no law saying that in order to vote you must have watched every debate, or that you have to pass some sort of political test. That would be extremely corrupt and wrong. If all you do come election day is show up to vote, that’s a victory in and of itself, considering that many people skip out on this. However, we can do more, and I think we should want to do more.

This brings me to the current Democratic primaries, with 19 people running so far, creating long, crowded debates that voters understandably skip. Instead, they read the summarized articles that come out the next day, highlighting the “winners and losers” of the night. These articles mention, for instance, that Mayor Pete Buttigieg and Sen. Amy Klobuchar went on the offensive on Sen. Elizabeth Warren’s healthcare plans, but miss out on important details about the technicalities of each person’s plan. Watching the debate in real time allows for a more complete understanding of these issues. A highlights reel is not the same as the real thing.

If you checked Twitter, you would see that the topics of climate change and LGBTQ+ rights were noticeably absent from the October debate, but if you watched you would see that this was because many other topics such as Sen. Bernie Sanders’ age and Ellen DeGeneres’ surprising friendship with George Bush were deemed more important. A scroll through social media simply does not afford the same understanding as sitting down and watching the debate unfold.

The coverage of the primaries is not limited to debates either. Throughout the campaign trail, candidates participate in town halls such as the Equality Town Hall held on October 10 which addressed specific questions concerning the LGBTQ+ community. Such events ensure that a variety of issues are discussed in a more focused manner. People watching and paying attention to these discussions ensure that they continue to take place. You may have seen on Twitter Warren’s “zinger” from the night of the Equity Town Hall. It was a good one, prompting laughter from the audience and viewers all over. Not tuning into the actual event, however, might mean that you missed Warren’s answer to the question posed by a nine-year-old transgender boy about safety in school, to which she ensured the boy that his voice would be heard in her presidency.

There is absolutely no harm in being more informed. In 2019, access to such information is readily available with streams of debates and town halls available the very next day. Excuses for not engaging are quite limited for those like myself who have access to a laptop, phone, Wi-Fi, and even viewing parties on campus. So, pay attention to what is happening, the conversations around it, and then vote in the primaries. Our lives are busy and sometimes it isn’t possible to sit down to watch a three-hour debate, but when you can, I encourage you to do so. Not only will it leave you more informed, but when you cast your vote in the primaries and the election next November, you’ll know your decision is the best one you could have made.