Minutemen trailed 28-0 after the first 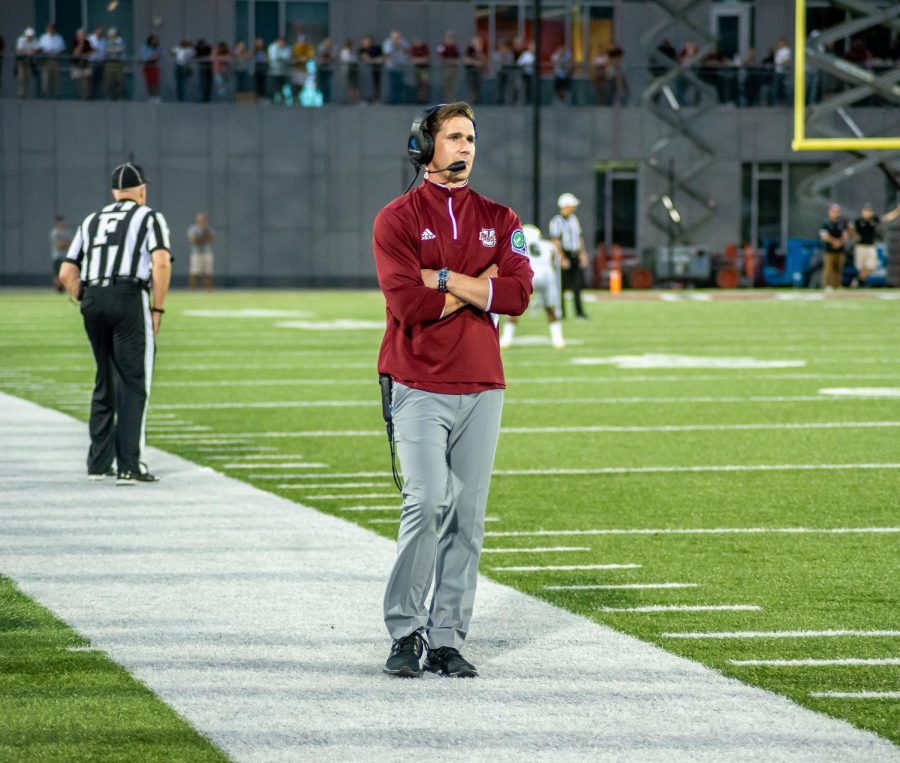 Just 55 seconds into the game, quarterback Michael Curtis threw a pass into the flat that was intercepted and returned for a touchdown, and the Massachusetts football team never caught up en route to a 69-21 loss to Louisiana Tech on Saturday.

After another drive stalled, the UMass (1-6) defense gave up a 74-yard touchdown run the first time it stepped onto the field, digging a 14-0 hole before five minutes of game time had elapsed. Things continued to get worse before they got better, as the Minutemen surrendered two more touchdowns in the first quarter.

“I thought we played with great energy,” coach Walt Bell said. “I thought the story of the first quarter was just really poor quarterback play. That’s somewhere where we’ve got to improve. We’ve got two weeks, we’ve got to find a guy that is going to put us in a position to play well and keep the offense on the field.”

By the midpoint of the second quarter, LA Tech (5-1) led 42-0 and the UMass offense had punted three times and turned the ball over on downs once. Following a jaw-dropping kickoff return by Isaiah Rodgers to set the Minutemen up deep in Bulldogs territory, Randall West came in at quarterback and led the Minutemen to two touchdown drives off turnovers before a tipped-ball interception slowed UMass’ brief momentum.

Curtis finished 8-of-14 and recorded 49 passing yards to go with the pick-six. West finished 17-of-29 for 172 yards with a touchdown and an interception.

“There’s a reason he [West] won the job coming out of fall camp,” Bell said. “He’s been hurt, he’s been beat up, and trying to get him healthy. Came in, played really well, and gave us a chance today on the field.”

For all the struggles of Curtis and the offense as a whole, the defense struggled mightily. The Minutemen gave up 219 yards in the first quarter and 208 in the second, allowing 52 points the first half including 10 points in the final four minutes before halftime.

Before six minutes had passed in the third quarter, LA Tech took starting quarterback J’Mar Smith out of the game and replaced him with Westin Elliot, who came into the game having completed just one of his four passes with two interceptions on the year.

“I will say, that’s a great football team, first and foremost,” Bell said. “That’s probably the best football team we’ve played this year up until this point.”

To make matters worse, Rodgers went down on a kickoff return early in the fourth quarter with what appeared to be a left knee injury. He had to be helped off the field, putting very little weight on his left leg.

Despite the ugly final score, UMass had more fight than it has most of the season, at least for the final three quarters. After the two touchdowns in the second quarter, Bilal Ally broke out for a 51-yard touchdown run in the third quarter to narrow the gap a little further. When all was said and done, the Minutemen were outscored 27-21 after the first quarter. Even the defense picked up a little, forcing three turnovers.

None of that was enough on Saturday, though, in a game that was all but over before the end of the first quarter.

With the season more than half over, the Minutemen get a much-needed bye week before returning home to face Connecticut on Saturday, Oct. 26.