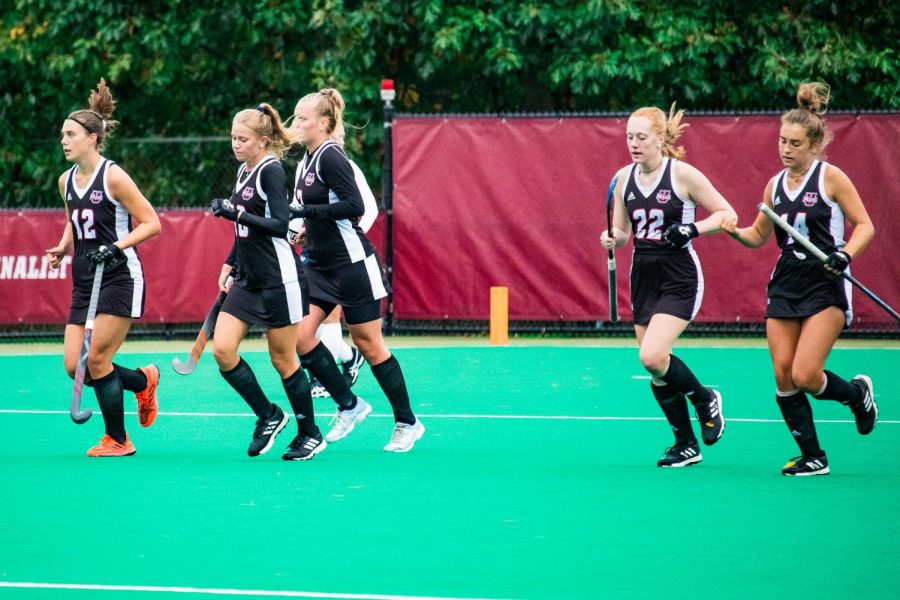 The Massachusetts field hockey team resumes its second round of Atlantic 10 play with a string of away matchups, beginning with Davidson this Friday.

Coming off of a 2-1 loss to New Hampshire this past Sunday, the momentum the Minutewomen (4-7, 1-2 A-10) mustered from upsetting No. 25 Northeastern was cut short.

They were not able to tie it up in the last few minutes against UNH (6-5, 0-1 America East), which capitalized on key moments in the end that denied UMass the advantage it needed.

“The shots that they did have they were able to finish, whereas we missed a lot of key opportunities,” coach Barb Weinberg said.

The Minutewomen did not let the loss drag them down. This week in practice they took to focusing on gearing up for the upcoming conference slate of play.

“The focus in practice has really been on us and what we need to improve on,” Weinberg said. “Over the past few weeks we really have taken this week to work on our goal scoring and some things on the defensive end.”

UMass now looks to put up some conference points starting with the Wildcats (2-10, 0-4 A-10). After beating Towson this past weekend, Davidson is searching for its first conference win.

“They’re going to want it as much as we do and we’re going to have to beat them in that sense,” freshman midfielder Jess Beech said. “We have a saying where we give ten percent more than the opposition, so we offer opposition. Hopefully we can bring that to the game.”

Despite the unfamiliarity of facing off at foreign pitches, the Minutewomen are up for the challenge. Surprisingly, the team has tallied more away wins than they have at home so far this season.

“This year has proven that we’ve actually had better results on the road than we do at home,” Weinberg said. “It’s always challenging playing at different fields, but I think that being together our team dynamics and team culture is very positive this year so being on the road just heightens that.”

The Minutewomen have proved they are hungry for a conference win and intend on capitalizing on that hunger Friday at Belk Field.

“We try to feed off of being away and almost having a point to prove when we go to other’s pitches,” said Beech. “We know how it feels to lose on our own pitch, so we want to give them that feeling. Even though we’re away, we’re still going to bring all we have.”

In last season’s matchup, UMass took the win over Davidson in a 3-0 shutout, but that isn’t fazing the Minutewomen in the least.

Friday’s conference battle versus Davidson is set for 5 p.m.