The Minutemen are on a four-game losing streak 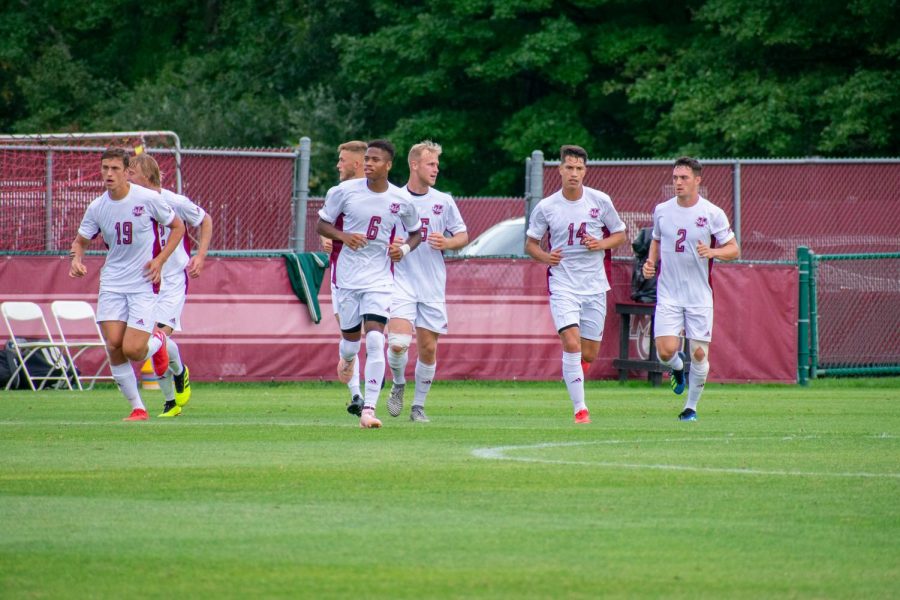 Conference play rolls on for the Massachusetts men’s soccer team, as it hosts Saint Louis on Saturday.

Following a loss at Dayton to open up conference play, the Minutemen (4-5-0, 0-1 Atlantic 10) are on a four-game losing streak and will not have a break when the Billikens come to town.

The Billikens have taken teams down with their pass-heavy attack. They have scored 15 goals and 12 of them have been assisted. This could be dangerous for a team that presses heavy like UMass, as the sheer volume of passes and balls in the air could tire out the Minutemen and leave them susceptible to allowing chances defensively.

“They’re a big passing team and they love balls over the top,” midfielder Eli Cronin said. “Our game is kind of just to get into teams and get into their minds and kind of mentally wreck them. Our game has always been pressing so we’re just going to try implementing on that all 90 minutes and see if we can mentally break them down.”

Goalkeeper Marvyn Dorchin, who led the Minutemen to four shutouts in the first five games, will be key in countering Saint Louis’ attack. Through nine games, Dorchin has allowed just seven goals.

“We know that Saint Louis really likes to play the ball,” Dorchin said. “We’re going to stay compact. The back four and I, we talk a lot about the season and how it goes and how the chemistry goes on the field as well. We want to win and we want a clean sheet so we’re going to do everything in our power to do that.”

Cronin, who has missed the past four games due to injury, is due to return against Saint Louis. Cronin’s absence has resulted in a lot of rotation in the center of the field and has been one of the contributing factors in the Minutemen’s losing streak. His return only adds to a UMass team desperate to get a result in the win column.

UMass has had the luxury of an extended break. The Minutemen haven’t played since the Dayton game last Saturday and the week off has given them a chance to get themselves rested.

“They have some very athletic, very technically gifted players,” O’Leary said. “We have a good structure, a good spirit, that allows us to be competitive against all these teams. We’ve had a week to prepare for this ― this is the first time we’ve had a break ― so we’ve had a really good week of training and now everyone knows their jobs, so now we just got to go out and do our jobs and I think we’ll be fine.”

Saturday is also a part of Alumni Weekend. Former players of the program will be in the stands and celebrated prior to the game.

Kickoff is set for 1 p.m. on Saturday at Rudd Field.