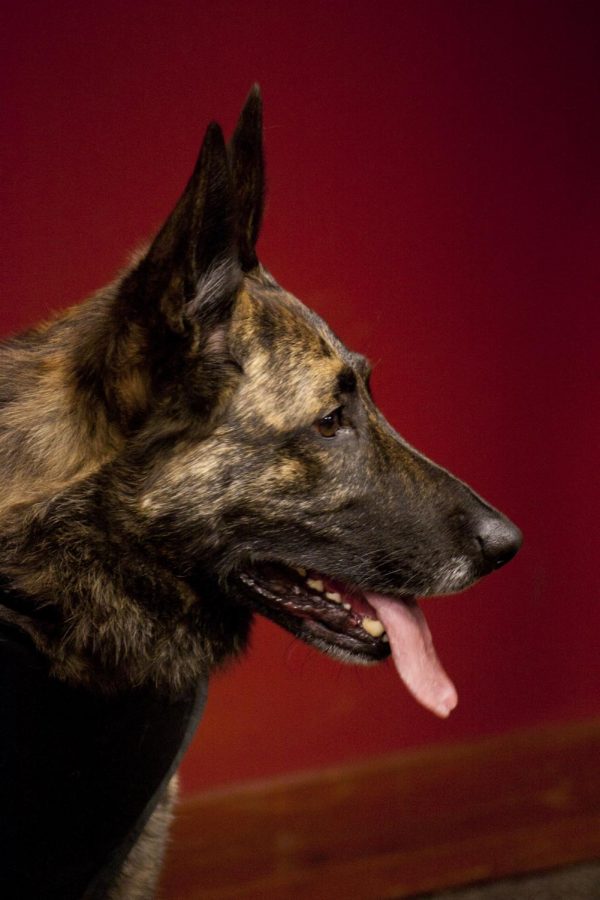 Alec completed his “Imprint” training, a four-week process that takes place without the handler in order to teach the canines to locate explosives, on Oct. 18, according to an email from UMPD Detective Gerald Perkins. Perkins will serve as Alec’s primary handler for training, which began on Monday in Reading.

Alec will serve as an Explosive Ordinance Detection dog. During training, Alec will specifically focus on bomb detection for large gatherings on campus such as sporting events or concerts.

However, according to UMPD Deputy Chief Patrick Archbald, “99 [percent] of the dog’s work will be community outreach and student engagement.”

“I wish we had five dogs. They’re a wonderful way to connect with the community and break down and real or perceived borders [between citizens and police],” Archbald said in the press release.

This is not the University’s first time with a K-9 unit, as the UMPD has had three dogs in the past. This will be Perkins’ second time working with the unit.

“I had the departments first K-9, Max, in the early [to] mid 2000s and am very excited about doing it again,” Perkins said. Max, a Belgian Malinois, was a Patrol and Narcotics Detection K-9 He is one of three drug detection dogs that has previously served on the UMPD, with the last dog retiring in December of 2014.

The UMPD works closely with the Massachusetts State Police, who are “the go-to agency in Massachusetts to assist local police departments and getting dogs,” Archbald said. State police works with an organization called Guiding Eyes to find dogs throughout New England, who train dogs for the blind. This allows state police to know what unit to place the dog in depending on the temperaments and tendencies they show.

According to Archbald, Labrador Retrievers are an ideal breed to serve in this capacity. “We were fortunate enough in this case, that that’s the type of dog that was chosen and offered to us.”

Alec and Perkins got to spend some time together after the state police contacted the UMPD and the two “hit it off.” The rest of the UMPD is equally excited for the arrival of their new co-worker. “Alec has already had a meet-and-greet with our whole staff and there was a lot of positivity,” said Archbald.

Following the lead of fellow police dog Marvin, who serves the Amherst Police, Alec also has his own Instagram account @umpdk9alec. Although he has not quite yet reached Marvin’s following, who currently has over 6,700 followers, Alec’s Instagram is a place for the community can follow his progress throughout his training and be able to watch the detective and dog duo grow.