What’s the deal with Supreme?

A look inside streetwear’s biggest brand 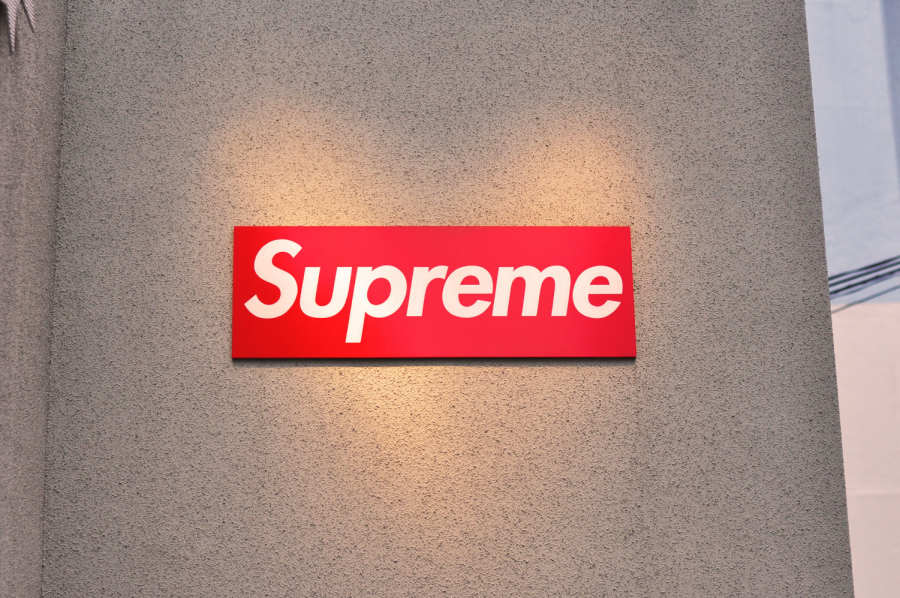 In April 1994, Supreme’s first store opened in an old office space in SoHo, Manhattan. A small spot on Lafayette Street, it was said to be more of a skate hangout than a store. Supreme released a few branded t-shirts, sold among other skate brands’ skate products and clothes.

As of 2019, Supreme has eleven stores worldwide. Each store, from New York to Japan, is accompanied by a line of 300-something people every Thursday morning, the time of the drop, hoping to get their hands on as much as a pair of boxers in their size. All of the products are Supreme, from skateboards to clothing to shoes and accessories.

Supreme has two main drops every year: the spring/summer collection and the fall/winter collection. Each season is announced far before the drop, the “preview” page on Supreme’s website lists almost every piece that will be released.

Throughout the season, the brand releases collaborations with artists like Keith Haring, Roy Lichtenstein, Terry Richardson, and brands like Vans, The North Face, Antihero and even Louis Vuitton. These collaborations tend to be the hardest to get your hands on. Every week during each season, special product is released, usually announced on Mondays and released on Thursdays. The weekly drop lists can be found on Supreme’s website, or on seemingly infinite social media pages, from Instagram to Twitter to Facebook. Purchases can be made at any of eleven stores or online.

However, to even get a place in the Thursday line at a New York or London location, one must enter a “pre-queue” online, registering to a mailing list and receiving a random place in the line. To purchase most of the items online, one must shell out an extra $130 (at least) to have a bot which is programmed to buy items instantaneously at the drop. Everything is often sold out immediately.

Why are 300 people skipping school or work on a Thursday morning to try and get anything they can with a Supreme logo on it? Why is demand so high that one has to wait in line in order to wait in line?

Part of the answer is a limited supply. Supreme releases a limited amount of every piece made and supply is guaranteed to be lower than demand. Once an item has sold out, it’s gone. Unless you are willing to shell out a few hundred extra dollars for a second-hand item on a site like eBay or Grailed. A hooded sweatshirt with nothing but the Supreme box logo sells for $148 at retail, and around $600 on resale. Jackets from the first Supreme x The North Face collaboration are on Grailed for $10,000.

This leads us to our next question: what pushes people to spend $600 on a hoodie? What is so special about the box logo? Why does Supreme written on a North Face jacket up the value by thousands and thousands of dollars?

This exclusivity gives way to hype. Hype around certain pieces that are especially hard to find, “holy grails,” hype for the new season or next week’s drop, hype that Drake or Kanye or Kim has stepped out in Supreme. Much of Supreme’s rise can be credited to the appearance of a Supreme box logo hoodie on Tyler, the Creator in his “She” music video. Is hype really enough to push someone to spend hundreds on a t-shirt?

What really sets Supreme apart from other fashion brands is authenticity. Supreme is a brand made by skaters, for skaters, on a street deep in New York in the ‘90s. They produce and have always produced high quality products, but the price goes beyond this.

Arguably, most of the people wearing Supreme today don’t skate. Today, Supreme serves the youth. They know what’s up, what’s cool, they “get it.” That ‘90s sense of authenticity remains.

To those involved in the cult following of Supreme, if you’re wearing Supreme, you “get it,” whatever “it” is.  According to streetwear forums and subreddits, in a group of skaters, Supreme gives you credibility. It gives you authenticity. Not everyone will get what it means when you wear Supreme or recognize that your jacket is $2,600 or an ultra-rare piece.

That is precisely the point.

In an interview with Vice, Dimitrios Tsivrikos, a consumer psychologist at University of London, speaks on what makes Supreme special, saying, “In evolutionary terms, we all collected. We collect articles or resources to survive, but survival doesn’t only rest upon what we need physically. We need, psychologically, to distinguish ourselves. In the past, tribes would decorate themselves with feathers or precious stones to set them apart from other tribe members and attract potential mates. In the same way, collecting Supreme really allows people to build their identities with rare objects.”

We all just want to be different, and cool, and distinguished. We all want to be authentic. For this global community, Supreme provides exactly that. Even if it comes at such a high price.