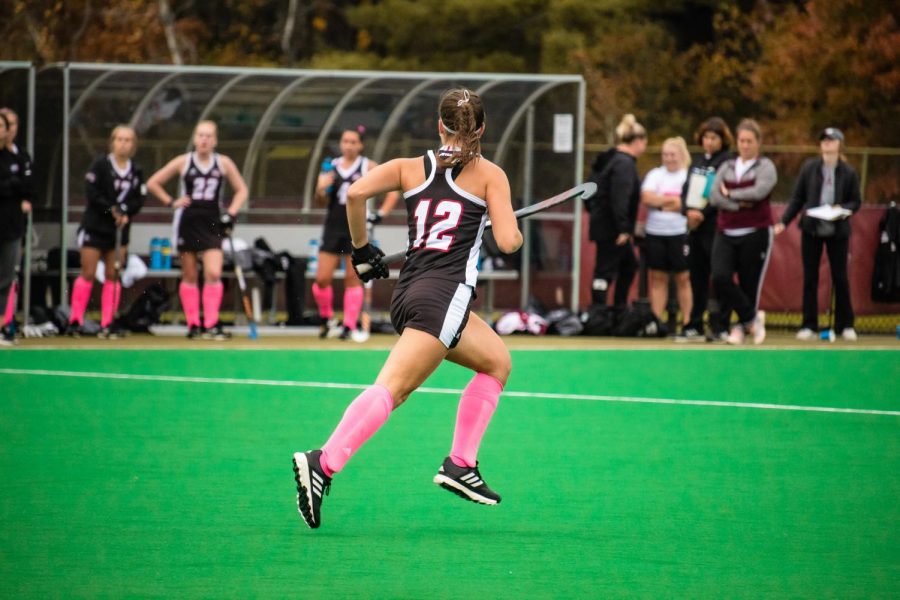 The Massachusetts field hockey team enters a key matchup with Virginia Commonwealth on Friday that will determine whether or not the Minutewomen will earn the right to play beyond this weekend.

Friday is the last day of A-10 play, and Saint Joseph’s remains undefeated and at the top of the conference, with its tournament berth locked up. UMass is in a three-way tie with Richmond and Lock Haven for second place in the conference, each with five wins and two losses.

Behind these four teams is the Minutewomen’s next opponent: VCU. Only four teams make it to the conference tournament. If the Rams win Friday, they would be tied with UMass at 5-3 in the A-10 and VCU would own the head-to-head tiebreaker.

“[Playing with confidence] is huge. For our upperclassmen, they’ve been in this position before,” coach Barb Weinberg said. “I think Tuesday night versus UMass Lowell was essential for us to win that game, to have that confidence going into VCU.”

For UMass, the goal is simply to focus on winning and shutting down VCU’s strengths. If it comes out on top, UMass will make the tournament.

“It’s going to be a really good midfield matchup – they’ve got two talented junior midfielders on the team,” Weinberg said. “Their off-ball movement is fantastic and they’re able to create a lot of threatening attack through the midfield.”

This season has the potential to shape up similarly to last year. The Minutewomen are currently 9-8 on the verge of making the A-10 tournament. In 2018 the team went 10-10, losing in the semifinals to VCU. With a win over UMass, VCU is likely to move on to the tournament.

Alternatively, a loss would knock them off, reversing roles from last year. Many player changes have been made, though, and not every player sees the similarities.

“I find it hard to compare last year’s game to this year,” midfielder Sophie de Jonge said. “With so many new starters and freshmen it makes the team really different, and I think we can definitely handle them. This is a team that likes to play under pressure, and if we have to win, we will win.”

De Jonge, a senior, will be playing her last home game this Friday, along with graduate student Michelle Barrett and senior Sara Davis. In addition to the crucial game, it will be a memorable night for these three as they will be honored before the game for Senior Day.

UMass plays No. 3 Connecticut on the road this Sunday in what could be these three athletes’ final field hockey game as Minutewomen. It has been a hard-fought season, with eight of UMass’ 17 games decided by a single goal.

Richmond defeated UMass earlier in the season by a score of 2-1. This could be the deciding factor of UMass’ fate, because if any teams are tied for the final tournament spot, head-to-head matchups will decide who moves on.

In the case of each team losing, there will be a four-way tie for second with only three spots available. In this case, UMass only has the matchup against Lock Haven, which it beat 3-0 earlier this season. With both Lock Haven and Richmond having beat VCU, UMass aims to avoid the complex factors that it would need following a loss.

“We need to have a solid team defensive effort for 60 minutes of the game tomorrow and continue to capitalize on opportunities,” Weinberg said.