Christmas should stay in December

Yes, November is too early 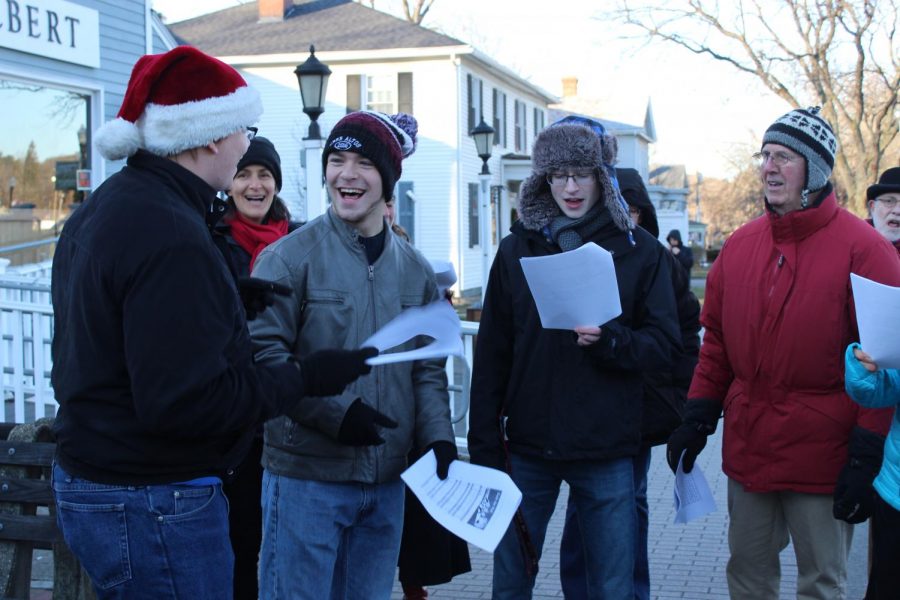 It’s Oct. 30. I’m walking in a Walmart, scavenging through the remains at the Halloween section when something catches my eye: in a separate room, Walmart has already set up Christmas decorations. A whole room of Christmas trees, ornaments, and décor. Halloween hasn’t even passed, but Walmart has decided to skip over the festivities of Thanksgiving and go right for the big one: Christmas. Throughout my escapades at JO-ANN, Target and Michaels that same day, almost every store was drenched in Christmas gear. Judging from their appearance, you wouldn’t know that it was still nearly two months until the actual holiday!

Don’t get me wrong, I love a good Christmas song in the appropriate season, but I don’t understand why we, as a society, have agreed that Christmas starts in November. One of my close friends, at 12:01 a.m. on Nov. 1 every year, listens to Mariah Carey’s “All I Want For Christmas Is You”. In this dedication to Christmas, he is not alone. Christmas has a near cult following. While driving to Fright Fest early this October, some of my friends wanted to play Christmas music. What’s surprising is that half of the people in the car didn’t even celebrate Christmas, and we were on our way to a Halloween themed event.

I don’t want to listen to Christmas music in October. I don’t want to buy a full-size animatronic Santa Claus on Nov. 1. I am happy to wait until mid-December to watch those Christmas movies that Netflix is advertising to me with unmatched desperation.

This all-consuming enthusiasm is not matched by any other group on any other occasion. Jewish people don’t do this with Hanukkah. Pagans don’t talk this way about Yule. Moreover, that Christmas begins before its time frame and overextends past it’s delegated month can be exhausting.

Proponents of early Christmas celebrations often subscribe to something I call the “Christmas music fallacy.” They argue that because Thanksgiving doesn’t have any good music, this is an invitation for you to begin listening to Christmas music the moment that Halloween has passed. I call this a fallacy because the assumption that there’s a constant stream of holiday-related music that we listen to throughout the year simply isn’t true. Sure, Halloween has some music, but celebrations like Arbor Day or Mother’s Day, or even bigger holidays of Passover, don’t flout the same jingles that Christmas has come to acquire. This isn’t to say that Christmas doesn’t have a lot of great songs — it does, and I like to enjoy Christmas music during the month of December or even as early as after Thanksgiving. But arguing that the end of Halloween is time for us to start listening to Christmas music is a substantial mistruth.

I genuinely think that by holding off on premature Christmas celebrations, we give Thanksgiving the temporal leeway that it deserves. Of course, Thanksgiving is incredibly flawed in its history and doesn’t have half the fun of holiday sweaters or songs that Christmas season brings, but there’s a certain value that can be derived from being grateful for what you have and spending time with friends and family. Not even the full month of November is dedicated to Thanksgiving – realistically, it’s just three weeks. Allowing this time to be dedicated to Thanksgiving is not that big of a loss.

This is not a war on Christmas. People should be entitled to having fun in harmless ways like enjoying a holiday. The issue is that this trend treads on my life as someone who understands Christmas to exclusively be a December holiday. I would like an opt-out option from these early Christmas celebrations.

My final plea to the Christmas-crazed individuals (a shocking amount of whom I personally know) is this: all I’m asking for is two weeks to do Thanksgiving and then we can go full force into Christmas. Please. It’s too early otherwise.