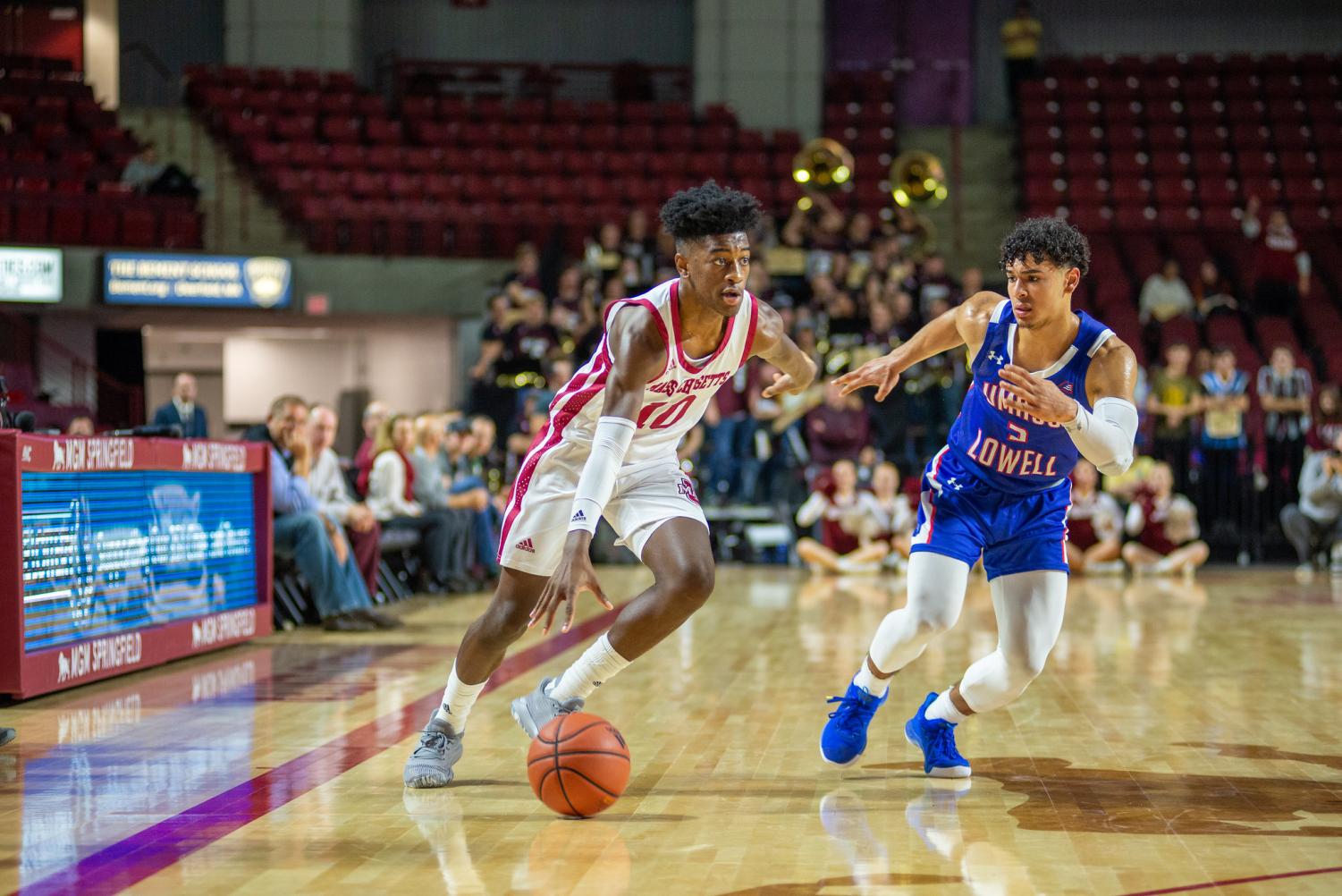 From underdog to starting guard: Sean East’s rise to being one of UMass’ best players

The freshman is showing why he belongs

Sean East has been more than the stable hand at point guard that he was expected to be for the Massachusetts men’s basketball team.

Through the Minutemen’s first three games of the season, East racked up 20 assists to just two turnovers. The guard has been getting better each game, and as he gets more comfortable in the role, the Minutemen won’t need to worry about creating shots.

Before UMass, East played four years at New Albany high school in Indiana. East started to break out as a player, and at the end of his final year, East went to Combine Academy in North Carolina for a postgraduate year.

“Coming out of high school, I had a little bit of interest, but the main talk was, ‘Can he guard? Can he create his own shot?’” East said. “Just all types of little things. That extra year helped me kind of build on all of those and just become a better player than I already was. I stayed in the gym 24/7. I was waking up at 6 a.m. at least three to four times a week and working out with my assistant coach. We were studying film 24/7, and I was just bettering my craft 24/7 to try to get to the next level and try to prove everybody wrong.”

It was that year when East really hit the scene, going up against top programs and coming away with a lot of success.

In his time in North Carolina, Combine went up against Woodstock Academy, then coached by current UMass assistant Tony Bergeron, and he went off. The guard continuously broke right through the Woodstock press and made the right plays every time. Combine lost the game, but East finished with 17 points, nine assists and the attention of coach Bergeron.

“When I hired coach Bergeron and we said, ‘Hey, we need a point guard,’ he was one of the first names that he brought up to me,” McCall said. “Coach Bergeron was out here pressing and doing all of those things at Woodstock, and Sean East was going by it all and making the right play every time. I think Coach had a terrific amount of respect for Sean’s game from playing against him.”

East signed with the Minutemen on May 20. His main reason? Playing time.

“It was a good place to play early and a great coaching staff — they care about you,” East said. “I just want to help turn the program around.”

East arrived on campus and immediately stepped into the role of floor general. From the very first day of practice, East knew that his ability to see the floor and push the ball would be utilized.

Throughout the recruiting cycle, UMass lacked a presence at point guard who could facilitate the ball. East filled that hole quickly and, through his first few games with the Minutemen, has excelled in it.

“I’ve been comfortable with any team I’ve been on since I started playing basketball,” East said. “I’ve always been the point guard, so I’ve always had a leader role. Just coming here and doing this is just like second nature. It’s not new. It’s new coach and new players, but running the offense isn’t new for me.”

East has confidence, and he’s needed it playing alongside the talent he’s seen. He understands that the focus has never been on him, and he’s at peace with that. For East, winning is all that matters, not individual accolades. That’s why UMass was his choice. He wants to contribute to a winning program.

“I’ve always been an underdog,” East said. “I played alongside Romeo Langford. I’ve never been in the shining light. I’m just coming in and hopefully making enough of an impact to win. At the end of the day, I want to win.”

Taking that role of being the sidekick to a star is valuable for East in his current situation with UMass. The big-name player is Tre Mitchell, the 73rd-ranked prospect in high school by ESPN and the talk of the entire UMass team right now. East knows what it’s like playing off a player who draws the attention of opposing defenses, and he fully plans on using that experience on the court this season.

“It’s just going to help us,” East said. “I’m used to it ,and I’m pretty sure the Woodstock guys are used to him getting doubled, so it’s just going to open up more shots for us, and they’re not going to be able to double him that long, so that’s going to get him back to scoring.”

For those who haven’t seen East play basketball, the best way to describe his game is by using the word “steady”. He’s steady whether it be with the ball in his hands or without. He’s able to shoot the ball, he’s able to pass the ball at a high level, he has terrific court vision and his finishing ability is consistent.

East’s best trait is his ability to see plays before they materialize. Against UMass Lowell, East took a pass in transition and before he even turned around, he was throwing a pass down the court to Samba Diallo for a bucket.

He’s a consistent outside threat as well. While that hasn’t shown through the first few games of the season, East shot 41 percent from three in his season at Combine Prep and is certainly a threat to extend the floor if needed. His favorite shot so far has been a left-hand floater in the lane. It is a shot that he has mastered and, through a handful of games, has shown confidence in taking and making it.

East’s basketball IQ is higher than you’d expect from a freshman, and it’s earned him the trust from the coaches.

“I told him in the timeout that I called there — he was kind of getting fired up, and I told him ‘Hey, it starts with you. You can get as fired up as you want but you’re our point guard and you’re running our team, so it starts with you,’” McCall said following the game at Fairfield. “And I told him in the locker room after the game, ‘I’m not letting up on you, because you have a chance to be a special player.’”

UMass would not have won that game against Fairfield without Sean East. His ability to find a way to create a basket was key to the Minutemen pulling out that victory.

He looks more comfortable with each game. UMass is going to need him to improve at this rate if they want to be successful. His development as a floor general is key to a team that struggled to create shots for its high-level shot-makers. Whether it be hitting a player in transition or stalling just long enough to make a pass to a shooter open from an off-ball screen, East’s play-making skill is one that plays a big factor is UMass’ success this season.

“He’s only going to continue to get better each and every day,” McCall said. “Much like Carl [Pierre] did his freshman year, just because of the opportunity that he’s going to have to play. Our team needs him. Obviously, he’s had a couple of good games here, but struggles will come. When they do, I hope he continues to be steady.”

East may not be the team’s star, but give him time — he’ll show you exactly what this underdog can do. He always has so far.

5 Responses to “From underdog to starting guard: Sean East’s rise to being one of UMass’ best players” 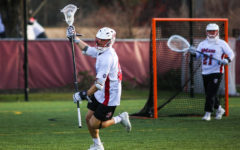 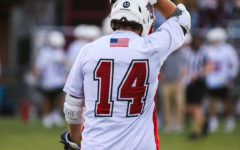 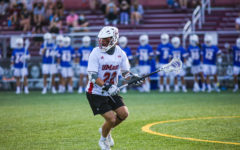 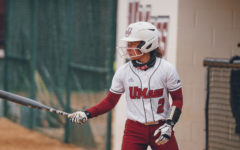 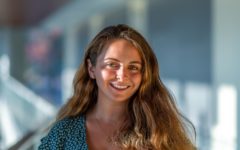 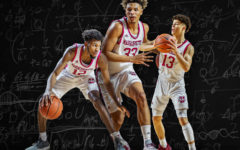 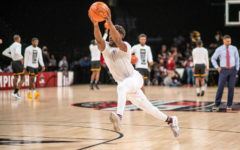 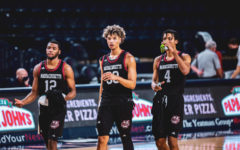 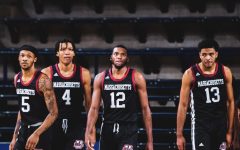 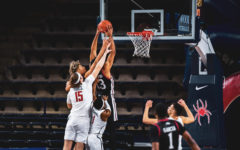