J Mascis on Amherst, UMass and the early days of Dinosaur Jr. 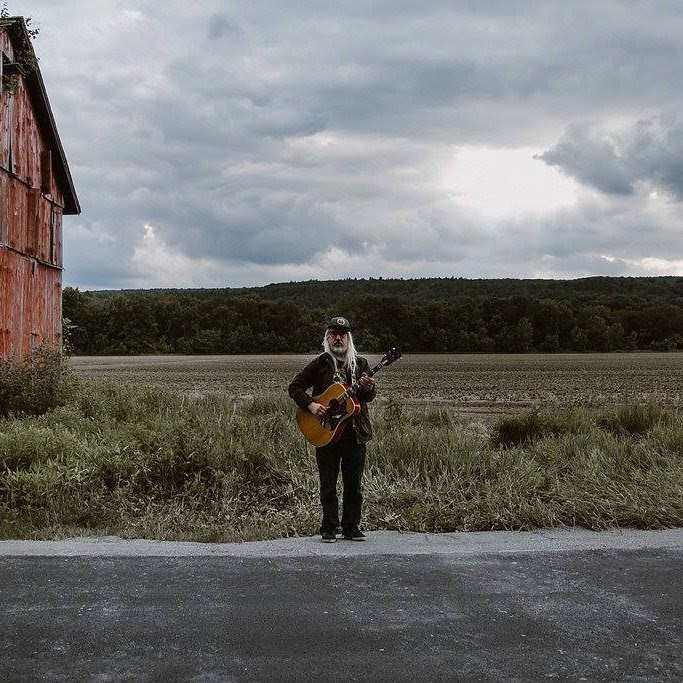 By Quinn He, Collegian Staff

Amherst finds itself full of rich history: it was home to poets such as Emily Dickinson and Robert Frost, along with a plethora of other influential figures in the arts. The town has also played a significant role in the development of alternative music. It is the hometown of J Mascis, one of the most influential guitar players of his generation. In early October, Mascis and I got to talk about the early days of Dinosaur Jr., UMass and more in a phone interview.

Mascis is the front man and main songwriter for Dinosaur Jr., an alternative rock band that formed in 1984 and continued its prolific career until 1997, before reuniting again in 2005. A native of Amherst, Mascis formed the band after attending the University of Massachusetts. Mascis has been an inspiration for a cornucopia of guitar players and musicians, most notably Kurt Cobain of Nirvana, who once asked Mascis to play drums for the band. He refused.

Listening to Mascis’ music and watching live performances from the early 80s, it is abundantly clear that Dinosaur Jr. paved the way for many grunge bands in the early 1990s.

The first instrument Mascis learned to play was the drums, but guitar became his instrument of choice once Dinosaur Jr. started. He mentioned punk rock serving as an inspiration for him when first getting into music, The Ramones were a catalyst. In conversation, Mascis’ voice is calm, slow and quiet, but his powerful, overdriven and loud guitar solos have an intense emotional element acts as a foil to his voice.

Dinosaur Jr. has been categorized into the grunge, punk, noise and indie rock. In a decade filled with artists like Madonna, Elton John, Michael Jackson and lots of other pop-heavy music, Dinosaur Jr. had a sound that pierced eardrums and redefined the parameters of volume in rock music. Mascis’ gritty drawl and loud, fuzz-filled guitar acts as a sonic wall upon the listener and penetrates ears with power. This was all backed by the original two members: Murph on drums and Lou Barlow on bass guitar.

A few of my questions were geared toward the type of pedals he uses and how he figured out the sound Dinosaur Jr. would be known for.

“Yeah, I got the Big Muff and the Jazzmaster…I know I wanted to play loud, compared to playing drums and to get the dynamics into guitar playing. I wanted to be able to get quiet and loud and, so drumming really inspired me,” Mascis said.

This early sound of Dinosaur Jr. was aggressive and hard for some listeners, according to Mascis. Coming from a punk background, Mascis’ guitar exemplifies a lot of the raw, gritty sounds found in early punk rock bands. The fuzz, distorted, overdriven pallet that made up Dinosaur Jr. soon became the sound they were notorious for in the Amherst and Northampton area.

“It wasn’t very popular,” Mascis said. “Everyone hated us when we got started. We got banned from all the clubs in Amherst and Northampton if we played there. We were too loud and didn’t have any fans.”

These two factors were not very desirable for the local venue managers looking for acts to fill their stage, nor was the sound favorable for the quaint town of Amherst. Dinosaur Jr.’s reputation soon spread to the various clubs in the area, and it became difficult for them to play shows at local venues, Mascis revealed.

“New York was the place we started to get accepted,” Mascis said.

In New York, Dinosaur Jr. was playing at a venue where Mascis met Sonic Youth members Thurston Moore and Kim Gordon. After touring in England and releasing their second album “You’re Living All Over Me,” Mascis started to see Dinosaur Jr. become more accepted in his hometown of Amherst and across the country. “You’re Living All Over Me” was released in 1987 to immense acclaim and continues to be a well-loved and highly regarded album in their discography. On the track “Little Fury Things,” Sonic Youth guitarist Lee Ranaldo’s voice can be heard as background vocals during the chorus. Mascis meeting Sonic Youth both sparked Dinosaur Jr.’s career and ignited a life-long friendship between them. On Sonic Youth’s album “Daydream Nation,” their song “Teen Age Riot” envisions a world where Mascis is President of the United States.

Mascis stated there wasn’t much of a music scene in Amherst besides bands playing in Springfield. But one of the first gigs played by Dinosaur Jr. was at the Bangs Community Center behind Panda East in Downtown Amherst.

“It’s where I go to vote now,” Mascis added.

He also stated it was a common hangout spot where he used to play pool.

At this point in the interview, Mascis added, “We played a battle of the bands at UMass once.”

With my interest piqued, I instantly shifted toward questions pertaining to UMass.

“I lived in Brett [Hall],” Mascis said. “Yeah, we played at dining commons, I mean um… what do you call it?”

After some descriptions and pondering we figured out it may have been the Haigis Mall. Dinosaur Jr. also played at UMass in 1986, location unknown. During the show, the trio played songs that would go on to be released on their sophomore album just a year later.

“We’ve also played the Spring Concert [at UMass],” Mascis said. “The thing that used to be behind the Fine Arts Center right on the lawn.

Mascis was shredding away on hit songs off their second album to a crowd of UMass students not unlike ones now moshing to Lil Uzi at last year’s Spring Concert. It was a surreal moment for Mascis to be playing at the concert after being a student at UMass just a few years earlier to a crowd of students only a few years younger than him.

“Yeah, that was great because I had always grown up going to the Spring Concert,” Mascis said. “It was a highlight because it was always a place I used to see bands play.”

Mascis’s perspective of the Spring Concert is almost poetic. He started by growing up in Amherst and watching shows on the field, then watching them as a student and then being the one to play the venue to a local crowd of his peers.

Today Mascis continues to play live shows all over the world, mostly as a solo act, on an old Gibson CF- 100 acoustic guitar with a pickup installed so he can still use his classic Big Muff pedal. Dinosaur Jr. rarely makes a live appearance, but in 2017 they played in the Amherst town square by the downtown area. The original trio performed “You’re Living All Over Me” in its entirety to the crowds and passersby.

Before ending the interview, I asked Mascis if he plans to perform in the Amherst area anytime soon. Sadly, there was nothing on his schedule with Amherst in mind. We will have to wait patiently for the day to come when he does.