“We have been subjected to oppression and genocide, but what we produce is valued and profited from” 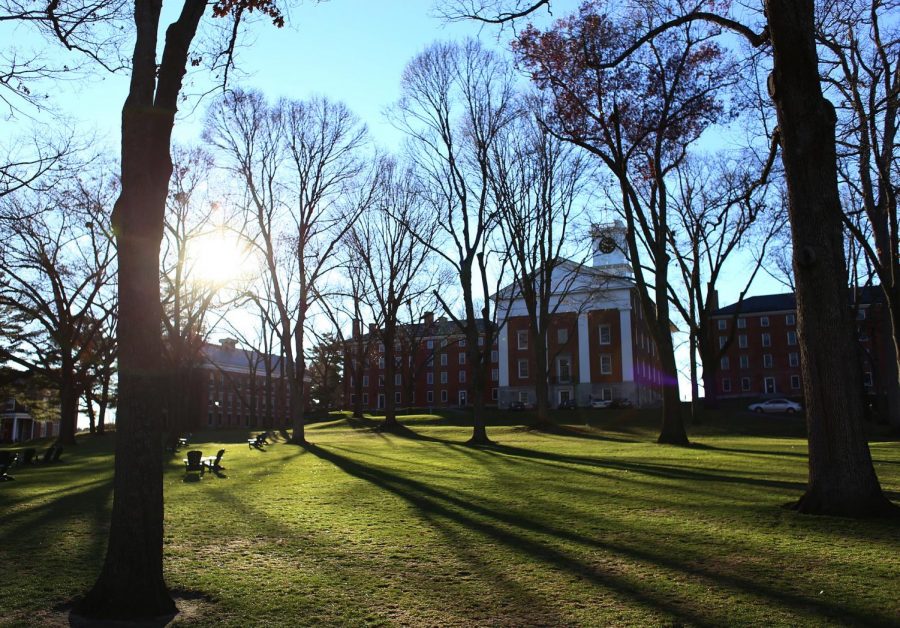 Late Wednesday afternoon, the Amherst College political science department hosted indigenous Guatemalan activist and lawyer, Angelina Aspuac, who spoke about the movement working to secure intellectual property rights for the Mayan community in Guatemala and their recent victories in front of both the Guatemalan Supreme Court and the Inter-American Court of Human Rights.

For a millennium, Mayan women have woven huipiles, brightly colored tunic-like garments worn for a variety of occasions from work, to religious ceremony, to social gatherings and the techniques used to create them are passed from mother to daughter for time immemorial. These articles of traditional Mayan clothing hold a special significance to Mayan communities in Guatemala today, as the continued weaving and wearing of such garments represents a critical part of the fight to protect Mayan identity and culture in an ever-homogenizing world.

Speaking in Spanish, Aspuac noted that for centuries the Spanish Colonial forces took part in the “deliberate systematic destruction of Indigenous culture, knowledge, science and religious practices” and have for decades “supported an education system that framed indigenous Guatemalans as backwards, naked Indians, only brought the gift of civilization and clothing by the Conquistadors.”

In this context, the huipiles take on an elevated position in the fight for the preservation of the deeply threatened Mayan cultures. Dr. Aspuac said “the clothing is the books the Spanish could not burn…direct evidence of the reality that Mayan textiles are an art form thousands of years old.”

Despite the central importance of the garments in modern Mayan culture in Guatemala, the Indigenous women who have weaved them for generations have largely been excluded from profiting from their work. The Guatemalan government, together with wealthy, predominantly white Guatemalan businessmen have declared the huipiles to be part of the cultural heritage of the nation, therefore making them the exclusive property of the state. According to Aspuac, this leaves Indigenous women unable to take ownership of their own work.

Faux huipiles are produced cheaply by machines, and sold around the world. They are based on the designs from Mayan communities, used in works by famous designers, sold in high end stores from Montreal to Milan and even featured at New York fashion week. This was done entirely without the consent of the Mayan weavers, and they received no compensation for the use of designs that had passed from mother to daughter in close knit communities for generations.

According to Aspuac, this process is part of a longtime pattern of “appropriation of culture and knowledge [of the Mayan people], they never ask for permission, and there is a total lack of respect for the women who create them. We have been subjected to oppression and genocide, but what we produce is valued and profited from. It is the same people that discriminate against the Mayan that use their creations to sell to the world.”

Within Mayan communities, different patterns and colors are used for huipiles for different occasions, and there are often very specific regulations for the use of certain garments. Some are worn for religious ceremonies, others for political gatherings and some are only to be worn by particular persons, such as community elders. Companies often use these designs with no regards for their intended purpose, and without respect to the customs and traditions of their Mayan creators.  In one instance, an Indigenous design intended only to be worn by elder women in an important ceremonial capacity was used on clothing for a dog, something which greatly upset indigenous Guatemalans, according to Aspuac.

She continued, “our grandmothers get offended to see it used in this manner, and nobody cares if we are alright with it. [Mayan women] were very upset by the appropriation and inappropriate use of [their] textiles. It is a permanent dispossession, it never helps us it is only for profit.”

This situation reached a head in 2014, when two Mayan weavers were threatened with legal action by a clothing company for their continued use of a design that they themselves had created, but that had subsequently been taken and claimed by the company. Tired of the appropriation of an important part of their cultural identity and fearful they would lose their right to produce textiles that had been central to their culture for a millennia, Aspuac said, a broad coalition of Mayan women petitioned the state to recognize their collective intellectual property rights to designs that were their own. Initially rebuffed, a second challenge was filed, and in 2016 the Supreme Court of Guatemala ruled in their favor, instructing the legislature to create legislation ensuring the rights of Indigenous weavers to their own designs.

A tremendous victory, Mayan leaders began round table discussions with legislators, human rights organizations and government ministers to design a law to be presented in February 2020 that will prevent companies from using artifacts from or images of Mayan people without compensation, and that would create standards of collective intellectual property rights. Indigenous communities across the country have begun forming councils of weavers who will have full authority to decide how and by who their designs can be used and will have the authority to require proper compensation.

Aspuac sees this as just the beginning of a larger struggle for Indigenous rights in Guatemala as she said, “we have been forced to live in a state that essentially doesn’t include or represent us, and is often configured against us. This process has forced government officials to sit with us in the community, and gives us the opportunity to talk about other problems in the community. The struggle starts here but it will go beyond this, and we will continue to work towards the freedom of self-determination for indigenous Guatemalans.”

Manuela Picq, a professor of Political Science as well as Women & Gender Studies at Amherst College organized the event, and stated that she thinks the struggle of Mayan women to obtain commercial rights to their own work is the beginning of a larger struggle across the Americas.

Professor Picq teaches a course which expands on such issues each fall, called Indigenous Women in World Politics.

Emma Cape, a sophomore at Amherst College, who was amongst the 30 or so attendees, believes that the struggle in Guatemala has significance for United States society.

“This talk illuminates the importance of giving credit where credit is due to Indigenous cultures. The same thing goes on here, and we as consumers need to be mindful of who’s impacted by what we are consuming, especially if those items have cultural significance,” she said.