Panel of specialists discuss role of U.S. immigration policy in the 2020 presidential race

“There is a high number of refugees that need to be resettled, and our policies are not reflecting that.” 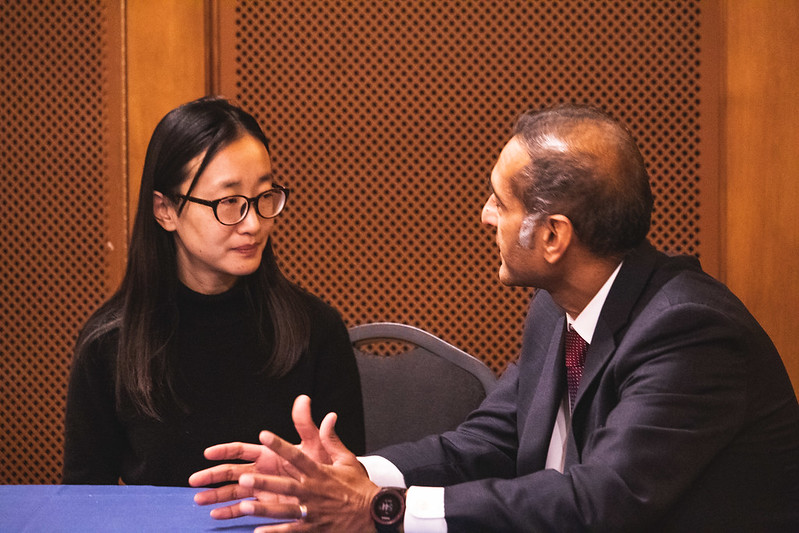 As a part of its Social Science Matters series, the University of Massachusetts hosted a panel discussion on Tuesday regarding the role of immigration policy both in the 2020 presidential race and the United States over the last few decades.

Throughout the talk, the three academic speakers were critical of U.S immigration policy enacted under the current administration. As Abigail Williamson, one of the speakers, said, “there is a high number of refugees that need to be resettled, and our policies are not reflecting that.”

The panel was composed of three professionals whose specializations deal with immigration within the U.S.: Debbie Schildkraut, Chair of the Department of Political Science at Tufts University; Williamson, Associate Professor of Political Science and Public Policy and Law at Trinity College; and David Hernandez, Associate Professor of Latina/o Studies at Mount Holyoke College.

While the public opinion is split on immigration policy, “this notion of ‘we are a nation of immigrants’ actually gets a lot of support,” said Schildkraut. Hernandez corroborated that, but also reminded the audience that “immigration history is filled with racist propaganda against migrants.” The specific target of the racist attacks has changed over the decades, having focused on the Chinese and Jewish before reaching Muslims and Latinx today, he said.

“It is one of those issues that is simultaneously simple but also very complex,” Schildkraut said. She hopes that students keep this in mind, as elected Democrats and Republicans tend to oversimplify the reality of the American public’s beliefs.

“[Immigration] is a subject that is very much a part of the 2020 presidential debates, yet it is a topic where there is so much misinformation,” Williamson said.

“The issue is totally polarized” in the U.S., Hernandez added. He believes that while President Donald Trump remains unafraid to speak his mind, other candidates “avoid the issue the best they can until they get pressed.”

A lack of transparency from candidates may pose an obstacle for individuals trying to inform themselves. Although she doesn’t currently have a favorite choice for president, Lillian Alvino, a senior public health and political science double major, said “they need to explain more about what they want” in order for her to make a decision and that immigration policy “will play a big part in it.”

Marco Maldonado, a sophomore legal studies and political science double major, feels similarly. His decision will “100 percent” be affected by a candidate’s immigration policies, and he said that when engaging in debates regarding the subject, “they should dedicate more time, because it is such an important policy.”

While the talk tackled a variety of angles related to immigration, Schildkraut hopes students walked away knowing that their efforts could make a difference.

“It may feel in the moment like it doesn’t do anything,” Schildkraut said, “but we know in the long run that activism and engagement really can matter.”

Sara Abdelouahed can be reached at [email protected] and followed on Twitter @Sabdelouahed.