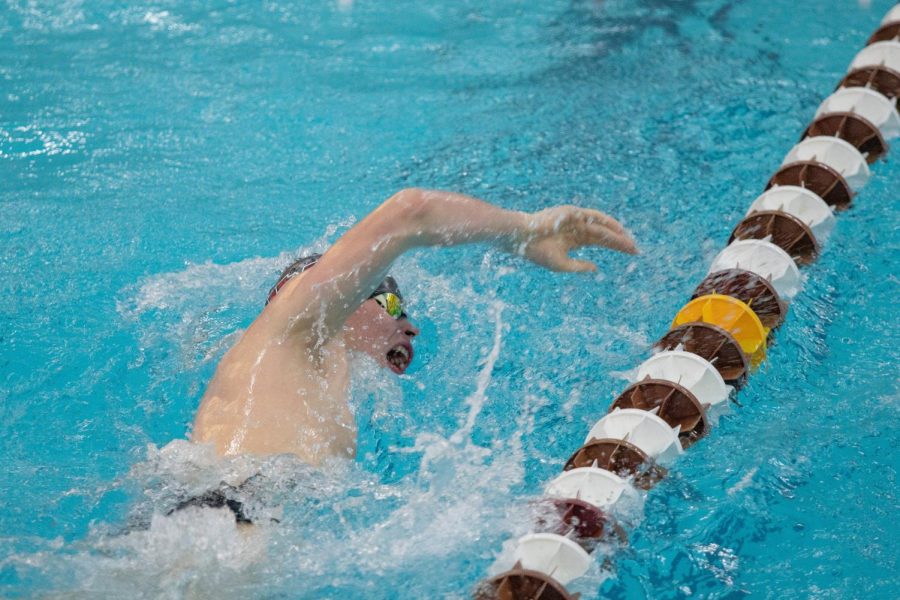 The Massachusetts women swim and dive team heads to Kingston, RI  for a meet against Rhode Island, while the men’s team have two weeks to prepare for the Terrier Invitational, which will be held at BU.

The Minutewomen (4-1) have faced off against the Rams (2-0) in each of the previous four seasons, in which they haven’t lost. Although this is a conference meet for the two teams, UMass coach Bob Newcomb looks at the bigger goal being the A-10 Championship.

“It’s another opportunity to prepare,” Newcomb said. “We got so many different things that we are doing, but it’s just another step in our focus toward the end of the year.”

UMass is trying to prepare a team that will be the best fit for the conference championship at the end of the year in Ohio, which requires strength in numbers.

“Our goal is to move up a spot at [the A-10 championship]. Do I think we can do that? Yeah,” Newcomb said. “The thing about the A-10 is that it involves a lot of depth, so we need a lot of different people. To have two medley relays go that fast together was really good, to have our backstrokers do what they did is really good. I think [last weekend’s meet against BU] was an indication that we put together a pretty good A-10 conference team.”

The next dual meet for the Minutewomen after this weekend will be in over two months on Jan. 17 when they head to Bryant. The break won’t bother UMass too much, because they will compete in invitationals for both swim and dive in the meantime, which is a closer match to the structure of the A-10 championships in comparison to the dual meets.

“Yes, this is our last dual meet [of the semester], but our big mid-season meet, our opportunity to see where we are with what we’re doing comes at the end of November,” Newcomb said. “Dual meets have a huge purpose. When I’m looking at a season, I look at dual meets as a stepping stone to where we want to go. They have a huge function for us to watch the races, to change races, to try new strategies, to watch strokes. All of these meets and events have a purpose to get us to the Terrier [Invitational].”

Freshman Emerson Kiefer was awarded Rookie of the Week in the A-10 after his impressive performance over NJIT last week, in which he posted a 9:52.84 time in the 1000-meter freestyle and a 4:42.04 in the 500-meter freestyle, which both resulted in wins for the Wayland native.

“He certainly deserves it. He’s been training really hard and he’s really starting to come into his own and come into the form I thought he could when I recruited him,” Minutemen head coach Russ Yarworth said. “I think anytime the kids get recognition for their hard work its well deserved.”

Unlike the women, the UMass men have a bye week this weekend, which they are using strategically to prepare for their mid-season test at the Terrier Invitational in Boston.

“We’re doing a two-week really heavy cycle, then a week of rest,” Yarworth said. ” We use the Terrier Invitational as a major benchmark of where we’re at, both as individuals and as a team. It starts to help focus in on who we’re going to take to [the A-10 Conference Championship], and from those kids, who’s going to be on the scoring team.”

The women’s meet will be this Saturday, Nov. 9 at the University of Rhode Island at 12 p.m.