The new American Girl Doll is an insult to feminism

The old American Girl is gone 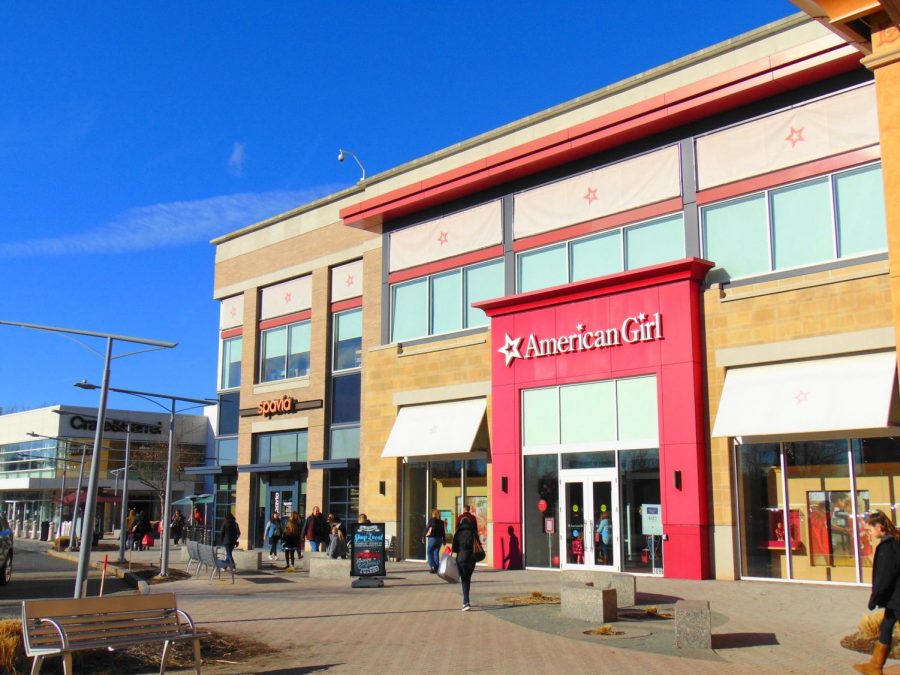 As temperatures drop and we replace ghosts and ghouls with turkeys and pumpkin pie, it’s time to admit that the holiday season is once again upon us. Just in time for the spending spree that is the next two months, American Girl has released a new product to remind young girls what this time of year is really about: money, glamour and commercial spectacle.

Earlier this week, American Girl announced that they will soon be releasing a new product: a crystal encrusted doll worth $5,000. The company will produce only three of the dolls, one of which will be displayed in each of their flagship stores. With American Girl Brand sales dropping 30 percent in 2017, as reported by MarketWatch, the publicity stunt is not surprising. Not only does this latest choice go against the brand’s founding philosophy, it makes a statement about the value of young women that is unacceptable in 2019.

Founder Pleasant Rowland said in a speech for the 25th anniversary of American Girl that her original idea was to create, “a series of books about nine-year-old girls growing up at different times in American history. There would be six books for each and the stories would reflect the important moments of girlhood and how it changed and how it stayed the same over the years.” She said that, even when faced with skepticism, she knew the idea would be a success because it was exactly what she would have liked as a child.

In the beginning, the dolls were a celebration of young women and the struggles they have faced throughout American history. The original three — Kirsten, Molly and Samantha, who have now been archived — were from various ethnic and socioeconomic backgrounds and represented progressive American values such as leadership, activism and being a self-starter. Since then, the brand has started down an increasingly disappointing path.

In 2001, American Girl started releasing a “Girl of the Year,” basically a marketing ploy where a new doll is released and featured on their website for a year before being archived. As described on their website, “the Girl of the Year line empowers girls to make a difference—and reach for their dreams,” and it is updated annually to “ensure that the line remains relevant and reflective of girls’ experiences today.”

Knowing this, the 2019 version must be a middle school class president with dreams of one day breaking the ultimate glass ceiling, or maybe a bilingual pre-teen climate activist who travels the world to save our planet, or at least a member of her school’s STEM club. Except, she’s not. The 2019 Girl of the Year is Blaire: a redheaded, Caucasian New Yorker who likes to cook and throw parties, but struggles to limit her time on social media. No, I’m serious, read her bio.

Even for a franchise, American Girl has always been a bit profit hungry. Along with the dolls and educational materials, the company offers endless accessories to keep people buying. It has a spa where girls and their dolls can be pampered, it hosts tea parties and takes birthday party bookings. There is even a “doll hospital” where customers can ship their dolls for repairs.

Given all this, the situation isn’t hard to understand; American Girl isn’t doing as well as it once was, sales are down and the pressure is on from their parent company to turn things around for the holiday season. In a state of panic, the company needed to create a spectacle, and what is more spectacular than gluttonous wealth?

The problem lies in the message that this sends: when it comes to girls, powerful and progressive doesn’t sell. A company can’t thrive by promoting the education and celebration of women. Instead, when times get tough, the only solution is to revert to the tried and true: pretty, glitzy, sparkly and expensive.

Since 1998, when Mattel bought American Girl, the company has slowly been leached of the feminist spunk from which it was born. The release of the $5,000 seasonal doll marks the moral crash of a once progress-oriented, female-led startup. The original message, which urged girls to learn, dream and support each other is now telling a generation of young females that their most marketable qualities are skin deep.

Rowland’s speech at the 25th anniversary of American Girl was in 2011. She released another comment to consumers of the product five years later at the 30th anniversary in 2016. I have been unable to find any more recent commentary, but the question stands: would the American Girl of today be a product that a young Pleasant Rowland would have picked up off the shelves? Would Blaire have inspired that future high achiever to get an education, to teach, to write or to become an entrepreneur? Or would Rowland have walked past a lavishly dressed but otherwise generic doll in a New York storefront and shook her head before walking on to pursue her dreams?